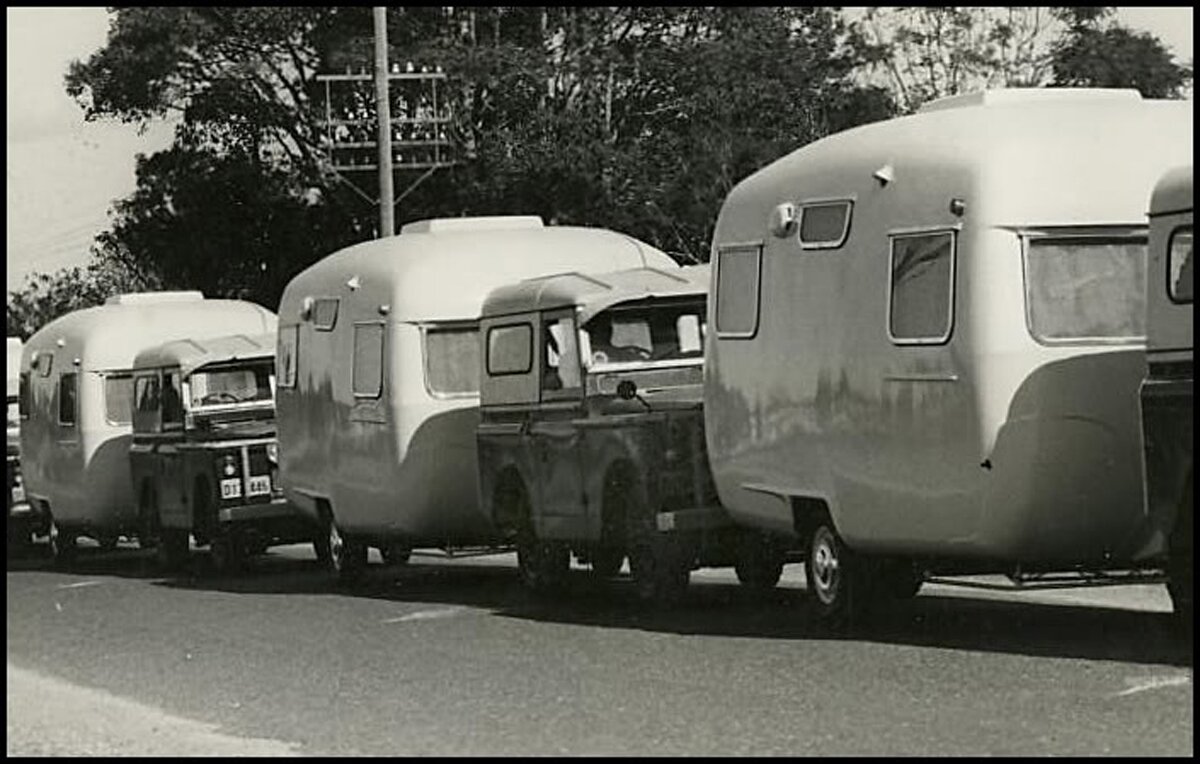 The Rise and Fall of Sunliner Caravans

The story behind the rise and fall of the Sunliner – Australia’s first fibreglass caravan.

Bert Tickner was barely a teenager when he left school, so it’s hard to believe he went on to design and manufacture one of the most sophisticated and stylish Australian caravans of its era.

Curvaceous, lightweight and economical, it’s equally hard to understand why this beauty ever went out of production or indeed, why Bert Tickner’s business isn’t still around today. Why isn’t the Sunliner held up as Australia’s answer to say, the classic American ‘Airstream’?

The story of the rise and fall of the Sunliner is in itself an Australian classic.

It’s also a great story of Australian country ingenuity and one man’s belief in regional development – before it became a catch phrase with bush politicians.

Bert Tickner was determined to manufacture the Sunliner from the small coastal NSW town of Forster to help create jobs and boost the local economy.

This community spirit was inherited by his son Robert Tickner, CEO of the Australian Red Cross and former long-serving Federal Minister for Aboriginal Affairs.

Growing up in Forster in the late 1950s, Robert recalls the population was about 2,000 and it was an arduous drive of 8 hours or more to Sydney – making it expensive to bring materials in and get caravans out. But his father was of a generation renowned for not letting minor setbacks get in the way of
their dreams.

“Dad was a passionate advocate for decentralisation and lived out these values through the businesses he had,” Robert Tickner says.

“He grew up in the little town of Tallong near Goulburn and left school at about 13, was caught up in the Depression and he went selling door to door.

“Later in the 1940’s my parents ‘retired’ to Forster then I came into their lives as their adopted son in 1951. My father was a very community focussed person but never sought glory.”

Robert recalls when the good burghers of Foster decided they needed a golf course, his father jumped on his tractor and shaped the greens and fairways himself. And when local school children needed a swim coach, Bert volunteered and went on to teach a generation of kids over a decade. It’s doubtful many knew ‘Mr Tickner’ couldn’t actually swim a stroke himself.

After operating a Volkswagen dealership in Taree, Bert started selling fibreglass swimming pools in the late 1950s and dabbling in minor inventions.

Robert remembers them as being great innovations.

“I’m not sure if he ever patented anything, but he was always creating clever devices such as an electric pool cleaner made from old washing machine parts and a scrubbing brush!”

Ticker’s dream was to build a fibreglass van so lightweight it could be towed by the Beetles he’d been selling. It was a big ask, because the VWs had a reputation for overheating just pulling their own weight.

It was so light, salesmen at the time boasted “even a woman’ could maneuver it into place on its dolly wheel.

To demonstrate its toughness, the sales brochure pictured three of factory staff all standing on top of a caravan door, balanced end-to-end between two work benches. To prove its lightness, a female member at the same time holds up a second door with just one hand.

The interiors, including cupboards, were also fibreglass. The light tubular steel frame and independent spring shock absorbers completed a package ahead of its time, even though the
manufacturing facilities were not. An oven at the local bakery was put into use after hours, helping to set the Sunliner’s Perspex windows.

There were three caravan models to choose from, ranging from the 13ft ‘Victory’ which sold for 695 pounds through to the 16ft ‘Sunliner Super 16’, selling for 1095 pounds.

The vans received a rave review from the Open Road magazine following a gruelling test over a hundred miles to Wollongong;

“The towing vehicle was a 1958 Holden FC sedan. The course included the descent of Mount Ousely which was accomplished in top gear. The ascent of Bulli Pass, which is generally avoided by caravaners, was attained at an average speed of 25 m.p.h. Sometimes high speeds were maintained for several miles to test the caravan’s trailing characteristics. Complete lack of tail sway and the tenacity of its road holding on bends indicate the chassis, trailing equipment and superstructure have been combined with craftsmen skills to produce a caravan with exceptional road manners. Fuel consumption overall, despite a number of steep climbs and high speeds was 20.57 m.p.g. “

But the high manufacturing costs saw the Sunliner priced at more than the annual salary of an average worker – just as competitors were ramping up cheaper, mass production.

As competition intensified in the early 60s, Tickner dropped the interior fibreglass for the cheaper plywood and fabric finishes used by other van builders.

The independent spring suspension had already given way to a standard leaf system, while the Perspex windows were swapped for aluminium-framed glass as Bert Tickner persevered with his dream and did what he had to in order to stay viable.

Possibly his proudest day came in July 1965 when a mining company took delivery of one of the biggest single orders ever to come out of the Foster factory. Heads were turned as six gleaming Sunliners made their way through Forster towed by gleaming new Land Rovers.

But after years of struggling, the crunch finally came for the Sunliner in 1969, with Forster’s biggest employer unable to continue and closing down abruptly.

“At the end of the day running the factory in Forster proved an unwinnable battle,” Robert says.

“My Dad died in 1984 but lived long enough to see me elected to the House of Representatives as an ALP member which was challenging -as he was a card carrying member of the then Country Party but resigned because it was too left wing for him.

We did have the occasional political stoush as you can imagine!

Robert Tickner says he is proud to see how his Dad’s caravans have become so admired and sought after by today’s collectors.

“After all these years I still get excited when I see one of the Sunliner vans.

“I am so pleased that people recognise the achievements of my father.”