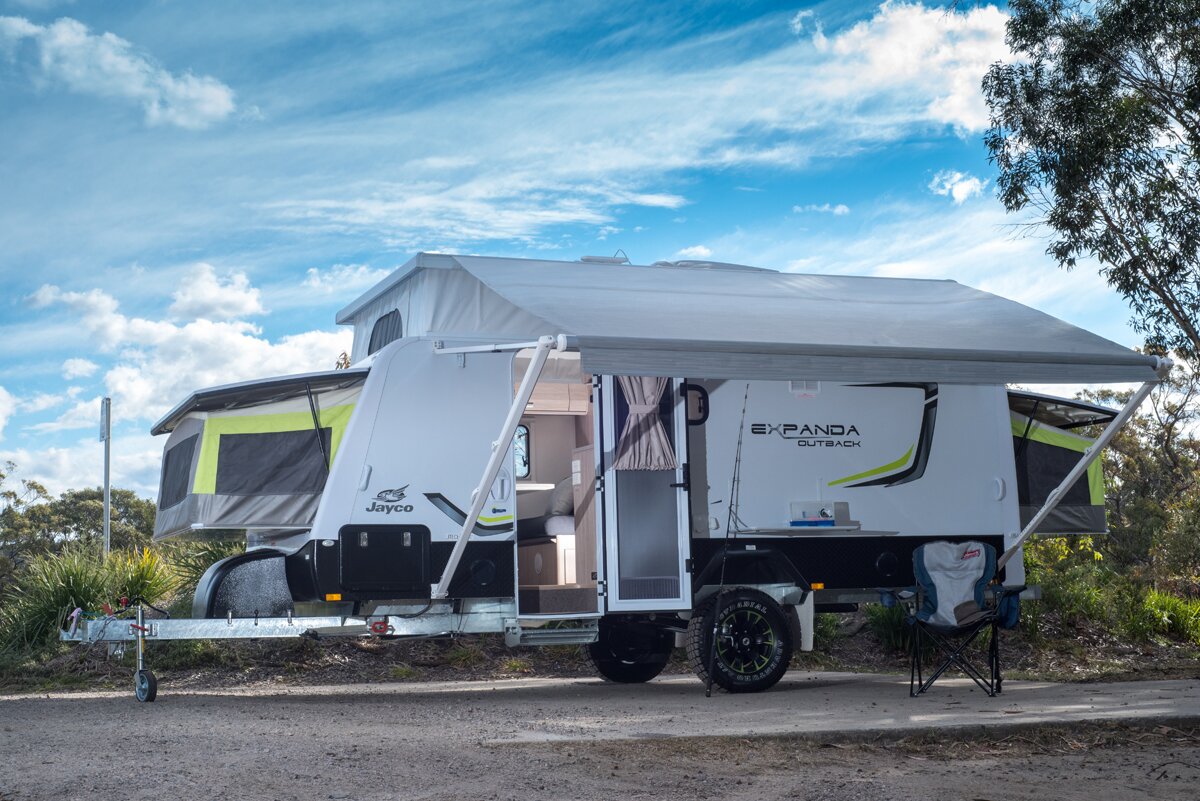 When friends of mine started planning a six-month trip of Australia with their young family – taking their kids out of school for a couple of terms to bolster their educations with some amazing experiences – they asked me for a shortlist of caravans that I thought would be perfect for the job. This 16-foot Jayco Expanda 16.49-3 Outback was on that list.

Here’s why. The Expandas are one of Australia’s most popular caravans, simply for the fact that they are easy to use, have heaps of space inside, are incredibly well featured and don’t cost the world. Even with a generous list of optional features, this example is less than $55,000 tow away and can be hauled by a Toyota Prado or previous generation HiLux. It’s just good value caravanning.

Constant updates have also progressively improved the Jayco Expanda, most notably making it easier to set up and pack up each of the fold-out bed-ends. While the Expanda has never been hard to set-up, amongst other expanding caravans, it was the fiddliest of a good bunch. These days, all that you need to do it open the front and back hatches, fold down the bed ends and fit a tensioning pole against the tent’s bow. After that, you just unclip and unfold the mattress. There’s no muscle needed for any of it and the only thing that really makes it fiddly is fitting that pole. 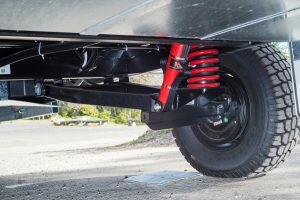 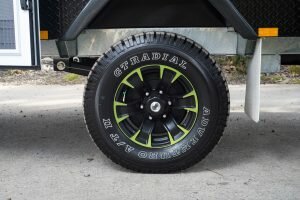 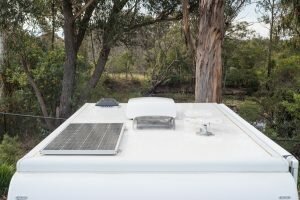 Everything’s a compromise, though, because most alternatives make the job easier by bringing the beds further in-board, effectively shortening the living space of the van. Jayco has resisted, though, and as a result has some of the best internal to body-length ratios in the business – another reason why it’s so great for travelling families.

One small bug-bear of mine is that the roll out awning blocks access to two of the roof clasps, so every time you want to pop the top, you need to open the awning a touch. It’s the same on pack-up. If the awning is closed, you can’t latch the roof.

Even as a reasonably short caravan, when open, there’s around 20-feet of very liveable internal space. A forward door design leads you into the van in front of the dinette booth that’s got plenty of room for a family of four. The main bed folds forward from it, and a handy counter sits just inside the door. 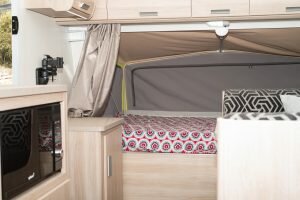 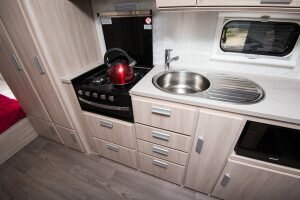 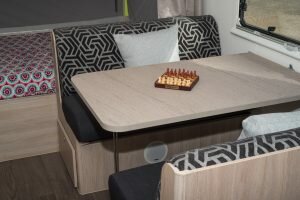 Down the middle of the van is the great kitchen, if not just because half of it features actual, functional and real bench-space. There’s also a four-burner stove with a mini-grill underneath, and a stainless steel sink with hot and cold water. Opposite all this is 150-litre three-way fridge with manual controls. Completed with a microwave and range hood, great storage above and below – there aren’t too many better kitchens in the segment.

One thing the expanding design enables is space for a combination shower and toilet, that’s well placed to the back of the van. Very simple and utilitarian in design, it fits the remit of this van perfectly – adding much needed convenience, especially in the far away campsites you can get to in a van like this. Space is tight so it might be difficult for some to crouch down and wash smaller kids without the door open, but with an adjustable shower head, simple cassette toilet, plus a fold-down basin and vanity, it’s left wanting little.

As a side-note, if you don’t need the ensuite, an alternate floorplan (16.49-4) moves the kitchen to this space and adds a second dinette which converts into a bunk, making it pretty good for families with more than two kids. Tick the option for the external shower and pop-up tent, grab yourself a porta-potti and suddenly things are pretty convenient again. 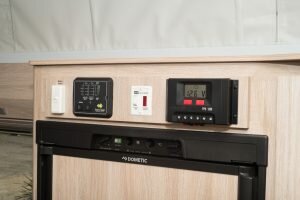 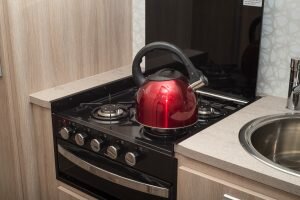 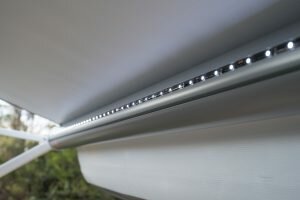 What I really like about the Expanda is that even though it’s very affordable, it isn’t short on comforts. A roof-mounted reverse cycle air-conditioner is a standard feature, and gas struts to the pop-top roof ensure the extra weight doesn’t mean it’s harder to pop it. On the roof there’s also a 120W solar panel standard (although the upgrade to 150W is just $69 and is fitted to the example). The Outback specification also adds a 100Ah battery as standard, which is charged by a 12/240V battery management system. The TV antenna is optional, but also not a priority for many families.

Storage is great throughout the van, and includes double door wardrobe (or pantry – depending on needs), overhead cupboards throughout and even a full width tunnel boot to the front of the van. Storage is also available under the dinettes and in hidden hatches under each of the beds. There’s more than enough for a family. 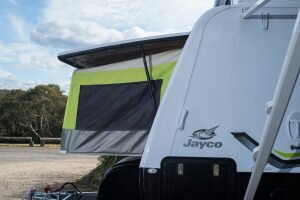 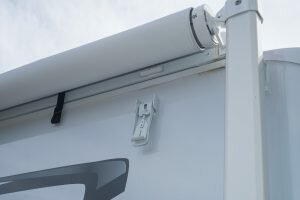 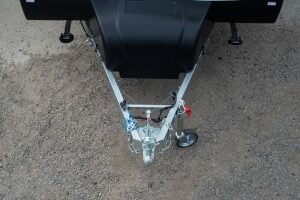 On the open road, the Expanda tows exceptionally well. All Outback models are fitted with Jayco’s proprietary independent, coil spring suspension. With it, the caravan tracks perfectly behind my LandCruiser up and over the Blue Mountains. There was never any sway or unruly bounce and the coil springs soak up even the worst bumps on the Great Western Highway.

Being an Outback, the chassis is also stronger and thicker with extra protection for the plumbing and two 82-litre water tanks. As far as under-van presentation goes, Jayco is almost the neatest in the business. That continues to the A-frame, where the gas bottles are housed in their own pod, leaving the rest largely free of any clutter.

Truth is, there are plenty of great caravans out on the market that are ideal for extended family travel, but few that offer such good value as the Jayco Expanda range does.