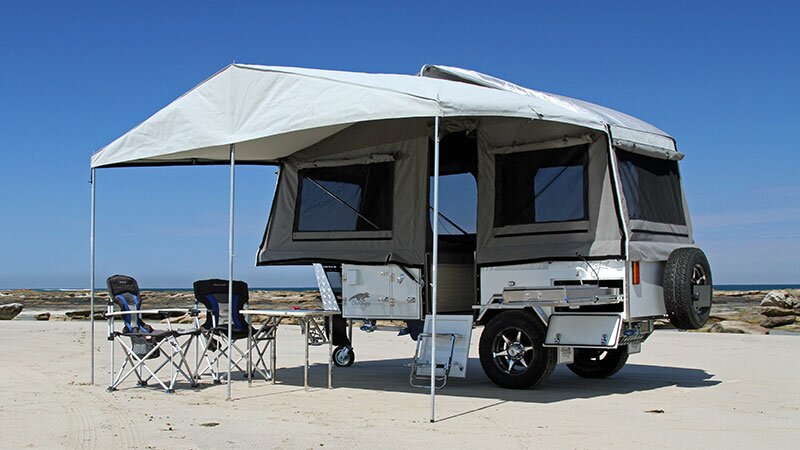 For the weekend warrior with a smaller tow vehicle, Blue Tongue’s new Overland XFS strikes a great balance between size, weight and price.

The traditional image of a camper trailer is of a muscle-bound box being hauled over a rough dirt track behind a large 4WD.  For many this doesn’t turn out to be the reality. They just want the convenience and comfort factors of a camper and have no desire to fork out for big expensive off-road vehicle. 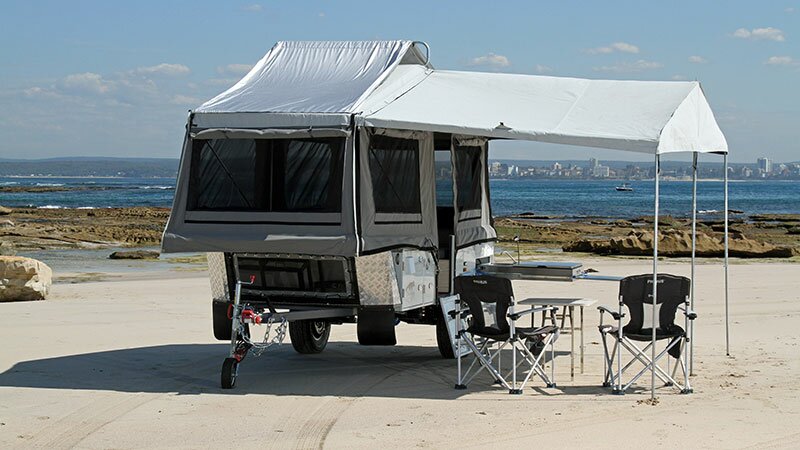 In such a highly competitive market you’d think the market need for such a camper would have been obvious, yet Blue Tongue’s XFS appears to have hit the target in the bullseye, given the range of features included, or rather not deleted.

This is a camper built on a 70 x 50 x 3mm fully galvanised frame, with a sturdy drawbar. The suspension is a fully adjustable trailing arm set-up with 10 inch electric brakes and 15 inch alloy rims on LandCruiser six-stud hubs.

The body is fully welded and finished in two-pack polyurethane paint with stainless steel fittings throughout.  Inclusions are impressive. Storage-wise you get dual jerry can holders, two 4kg gas bottle holders, a fridge slide capable of taking up to a 50L Waeco, a toolbox suitable for a small generator, pole storage plus two more compartments on the driver’s side. There’s LED lighting, stabiliser legs and pinchweld rubber seals on all doors and hatches. 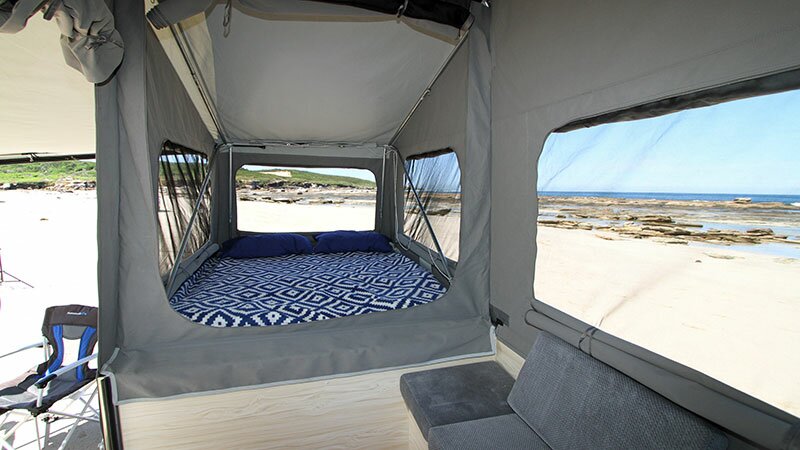 Internally the camper carries a full queen-sized bed, lounge seating around a removable central table and storage beneath the lounge bench seats. There’s a privacy screen across the front of the bed area with huge screened windows. In coming versions Blue Tongue Campers is adding a zip-out side to the tent under the awning to add to the outdoor camping experience. There are LED strip lights above the bed head and at the rear of the lounge.

The slide-out kitchen is located at the rear to help counterbalance drawbar weight (some forward folds have a front kitchen and a consequent hefty ball weight).  Its all-stainless steel construction gives you a three-burner Smev cooktop and a sink, though the smaller overall size makes the space at the sink slightly cramped. There is a pull-out bench extension for food prep and an LED light.

Electrically the XFS comes with just a single 100Ah battery, distinct from the two 100AH batteries of its larger brother, but still sufficient to run a fridge, lights and recharging duties as long as there is good, sunny weather and you have at least 150 watts of solar capacity. There is, however, an option to add a second battery. 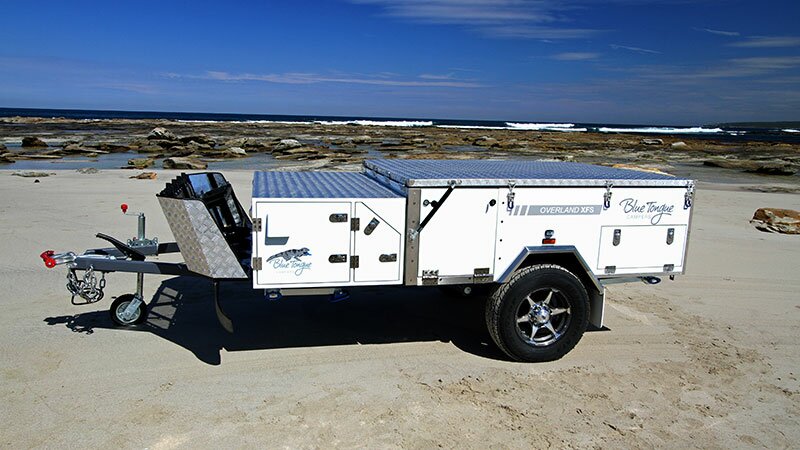 There is an Anderson plug to connect to your tow vehicle’s alternator and a 240V circuit with a 10 amp mains charger that is very adequate for the 100Ah battery. You get 12V sockets ts at the fridge slide, the kitchen and the lounge, along with USB outlets in the latter. All the electricals are managed by a comprehensive control panel.