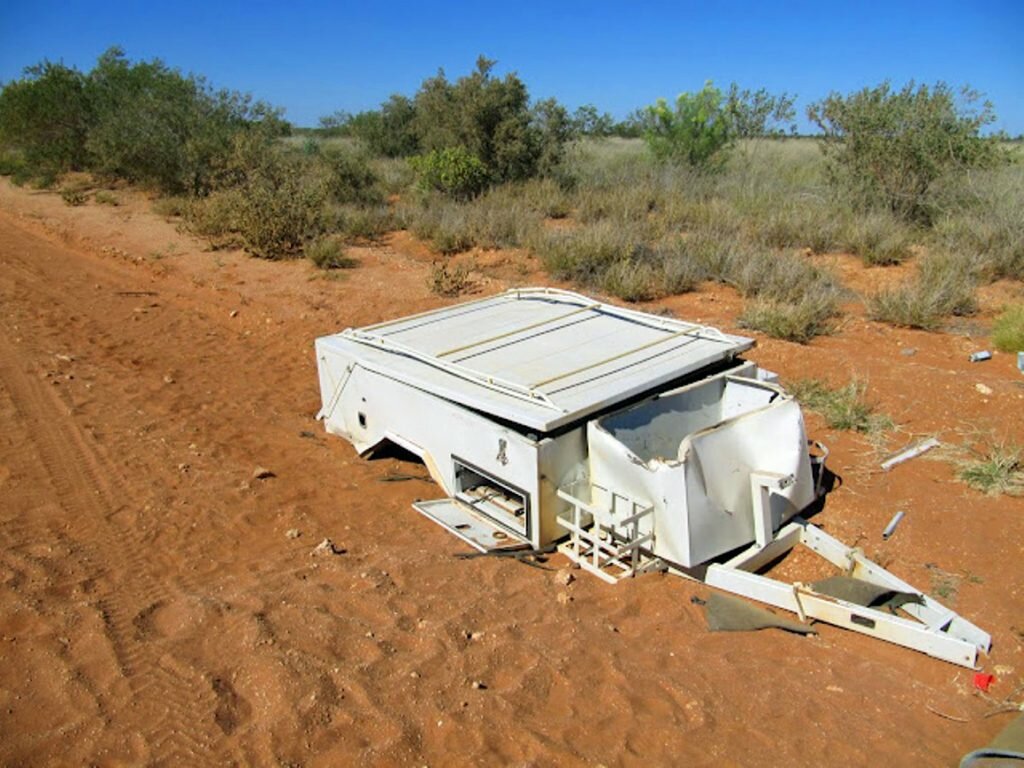 The good, the bad and the ugly

China’s assault on Australia’s camper trailer market has made them more affordable, but also flooded the market with some dodgy products.

In 2007 the online forum for camper trailer enthusiasts, CamperTrailers.org, suddenly found a third of its one million hits per month were coming from China.  Who goes camping in China? It seemed an inexplicable piece of data.

Then came the first wave of Chinese-built campers.  This explained the interest from China: they were taking our ideas to include in their products.

The first examples landing here were diabolically bad.  Welds were terrible, engineering questionable and component choice poor.  They seemed to fall apart while you looked at them.  The outback soon became littered with their bones.

Market forces came into play and the worst of the imports soon began to disappear.  The more adaptable manufacturers modified and improved their product.

Camping and caravan shows were suddenly well populated by Asian faces and there were numerous confrontations between hostile local manufacturers and Chinese people caught under or around their campers with cameras, note pads and tape measures.

Show organisers supported their local exhibitors by ejecting anyone engaged in such activities, but they’d simply buy another ticket and be back in within the hour.

In the past few years, though, the product coming from China has risen steeply in quality.

Now some Australian brands, such as Blue Tongue Camper Trailers and Skamper Kamper, are supplying field-tested units with locally installed modifications and fittings to upgrade their offerings.

There is a manufacturing code in Australia, which should protect consumers, but it simply isn’t enforced.  A guild of local manufacturers appealed to authorities to weed out the dodgy importers by ensuring the same standards applied to all.

Buy what you need

In the far outback, where the gibbers are big, the sand deep and the river crossings difficult it’s still largely the domain of the Australian-made camper, but closer to the coast and major highways the Chinese product now seems all dominant.  A recent survey of my own undertaken at a campground at Scotts Head on the NSW North Coast during school holidays revealed some interesting statistics.

The park was occupied by 29 caravans and 42 campers, plus many tents.  Of the camper trailers there were four recognisable Australian brand campers: a Jayco, an Aussie Swag, a Camp-o-Matic (though these have in recent years been built in China) and a Challenge.  All the rest were Chinese in origin, and almost universally they exhibited a common and unique camp set-up. 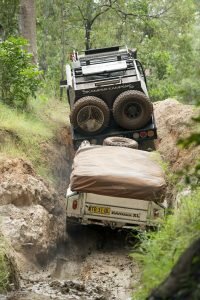 But extensive offroad use imposes a lot more hammering to any trailer and that is where the Chinese campers have often failed to survive, despite all the marketing assurances that they are “built tough” and can take you to Cape York, the Kimberley or anywhere else you might wish to travel.

The better Chinese units, now with independent suspension, hot dip galvanised chassis with sound welding and the correct gauge of metal and high tensile fasteners are able to take you to most remote locations.

If there is an area in which Chinese-manufactured campers still fail it’s in their functionality.

It’s probably pretty accurate to say that nobody who builds camper trailers in China has ever used or slept in one.  They are simply making components for an item that’s sold overseas.

The sad part is that many customers are unable to see the benefits of the local-made product, so that companies such as Modcon, while still making their excellent local trailers, are now forced to import a Chinese copy to meet the demand for something cheaper.

What choice is there when faced with two campers appearing similar in design and finish yet one is close to half the price of the other?

For the full report on what to look for when buying a camper trailer, see Issue 24 of ROAM