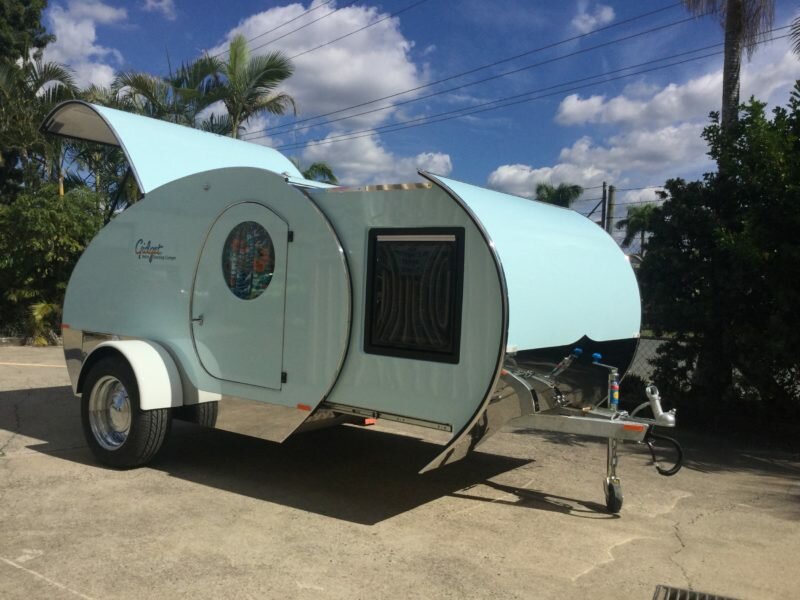 A Queensland manufacturer of custom teardrop campers, Gidget Retro Teardrop Campers Pty Ltd, has entered voluntary administration due to insolvency of the company (see the notice here). An email to customers says the manufacturing has ceased and that expected delivery dates of orders are no longer applicable. It also says that the company’s finances are being assessed and options for the future explored.

According to Tracy Leigh, founder of the Lemons Caravans in Aus Facebook group, the company may have been trading insolvent for a number of months. She alleges in an email seen by ROAM that many customers who had paid deposits stand to lose that money, and that many of them were coerced into paying them to jump the waiting list for campers. She also alleges that many customers waited years for campers to be built, and only received refunds on deposits after approaching Fair Trading for help.

Gidget Teardrop Campers began in 2012 and is described on its website as being the invention of Glenn Wills and his partner Christine Bree. The company is said to have done 90,000km of testing on its prototype before putting it into production from a small warehouse in Brisbane in 2014. The company also has an operation in the USA, although a notice on the gidgetusa,com.au website says sales are on hold as the Australian operation tries to clear a backlog of orders.

Gidget has appointed the firm Worrells Solvency & Forensic Accountants as administrators through this process. Customers with concerns should contact [email protected] for further information. Gidget has been contacted for comment and is yet to respond.