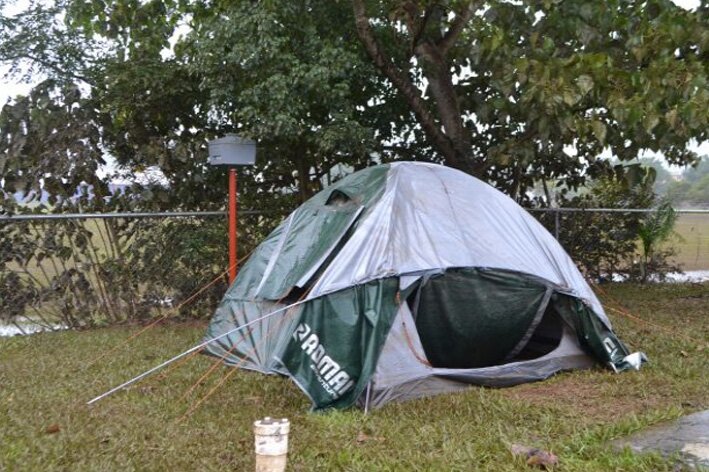 Lismore Centra Tourist Park was one of hundreds of homes and businesses devastated as torrential rains and floods from ex tropical cyclone Debbie swept through SE Queensland and northern NSW.

“Luckily our cabins are all on floats,” Lismore park operator Ken Thomas says.  “This place is prone to flooding but what happened this time round was totally unexpected.”

Also unexpected was the fact a couple of cheap two-man tents miraculously stayed standing in place when the tsunami knocked over caravans and planted them in trees.

Those copping a fatal hit included a couple of vintage Viscounts and a brand new Condor worth around $70,000.

More to come of this article in Issue 26… Out this week!