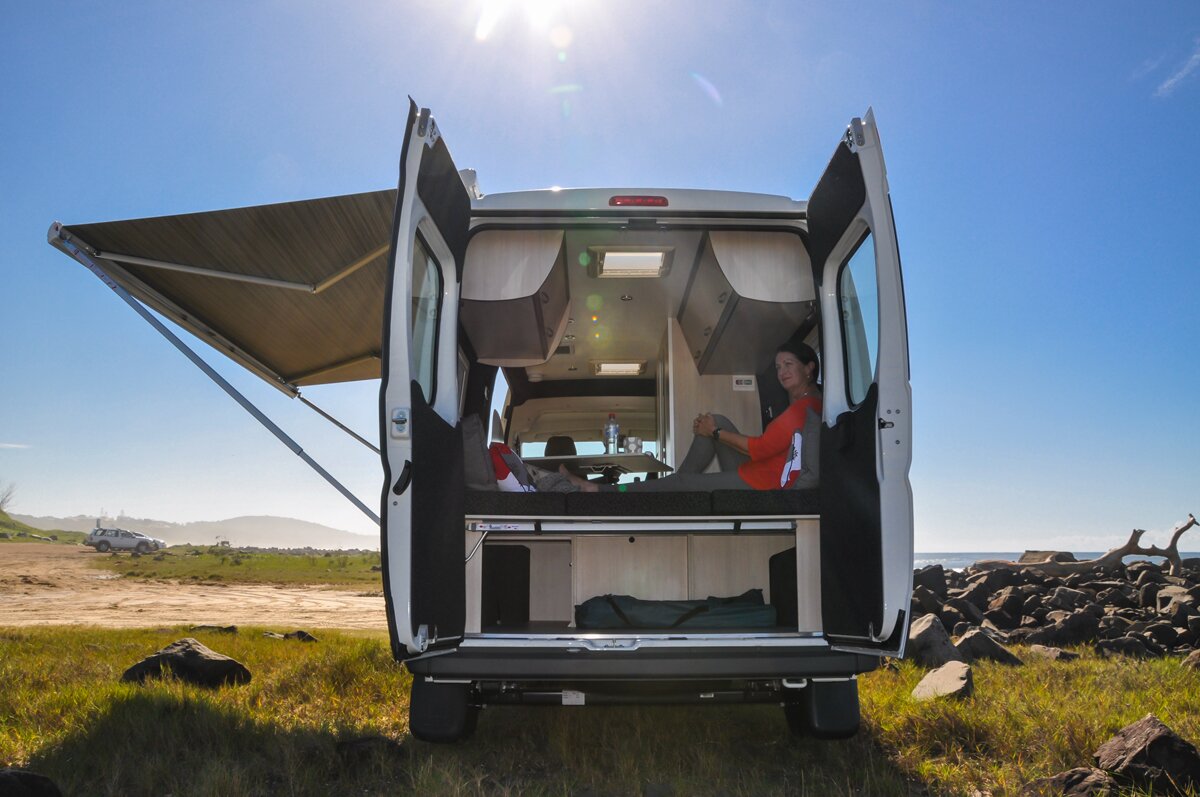 Van conversion motorhomes occupy a special niche in the Australian RV market. Horizon Motorhomes is the only dedicated manufacturer in that segment and is well known for its quality work and affordable prices.

In case you’re wondering, the difference between a campervan and a motorhome in this style of vehicle is the addition of a bathroom in the latter. Size is usually a good indicator too, with van conversion motorhomes being bigger.

A new model from Horizon is a rare thing and until now its entry-level model has been the Melaleuca. Built on the class-leading Fiat Ducato, it’s compact and particularly popular with solo travellers. It’s also very well equipped, but over the years the price has crept up. Enter the Melaleuca Appeal: an entry level version designed to better balance price point and equipment levels.

“The Appeal has the capability to be upgraded at anytime. If you (later) decide you really can’t live without a TV or filter water tap, or that you would like additional reading lights, they can all be easily added – the base set up includes all wiring and necessary outlets for all those little extra comforts.”

Truth be known I was concerned the bean counters might have pared too much equipment in their pursuit of affordability. In reality they seem to have struck a good balance. The result is a $102,500 drive-away price for the manual Appeal, or $105,550 for an auto. By comparison, the ‘full strength’ Melaleuca costs $112,500 on the road. Ducato Details
The Melaleuca Appeal is built in (Horizon calls itself the Built In Specialists) a long wheelbase Fiat Ducato van. Ducato vans are ideally suited to motorhome conversion due to their very square shape. Being front-wheel drive they have a low floor height because there’s no drive shaft or bulky rear axle/differential, while more under-floor room allows for a bigger water tank. That lower floor height means increased headroom without the need for a high roof, plus the Ducato is wider than its rivals, meaning for many people an east-west bed is viable. Add to that a higher gross vehicle mass (GVM) rating for increased payload, a larger 125-litre fuel tank and a lower price and it’s no wonder the Ducato is king of the van-conversion crop.

New for 2017, all Fiat Ducatos get a 2.3-litre Multijet2 turbo-diesel that’s Euro 6 emissions-standards compliant. Melaleucas have always had a 2.3-litre mill producing 110 kW of power and 350 Nm of torque. The new engine ups the torque ante to 380 Nm, which is a real bonus. For those who want maximum power a version of the new 2.3-litre engine is optionally available with 130 kW and 400 Nm.

In an interesting move the Melaleuca Appeal comes with a six-speed manual gearbox (the six-speed auto is an option, and still standard on the ‘full strength’ Melaleuca). I say interesting because Australian motorhome buyers have shunned manual gearboxes for some time – witness the demise of the Ford Transit as a base vehicle predominantly for that reason. It’s certainly a move to help bring the price down, but also a good one in my opinion. 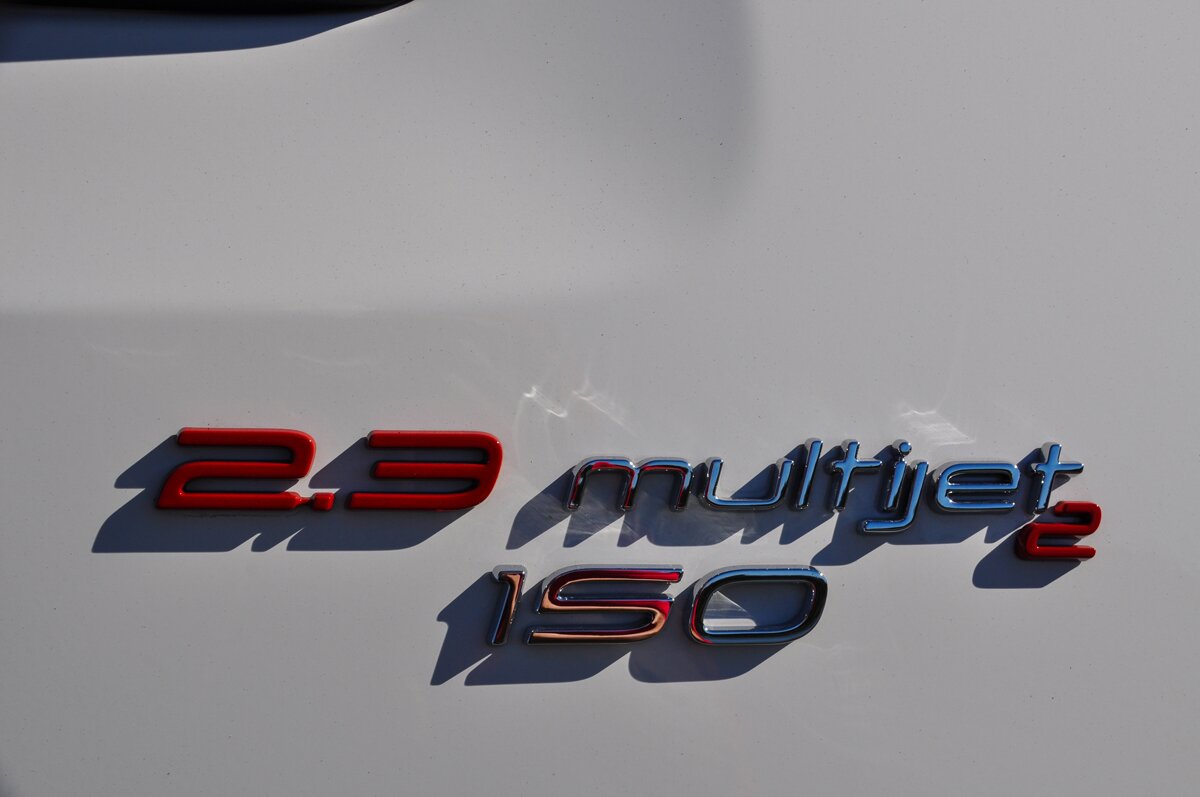 Behind the Wheel
Ducatos are light, easy and fun to drive and this one is no exception. The new Multijet2 engine feels just like its predecessors, but we only put a few kilometres on it so I can’t comment on its open road abilities (although I have no doubt they’d be fine, given the increased torque).

The test vehicle had the auto gearbox, which in truth is an automated manual (sans-clutch) called the Comfort-matic Transmission in Fiat-speak. It’s an interesting gearbox that you drive like a conventional auto, but which still pauses slightly between shifts as a computer changes gear. For my money, however, I’d take the manual. While I wouldn’t buy a manual car these days, somehow a manual motorhome/light commercial vehicle feels right. In any case, Fiat’s manual gearbox is precise if a little notchy, while the clutch is light and progressive.

Perhaps it’s a function of the smaller/lighter engine, but the Melaleuca Appeal felt lighter to drive than usual. My wife also commented on how light and easy it was to drive as she did laps of the beachside area for the camera. Visibility was as good as ever, ditto cab comfort, and all-in-all this sixth generation Fiat Ducato remains a terrific motorhome base vehicle.

Inside…
In a 5.99-meter long box there’s only so much you can fit in and so many ways to arrange it. Up front is the cab, in the middle are the kitchen and bathroom, and at the rear the combined dinette/bedroom. It’s standard Horizon Melaleuca stuff and a layout that works particularly well despite the vehicle’s sub-six metre length.

The kitchen is well equipped and has masses of drawer space, while the mirrored bathroom door helps light-up the interior. The bathroom itself might seem a bit spartan as it only provides a loo and corner hand basin, but it’s dimensions and equipment are part of a deliberate design philosophy: with space in such a small vehicle at a premium, its size/equipment reflects the limited time you’ll spend inside it.

The good news is, despite the lighter list of standard equipment the character, comfort and ‘appeal’ of the Melaleuca are minimally impacted. Appearance wise you’d be hard pressed to pick the differences, at least at a casual glance. Stepping inside, the differences aren’t all that obvious either, with the missing TV the most apparent. Interestingly, my wife commented the TV’s absence gave the dinette/bed area a slightly less cluttered feel, which added to an overall “sense of simplicity” she found quite appealing. The Melaleuca’s floor plan has always been appealing in its simplicity and practicality, but it’s the dinette/bed that stands out. U-shaped across the rear, it can provide an east-west double bed across the back, with dinette up front that you can leave in place at night. Or, you can remove the multi-adjustable Lagun table and have single beds down the sides, using the piece in between (by the rear doors) as a bedside table. Alternatively, you make the whole thing up into a giant king bed! There’s full-width storage under the rear of the bed too, accessible through the back doors and also via a removable board that provides access for long items into the aisle. All cabinetry, fixtures and fittings are the usual high quality Horizon items, while decor and design are a nice balance of functionality and appeal (there’s that word again). The kitchen remains a good size and well equipped; the bathroom is compact but functional and all you need (although a mirrored shaving cabinet would be good), and there’s enough storage space for any owner’s reasonable needs.

Verdict
Despite its entry-level status, Horizon’s new Melaleuca Appeal is aptly named. It retains the original Melaleuca’s strengths without sacrificing its character or charm, and that’s no accident. It’s what happens when you take a highly developed design and refine it to a specific end. Perhaps the surprise is its appeal despite the lighter equipment list. In fact, it’s very appealing indeed…