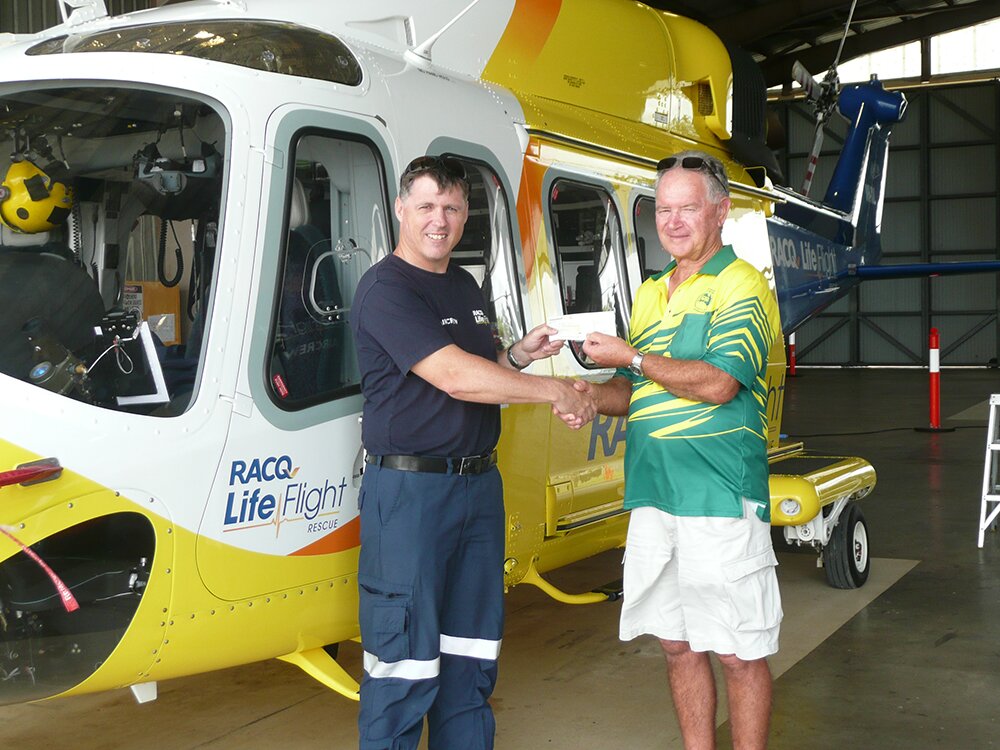 “It is for this reason that the ACC Wide Bay Burnett Nomads chose RACQ Life Flight as the charity to be the recipient of its 2017 annual charity gifting,” Mr Smith said.  “We were delighted to be able to present a cheque for $1,000 to RACQ Life Flight.”

Each year, the ACC Wide Bay Burnett Nomads make a generous gifting to a worthy charity.  “We hold raffles at every branch muster and it doesn’t take long for the prize money to mount up,” said Mr Smith.

ACC National Chairman Craig Humphrey said that the Club was very proud of the ACC Wide Bay Burnett Nomads and its annual gifting to charity.  “The branch members have always played an active and integral role in the success of the ACC and this is one of their many successful activities,” Mr Humphrey said.

The ACC Wide Bay Burnett Nomads was the third ever branch of the ACC to form and recently celebrated its 10th anniversary.  The ACC now boasts an impressive 49 branches in various locations around Australia.