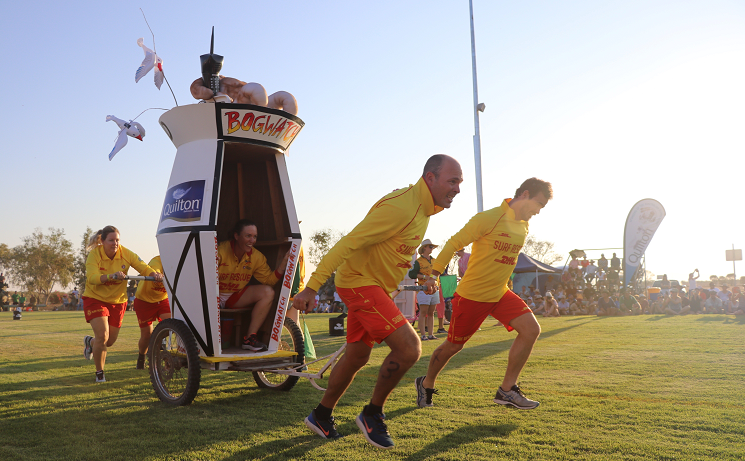 Media release – Not even high outback temperatures could stop the crowd cheer on for a record run at the 2017 Quilton Australian Dunny Derby with winners of the 2017 porcelain bowl local Winton Butcher “Runny Rumps” taking out the Derby, with runner ups “Pirates of the Cari-pee-an”.

Pseudo American team, “The Trump Dump” took out the “Constipation Stakes”. Other crowd favourites included teams called “Boggo Road”, Luke and Cody Cook of the “2 Ply Guys”, ABBA inspired “Waterloo”, the surf rescue team from “Bogwatch” and even outback accountant O’Regan and Partners with their team “The Tax Dump” (just to name a few) getting in on the action.

Through the genuine fun of the Derby, the Outback Festival partnered with Queensland Health to help increase awareness of bowel cancer. Visitors supported “the push” with ultimate festival accessories this year being the “Make No.2 Your No.1 Priority” Bum Boxes. 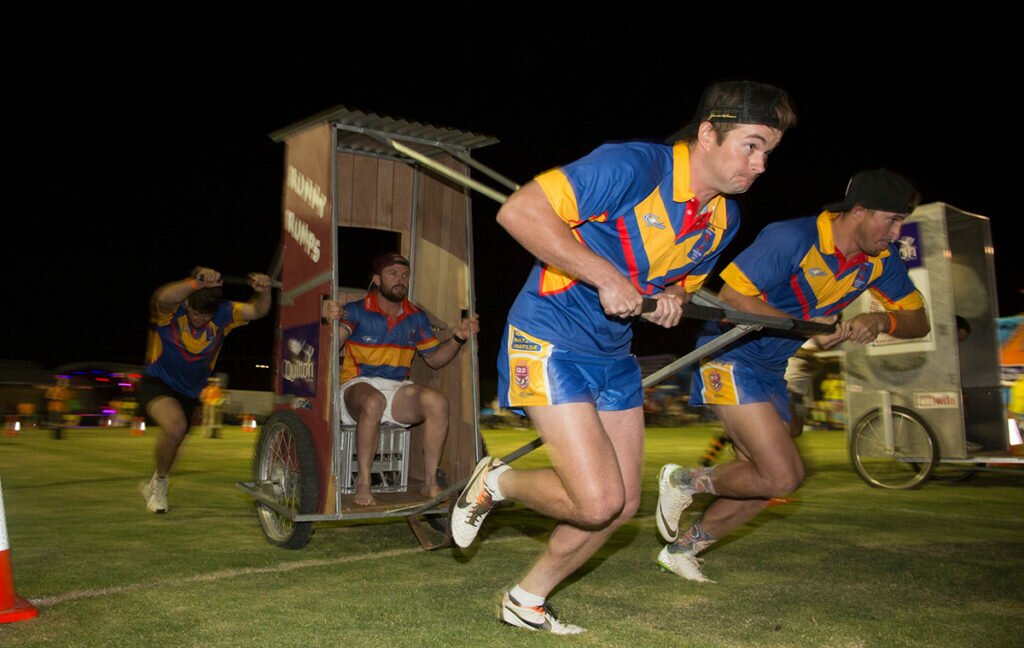 Bowel cancer is a major cause of cancer related death for both men and women with around 80 Australians dying from the disease every week. The good news is, if detected early up to 90% of cases can be successfully treated. For more information on bowel cancer screening, visit www.qld.gov.au/bowelscreen.

Queensland’s Chief Health Officer Dr Jeannette Young is proud to support an iconic regional event and reminds Queenslanders over the age of 50 to make bowel screening a priority.

“Partnerships like this one allow Queensland Health to further engage with Queenslanders on important issues like bowel cancer screening,” she said.