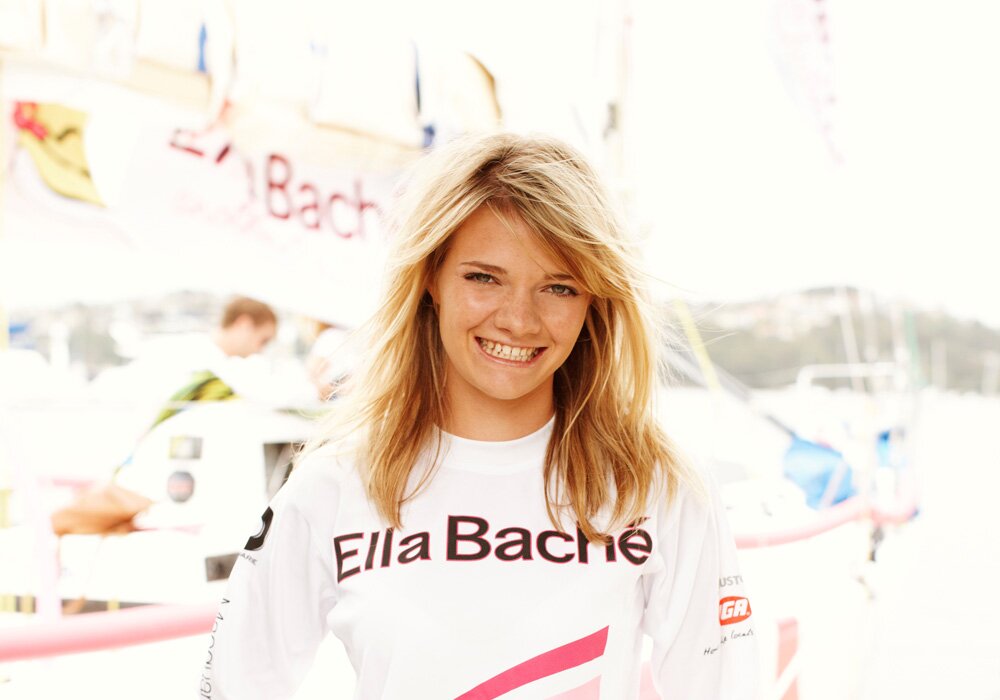 Jessica Watson stopped the nation on May 15 2010 when she sailed into Sydney  Harbour after sailing unassisted around the world, becoming the youngest person to do so.

Since that epic journey, Queensland born and raised Jessica has kept her polite and charming persona and settled back to everyday life as she maps out the next part of her life’s journey.

According to her mum Julie, there was nothing “superhero like” about Jess before she sailed around the world. Three years later, at the age of 20, Jess has the maturity and grace of an elder but is still young at heart. She acknowledges how lucky we are to be in a country where we are free to explore but also a country that encourages its youth to embark on whatever goals they choose.

Of course still Jess loves s sailing, although recently has been focussed on studying and writing and she’s also an ambassador for the Save the Bilby Fund. While she’s right at home on water, Jess equally loves exploring the Australian bush and pitching a tent on solid ground.

We went everywhere to various lakes, creeks, dams, hinterlands and beaches. I have great memories of camping at Elanda Point on Lake Cootharaba (near Noosa, QLD). We camped around the edge of the lake which was incredible it was so big and safe. Mum and Dad just let us loose to do what we wanted.

At Elanda Point we had so much space to roam and places to explore both on the water and on the land. We had our favourites, but discovering new places is always part of the adventure whether it be the bush or beach, out somewhere quiet and remote or in the middle of a bustling town.

Did you camp in a caravan or tent?

We started out in tents and along the way got a caravan but the tents have always been there. We received a little tent each for Christmas one year and often used them even though we had a caravan.

Some of your favourite camping memories?

Being able to just do what we wanted, like mapping the lake at Elanda Point with my brother and sister. We explored the lake in little boats and we drew each part of the bay and the points and we gave them names. This was one of our big achievements!

Any not so favourite camping memories or experiences?Rain, rain, rain. It can be pretty unpleasant.

Do you have any camping tips?

Must do’s and don’t’s

Don’t leave chocolate in your raincoat pocket. The possums chewed their way into my tent and into the pocket! Lesson learnt…eat the chocolate! And hold your sausage close to you if there are any kookaburras nearby.

Do you still like to get out and explore Australia? If so, what’s on your camping location wish list?

I’ve had a glimpse. We saw a little bit of Australia as a family when we went camping but there is so much more out there. I’ve spent so much time on the coast in recent years but I know there are so many more awesome places that I want to see. I would really like to see more of inland Australia, the deserts and the different landscapes.

Would you prefer to do this in a caravan or tent?

I’d probably go back to the tent.

Sailing the world you would have seen a lot out there. How would you compare sailing with camping?

I suppose there are some similarities like being at the mercy of the elements and being reliant on the weather. Also the fact that you are often by yourself and reliant on instinct, skills and also what you pack.

What are you up to with sailing? Any more enormous adventure plans?

No I am pretty happy at the moment but who knows. I don’t want to put myself under too much pressure like that right now and get caught up in another big project. I am studying a communications/sociology degree and one my big goals is to finish. There are so many other things I’d like to do and that includes more down-time with mates and camping. My sister and I
have a few great friends who enjoy camping, so we do have plans to do that.

How did you get involved with Save the Bilby organisation?

Mum had known Frank Menthy, one of the founders, for quite a long time as she used to take kids along to see the bilbies, so we had a connection with him. He introduced himself to me and we knew he was an awesome guy so I agreed to help out and lend a hand.

It’s been great. I’ve been along to quite a few publicity events to help promote the plight of the bilby and other endangered native animals and there’s even a bilby named after me so I intend to go and meet her as soon as I can. As yet I haven’t visited the safe bilby enclosure but that’s something I would really like todo and that could be a good opportunity to camp out.