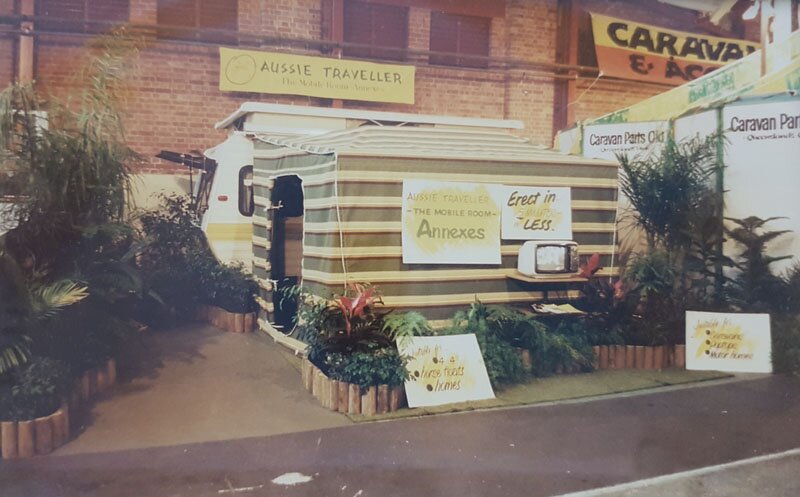 Aussie Traveller, the family owned Brisbane manufacturer of awnings, caravan windows, doors and now, fridges and air conditioners, has been celebrating 30 years of business while displaying it’s complete range at the Brisbane Caravan and Camping Supershow. In fact, 30 years ago, the Brisbane show was one of the very first Mike ever exhibited at, back in 1988. Then he had a single caravan fitted with his Coolabah awning and wall kit, a product that remains almost unchanged in function (if not form – those 1980s fabrics haven’t dated well) to this day. Owner Mike Freney says he could never have imagined where his company now is, back in the late ’80s, when I caught up with him on his stand.

When Aussie Traveller first entered the market, the Australian caravan industry was in tatters, selling only a few thousand units each year, even though caravan holidays were still popular and caravans were fitted with very little in the way of external accessories from the factory. Mike said, “Back then, family holidays were spent at beachside caravan parks every May, August and December. Caravanning was affordable and offered a chance to reconnect with nature and with each other.” 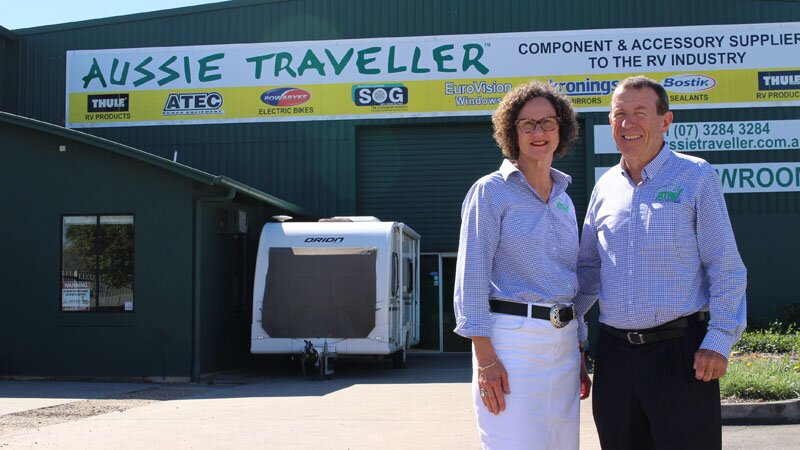 “It was also the mining boom era where there was no town planning or dongas available to house people. They all stayed in caravans and awnings and annexes offered respite from the four walls of the small van, while being protected from the elements. Caravan production grew very quickly during this time!” 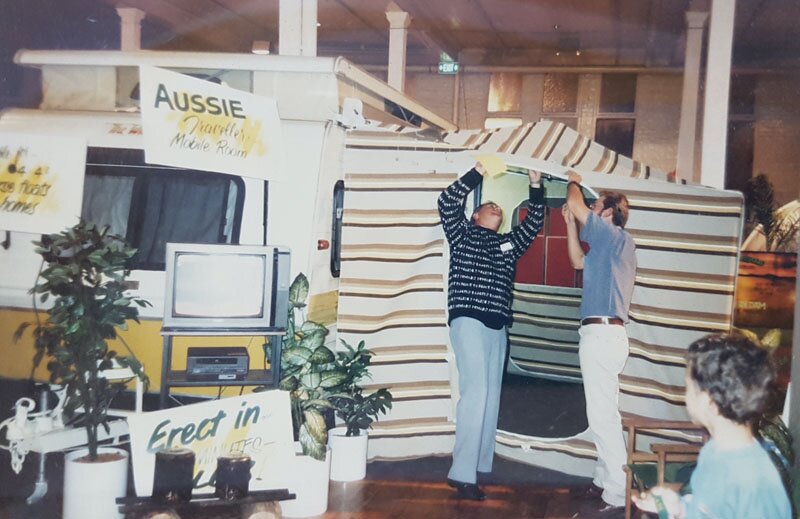 The biggest change in the industry, according to Mike, has been the proliferation of accessories like awnings and air-conditioners being fitted to caravans from the factory. When Aussie Traveller began, these items were a luxury and most caravans weren’t fitted from factory. Given there was a large fleet of caravans of all ages, that and the growth of the industry from its low-point was a stepping stone for AT’s own growth. But as the trends changed and caravan manufacturers offered more with their vans, things had to change for Mike’s company.

What started as a retail business had to swiftly change course when caravan and RV manufacturers started installing awnings, air conditioners and other products before handing over to the customer.

“Realising that our market was declining around the early 2000s, we had to change tact with our business model and start working with manufacturers and dealers to sell our products. In addition, we developed a market with community service vehicles such as police, ambulance and the fire brigade who all need access to shade on outside duties,” Mike said. 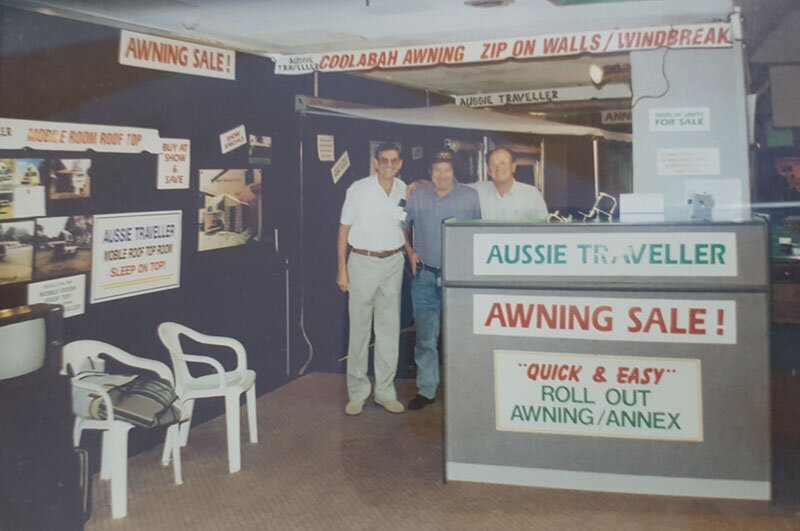 Today, the Aussie Traveller line on products is designed, not only to give end consumers quality products, but to offer manufacturers a sort of one-stop-shop for their manufacturing needs. While it’s possible to buy individual awnings, windows, doors or air conditioners, manufacturers can come to Aussie Traveller and order many of essential caravan components in one job lot. It’s helped the company grow from a small 200 square metre factory in 1988 to a 9000 square metre space spread over two warehouses in Brisbane. Mike says, “Today, the whole industry is worth about $2 billion. It’s with great pride that our little Australian brand plays a small part in the industry’s growth alongside some huge players in the market.”

Have you ever had an Aussie Traveller awning or product? Tell us what you thought in the comments below.