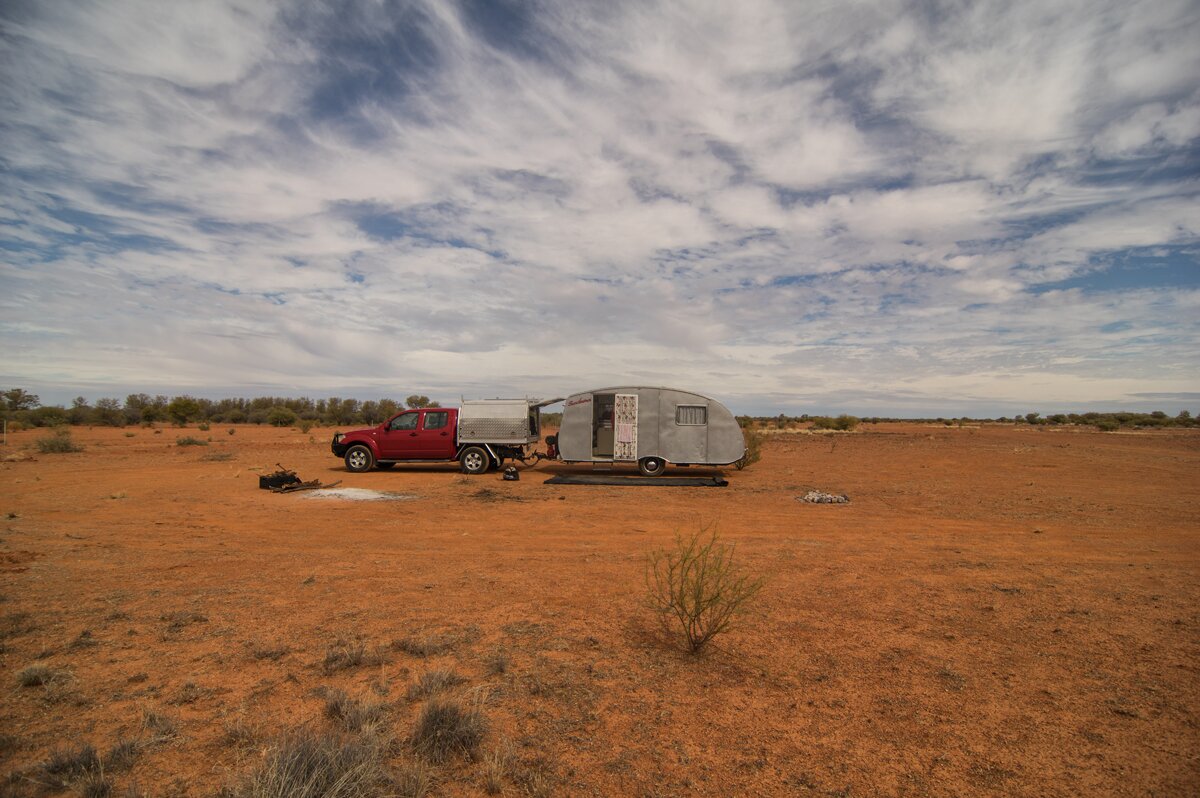 Stephen and Caroline Lloyd are the fourth owners of their beloved ‘Sunny’, a Sundowner caravan built in 1946. They say travelling in a vintage van is always a conversation starter. So we sat down with them and started a conversation. 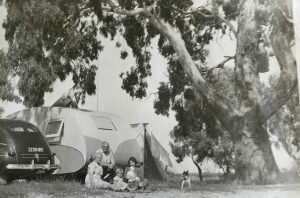 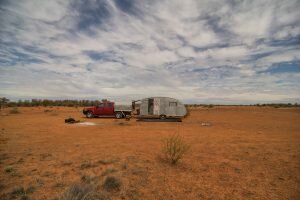 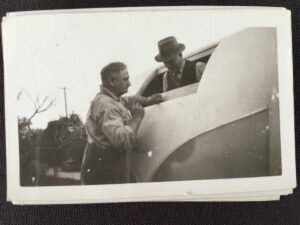 Where did you find your van and how did you come to own it?
We actually rented Sunny from the second owner for about 12 months and parked her in Stephen’s parents’ driveway whilst we built our house. From there, it went to another family member but by 1992, they no longer needed it and it was suffering from wear and tear. We renovated the van for them and it was sent back to its owner in Newton, South Australia. As he was so pleased with our renovations. Sunny was left to us in his will 25 years later.

What condition was she in?
Our first renovation with Sunny rectified a lot of wear and tear due to the second family having three lively boys. We had to replace all of the tyres, source a new spare, repaint the woodwork inside and remove the ancient gas gear. Caroline and I also put on a temporary marine ply roof to make it waterproof, added a bar fridge and hung some new curtains. Since being left the van in 2013, our second renovation has involved updating the running gear by replacing the tow hitch and installing electric brakes. The unique moon hub caps have been re-chromed, the timber work has been replaced to rid rot and there’s a reinstated 12volt battery system for free camping. The van has been completely reroofed with soft board canite and canvas using bitumen alongside a heat reflective paint. A manual water pump system and concealed LED lights were installed. For finishing touches, new cushions, curtains and floors were also given to Sunny. 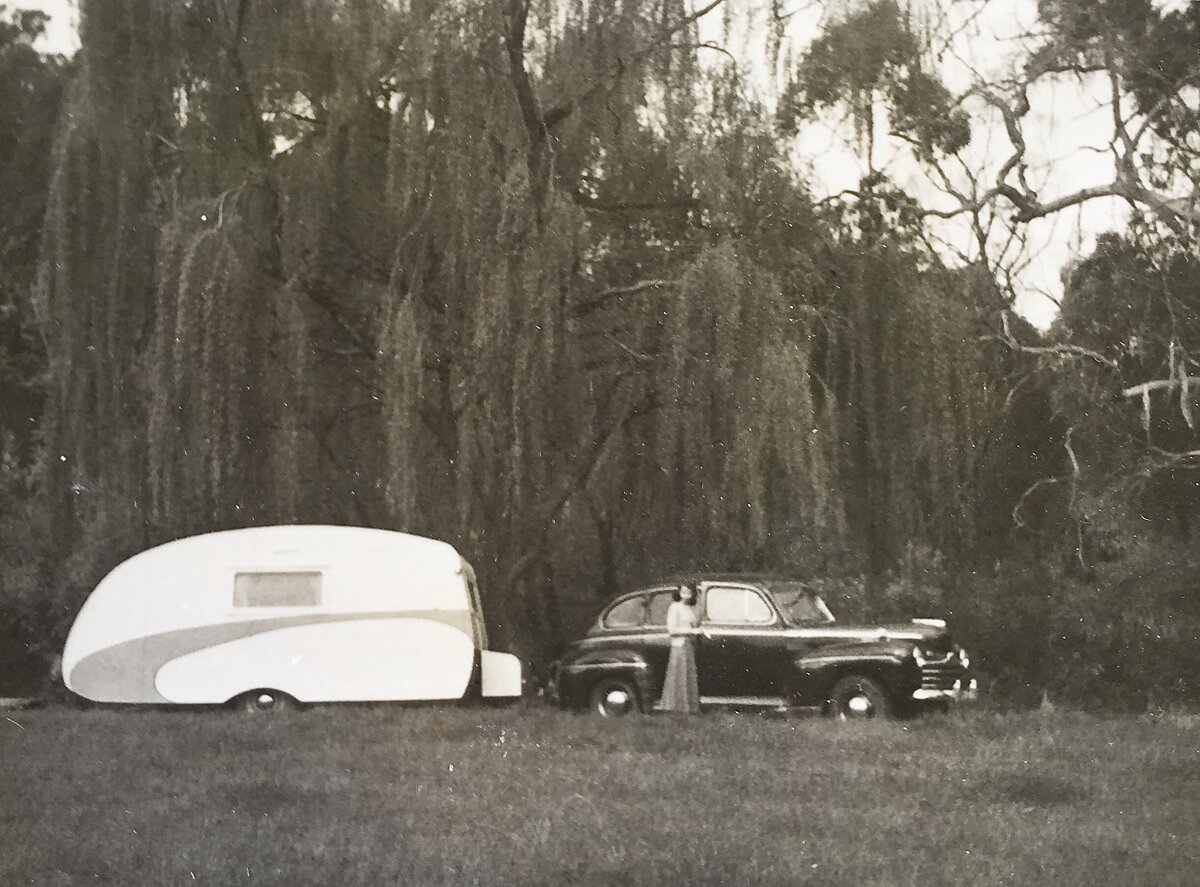 What do you know of its history?
Arnold Preiss was an engineer, inventor, photographer and cinematographer. He built the Sundowner in 1946 with the help of his son Ken. It was used for many family holidays. Originally built in bondwood with timber windows, Mr Preiss modernised the van in the mid 1950s. He re-cladded it with aluminium paneling and updated the windows to aluminium frames. When Mr Preiss passed away, the caravan was sold to a family in Newton sometime in the early 1960s.

Fast forward to 1981 -we rented it from the owner for about 12 months and parked it in my parents’ driveway while we built our house. From there it went to another family member but by 1992, they no longer needed it and was suffering from wear and tear. This was when we renovated the van, it went back to the Newton owner and 25 years later he left Sunny to us.

What were the biggest challenges?
Definitely the re-roofing’ The new heat reflective paint has worked a charm though. It has kept the van several degrees cooler in the warmer weather. Also, we were on one trip at Lake Burley Griffin when we noticed part of the A frame had broken, a metre under the van. We managed to limp into a caravan park that could only give us a one night stay. As my husband lay under the van pondering what to do, he heard a typical sardonic Aussie say, “I suppose she’s out of warranty mate?”. The voice turned out to belong to our saviour. He was one 01 the park maintenance workers who went out of his way to do temporary welding, which helped us continue our trip. Later on, we had a permanent fix applied that is still holding strong.

How do you use the van now?
We have made many short trips in the Sundowner and several longer journeys, to the Red Centre. Tasmania and Sydney on several occasions. One of the things we noticed was that the further north we went, the more puzzled people seemed to be by our vintage van. In Port Augusta, a young girl looking at the van said admiringly “Oh that’s so gangsta!”, which gave a us good giggle. Also, Stephen and I belong to the Vintage and Classic Van Group of SA and attend many of their weekends and functions. We are looking forward to creating many more travel memories in Sunny. 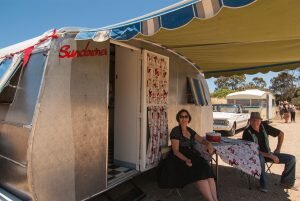 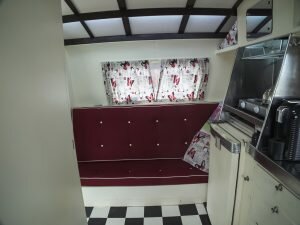 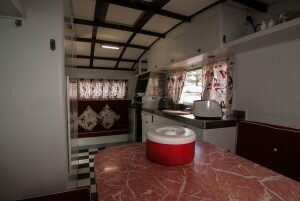 Any tips for others looking at a vintage caravan restoration?
When gluing new canvas on the roof, beware that it shrinks! Allow extra for this. Also, be careful when travelling through outback Australia. After several free camp stops along the way, we stopped in a free camp along the Lassiter Highway and made a rookie mistake. We camped in a lovely large flat area, but later when the rain began, we realised we were in the middle of a clay pan. We woke up at 4am deciding we needed to move off the clay as quickly as possible, packing up in the dark. It was touch and go as we gently eased out way toward the road which we were very relieved lo reach without mishap. We arrived at Ayers Rock Campground very tired and muddy after packing up the annexe and other items all in the rain. 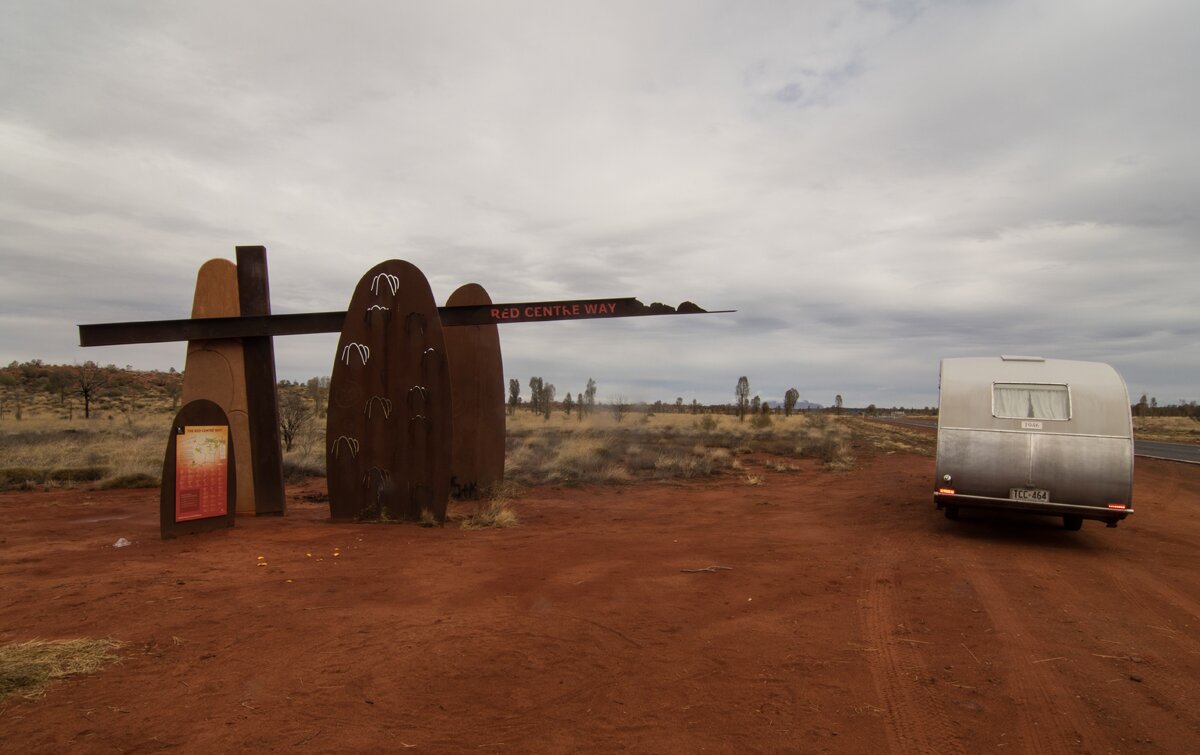