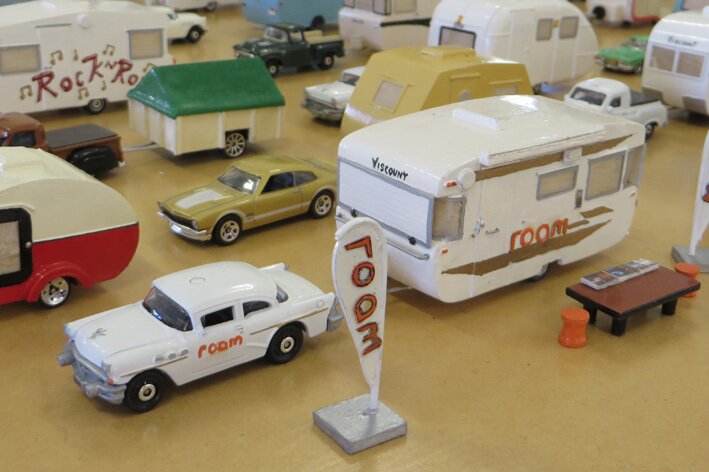 Russell Walsh started making models of caravans as a teenager and now, many decades later, has one of the country’s biggest collections.

His home in Magill Adelaide is a sight to behold as he continues to add to the bespoke collection, each made and painted with an intricate eye for detail.

Russell started off making a model of his own Morris Minor joined with a 10ft Carlson caravan. His next was a model of 14’ Spaceline caravan.

Today the 76 year old has over 200 models of various true to life combinations – many of which he’s taken from the pages of Roam.

Only recently after he had been approached by a persistent customer did he agree to finally sell one.