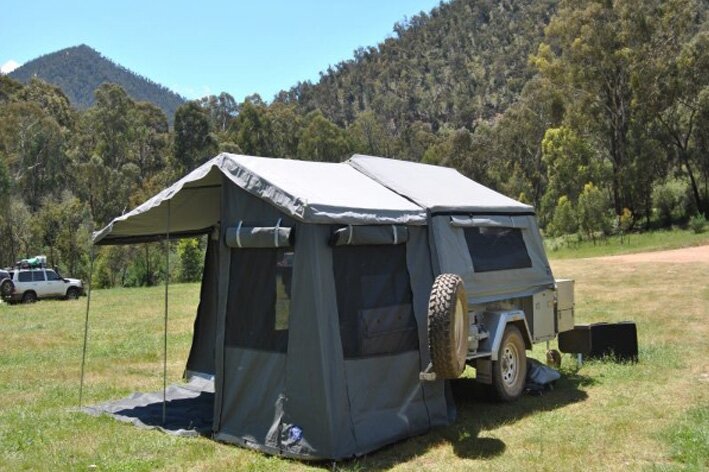 Gareth and Sandy Handshin are keen campers and four-wheel-drivers and the story of how they started out as camper trailer builders is like others who are successful in the industry today.

They knew what they wanted out of a camper but simply couldn’t find it and so Gareth had the basic trailer built and fitted it out himself.   On their first trip away they were plagued by people wanting to have a look.  Once they returned home Sandy suggested they run an advertisement to test the market response.

“We could have sold that original camper a dozen times over,” Gareth recalls.   It wasn’t long before the former car dealers were in a completely different industry and struggling to cope with the success of the business they’d launched.

Whatever we’ve done we have always tried to stick with the basic principle that all our campers are all Australian in build, with all Australian canvas,” Gareth said.

It’s a factor that’s played a large part in the Challenge’s success.  The Adelaide-based business has now been turning out top quality off road-tough campers since 2001. The fact they’ve survived, and prospered, in a tightening market, squeezed by cheap imports and uncertainty over global economic times is a mark of success in itself. 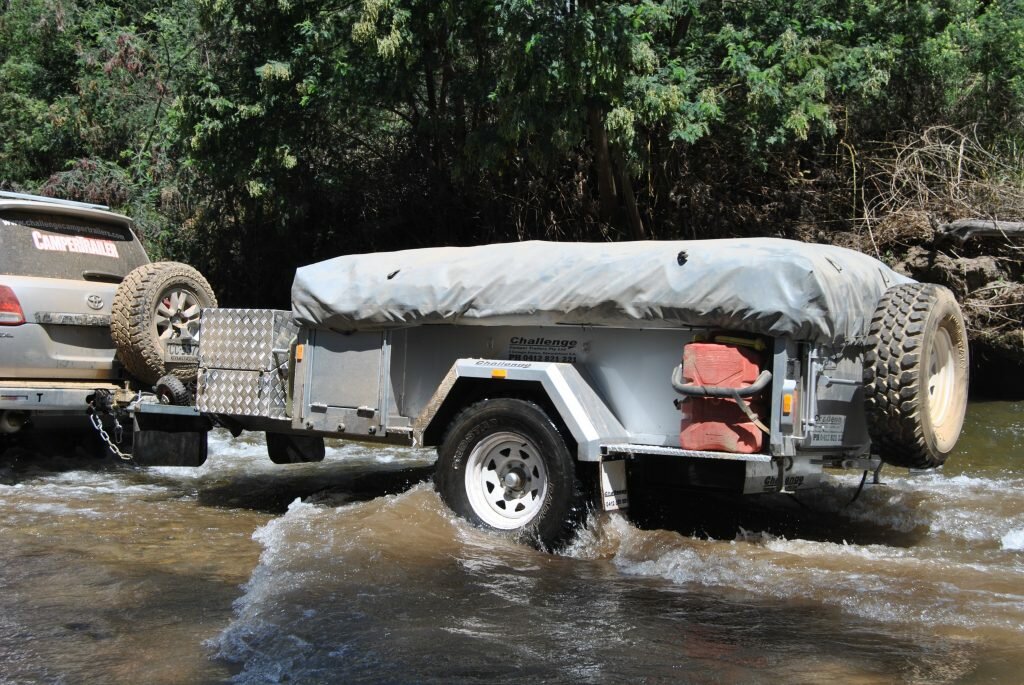 As with all the Challenge range, the Meridian is a “soft floor” camper, with the 12ft tent folding off the side and sitting on the ground.  Soft floor campers provide a roomy tent and plenty of storage beneath the bed and are great for families with kids.

The Meridian is built on a tough chassis with an even sturdier drawbar, all made from Duragal steel. The suspension is a double wrap seven-leaf eye to eye spring set-up, with rebound springs, on a strong 50mm axle with parallel bearings. That is as stout as it can get. The brakes are mechanical drums, with electrics as optional.

As with all soft floor campers the bed is mounted on a ply base on top of the trailer, giving you a 4 inch Queen-sized innerspring mattress for a comfortable night’s rest, with access from a walkway at the end of the bed, making it ideal for older campers or those with mobility issues.

In fact, Challenge claims to have been the first to develop the walk-in design six years back, a style which is now almost standard in the industry and available from most soft floor camper manufacturers.

Along the rear of the tent, over the kitchen is a 2.1m wide awning, which is supplied with a kitchen apex return in canvas and full mesh walls. This gives a total area under canvas of 7.6 x 5.5m, a ton of room for longer stays. Additional awnings and a kid’s bedroom are available as options.

All up there’s a lot of trailer for the money with the Challenge Meridian Walk-In. Set up is easy, aided by the gas struts on the tent bows, and it has a go-anywhere capacity that will live with anything the Outback can throw at it. It’s well sealed from dust, with quality automotive seals and Challenge’s unique camlock latch system that seals all doors thoroughly. At $23,750 and with an all-Australian build, thoroughly tested through a fleet of hire trailers, it gets our tick of approval.

For the full review and specifications, see Issue 7 of ROAM