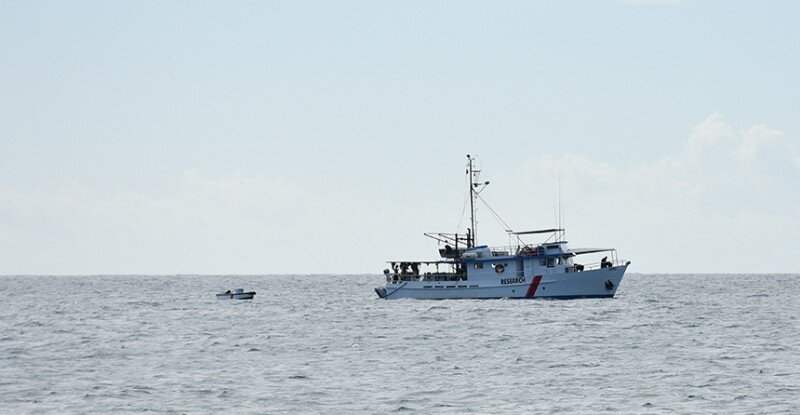 Col McKenzie is on a mission to protect the Great Barrier Reef and create a future for disadvantaged youth.

The World Heritage Listed Great Barrier Reef injects almost $6 billion into the Australian economy each year, supporting not just tourism operators but entire communities all along the east coast. Yet that financial lifeline could be jeopardised by just one creature – the crown of thorns starfish.

Col McKenzie, Executive Director of the Association of Marine Park Tourism Operators (AMPTO), has been waging war against this starfish for over 15 years.

Formerly an Australian Army officer, Col’s career made a rapid about-face when he decided to purchase his local dive shop – a move that paid off and started him on a path to greater things.

He became a prominent lobbyist in the marine industry, formed a marine advisory company and later joined a number of industry advisory bodies. This path ultimately led to his involvement with the dreaded starfish. 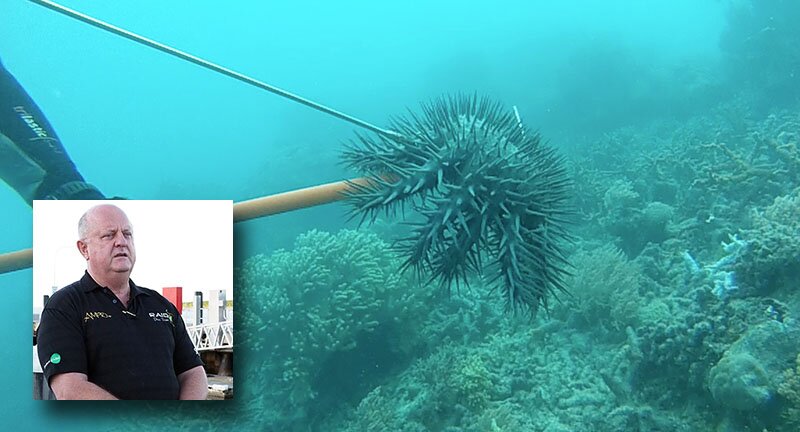 Native to the warm waters of the Indo-Pacific, crown of thorns starfish is one of the largest threats to the Great Barrier Reef.

In the same way that plagues of locusts can devastate crops, the starfish consumes vast areas of living coral. Adults are capable of producing in excess of 60 million offspring per breeding season.

Over the past 27 years, they’ve been responsible for around 47 per cent of all coral loss on the reef.

To help keep the starfish under control and reduce the chances of future population outbreaks, AMPTO is actively culling outbreaks on the reef.  Tackling two problems at once, the organisation is also using it as an opportunity to up-skill the community.

Long-term unemployed youth are trained to remove the highly poisonous species by injecting them with a bile salt solution, which dissolves the starfish in situ without harming the surrounding reef.

As part of the program, the trainees earn valuable dive qualifications and a certificate in tourism. So far more than 370,000 starfish have been removed from the reef over the past three years, with 120 trainees successfully completing the program. Of those graduates, 85 per cent went on to achieve full time employment afterwards.

It was on a spearfishing trip in the remote northern Great Barrier Reef a decade ago that Col realised how much the control program was needed.

“My friends and I swam three kilometres along a really remote stretch of reef and not one of us shot our spears,” he said.

“In fact, we didn’t even see a single coral trout. That’s just not right. As a kid, you couldn’t swim 50 metres without seeing one.”

“It was a real warning bell to me. I thought, if it’s like this for me, what is it going to be like for my grandkids? It reminded me how crucial our efforts were.”

According to Col, the biggest challenge the program faces is actually locating the outbreaks.

“Tourism activity only happens on about five per cent of the reef. We know about starfish on and around the tourism sites, because we talk to the operators on a regular basis, but we really rely on the community in order to find other aggregations.

“In once recent case at Arlington reef we took 80,000 off that one reef. There were so many they were on top of each other and it was a member of the community that tipped us off about it.”

Col says the biggest environmental issues contributing to crown of thorns outbreaks are poor water quality and over fishing; problems his organisation is lobbying hard to get tackled.

In the meantime, he and his team are doing their part to ensure the reef is not only protected, but continues to be a source of wonder for generations to come.