Cleaning the ocean one marina at a time

Pete Ceglinski, an Australian surfer looking to clean the world’s oceans one marina at a time

Pollution in our oceans is a man-made disaster that can often feel too big to solve.

Refusing single-use plastics is one way to help alleviate the problem in the short term, but it doesn’t solve the existing issue.

To make a difference we also need to remove the plastics already in our oceans.

Looking to take on that challenge, two Australians have invented a revolutionary new in-water rubbish bin to collect floating rubbish, oil, fuel and detergent from marinas 365 days a year.

Designed by surfers Pete Ceglinski and Andrew Turton, who were both tired of sharing the waves with plastics each day, Seabin is a rather simple concept. 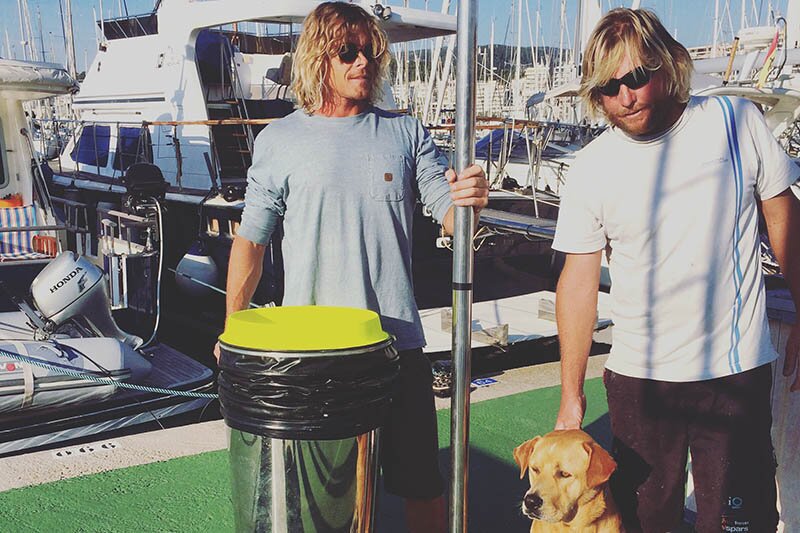 Attached to floating docks, the Seabin sits just beneath the surface of the water and uses a small pump to funnel rubbish into the mouth of the device. A mesh bag traps the rubbish, and an oil water separator filters the water as it passes through.

Pete says the idea first came to his business partner Andrew around eight years ago, having seen marine pollution day after day in his career building and racing yachts.

“I first met Andrew in China while working on racing yachts,” Pete says. “We talked about the Seabin concept, but it wasn’t until years later that we really started.”

Though they spoke about doing the project in Australia, Pete says they knew they had to take their idea overseas, to exactly where it was needed the most.

“We chose Majorca as our production base; it’s at the centre of Europe’s marine industry and has quick access to many of the world’s major shipping ports.”

“Marinas are a controlled environment; there are no huge swells or storms. Wind and currents funnel trash into marinas, so they’re the logical place for Seabins.”

“They also receive a lot of foot traffic, meaning the Seabins will be highly visible to the public and will hopefully raise awareness of the pollution is our oceans.”

After six years in development, the Seabin was recently unveiled to the public. 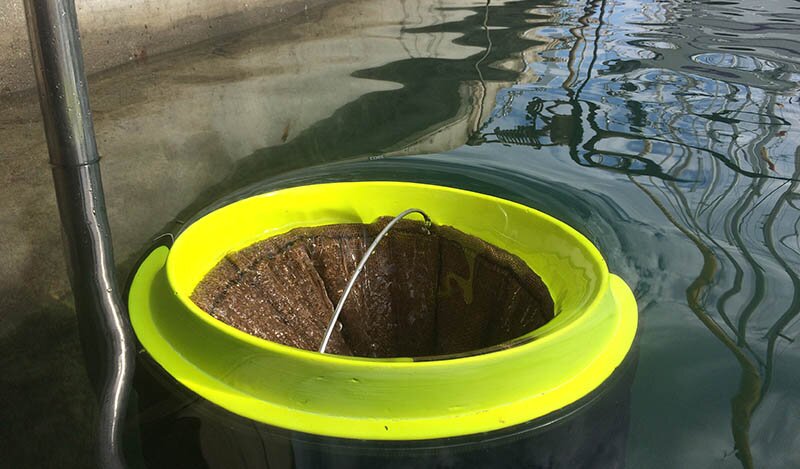 The Seabin in action.

Launched via crowd funding website Indiegogo, Pete and Andy set out to raise funds to bring their unique concept to life, and the response was almost immediate.

“We were absolutely blown away by the support,” Pete says. “People instantly connected with the concept and they wanted to help us make it a reality.”

“At the peak we were receiving around 200 emails and Facebook messages a day, so many people wanted to get involved and wish us well on our mission.”

“We were interviewed by newspapers, magazines and websites around the world, from the United States to Japan and Spain, and also back home in Australia.”

It took 15 minutes to catch this. Imagine what you can do in a day.

At the end of the Indiegogo campaign, Pete and Andrew had successfully raised $265,000 – 16 per cent over target.

Unlike large-scale rubbish collection systems, Seabin is designed for ease of use and installation – it only takes one person to empty the collection bags.

In four years of testing, Pete says they never caught a fish or marine animal.

“Seabins are designed to sit just beneath the water’s surface, fish don’t hang out in this area. If anything ever were caught in the bin, it could be easily released.”

Though the fundraising campaign is over, Pete says the hard work is still to be done. 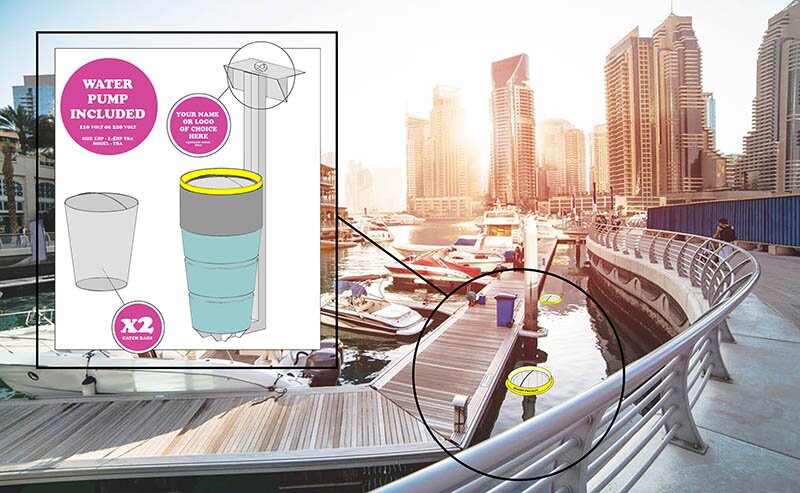 The Dream: Seabins in ports and marinas around the world

“It’s daunting how big this project has become, but exciting at the same time. There are thousands of challenges, but we know we’re doing something worthwhile.”

“We want to have the smallest carbon footprint possible. We’re looking into various power options such as solar, and would love to make Seabins out of caught plastics.”

“Tackling the world’s plastic pollution problems is no small task, but we need to start somewhere. We need to do it for the benefit of future generations.”

Delivery of the first Seabin is expected at the end of 2016.

This is where I feel most comfortable in the world. It’s where I was born, and is a mecca for people the world over. It’s a place where you can follow your dreams.

I’ve been travelling the world for over ten years, but I’ve never come across a place that compares to the lush greenery and amazing coastline of this region.

Where else can you find farmers, surfers, wine makers and coming together in one place. It has an unpretentious vibe, incredible scenery, and awesome wine.

Just north of Carnarvon, this is heaven on earth. No phone signal here. Surfing perfect waves, diving for crayfish, and campfires in the evenings.

I’ve never been here, but know in my heart I would love it. A friend of mine worked there for a while and the photos and adventures she had were amazing.