The Adam Eckersley Band is one to watch.

Already a huge success on the live touring circuit, the Central Coast five-piece is set to become a household name.

If their first album, appropriately titled The First Album, were an appetiser for the band’s distinctive brand of southern rock, country, and blues, their follow up – The Second Album – is the main course. And it seems the record industry agrees.

Fresh from the band’s win at the 2016 Tamworth Country Music Awards, where they picked up the award for Group or Duo of the Year, we caught up with front man Adam Eckersley to find out what his favourite camping memories are.

1. Where did you go for camping holidays when you were young?

My earliest memory of camping was at a property owned by a cousin of my granddad, the property was at Braunstone just out of Grafton, I remember catching a few fish out there and Papa cooking damper and sitting around the fire. We moved a lot when I was young so I can’t remember where all the camping trips took place, but I know we went to South West Rocks at some point.

We’ve always camped in tents. Mum and dad had a big old green tent, which would almost get blown away while setting it up. My parents told me a story about the first time they set it up at Coffs Harbour (I can’t remember because I was too young) and there was a really heavy wind. The family was clinging to the corners trying to get it set up, it pretty much picked my brother up off the ground like a rag doll and flew him about for a while. Ever since I’ve had my licence though I’ve pretty much owned vans, I went through a long period where I just camped in the back of my van. Now that I have 2 kids I’m back to having to set up a tent, which I’m still adjusting to.

3.  What are some of your favourite places to camp and why? 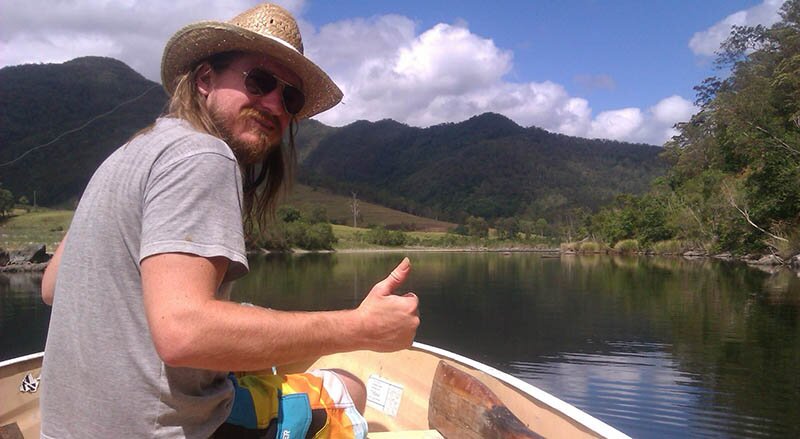 Fishing on the Mann River at Jackadgery

For the last five years or so I’ve been lucky. A couple of my mates have had property around Jackadgery on the Mann River so we’ve camped there. It’s so beautiful. You can drink the water straight from the river; it’s crystal clear. It looks like a mirror for the clouds and there’s never anyone around. It’s about as close to nature as you can get, we just light a fire and kick back.

4. Tell us about some of your favourite camping memories.

I’ve got a heap of memories of me and my mates just taking our swags, beer and rum and lighting a fire and telling yarns all night when in our late teens/ early twenties. Then when we all started to bring our girlfriends and wives camping, we’d all play cards and charades and go on kayak adventures. Now most of us all have kids it’s great to see them having as much fun in the great outdoors as we do.

5. Any not so enjoyable camping memories or experiences?

Not that I can recall, I think I have been pretty lucky, or maybe it’s that I expect things to be a bit rough while camping so I don’t really register things as bad experiences, just a normal part of camping.

6. Do you have any camping tips?

Don’t forget beer, food and warm clothing, and a pack of cards are good to have as well, and don’t set up your tent near an ant’s nest. 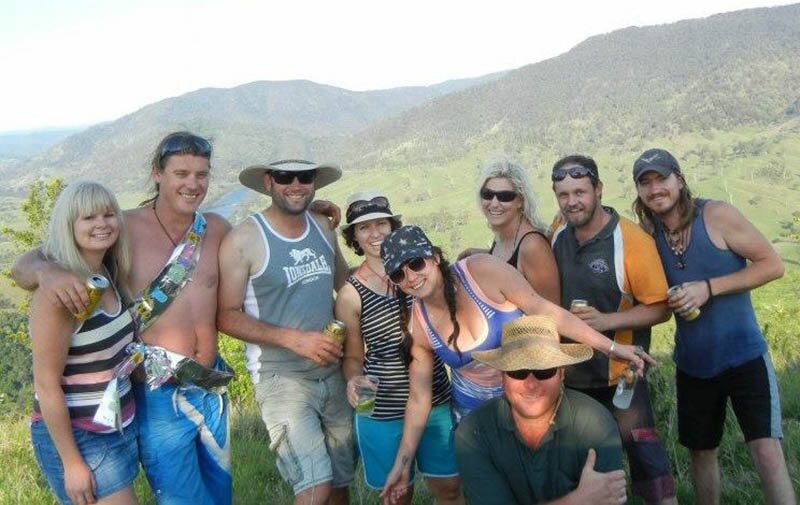 I’m taking the family camping at Jackadgery, we’re going for about 10 days. We haven’t been camping as a family for that long before, so it will be good to relax and get into a groove of doing nothing. We plan to get a big bit of builders plastic, run it down one of the hills and pump water up from the river so the kids can slide down. My mate who owns the property is going to mow in a cricket pitch too. Hopefully a few mates and their families can make it. Looking forward to catching some fish too.

The Second Album is out now. Visit adameckersleyband.com for more info.