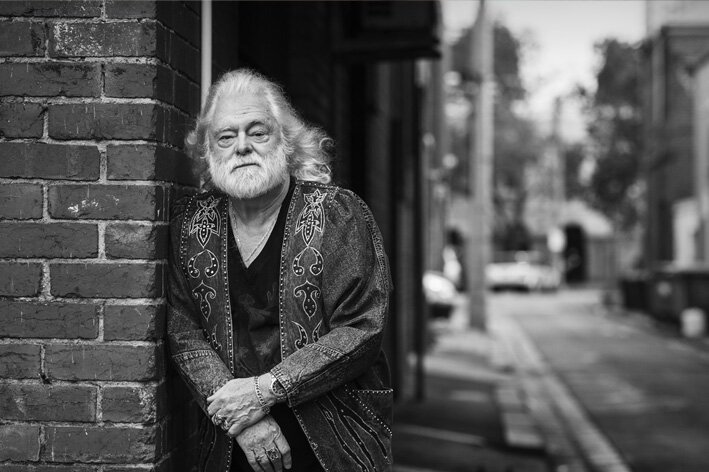 Brian Cadd is perhaps best remembered for the classic hit songs he wrote and performed back in the 1970s including “A Little Ray of Sunshine”, “Arkansas Grass” and “Ginger Man.”

Brian Cadd and the Bootleg Band has recorded and released a new album and the veteran entertainer is back on the road performing again.

He took time out to speak to ROAM about how he’d love to live more like a Grey Nomad… if only he could stop working long enough!

Where did you holiday when you were young?

In those days you didn’t really have much choice. If you didn’t holiday in a caravan or a tent down at Portsea or Rosebud or somewhere like that, you didn’t get a summer holiday. Nobody checked into a resort or went to an overseas destination when I was young. It was all about how far you could drive and the cheapest place you could possibly stay. Certainly people of my age and stage grew up in that mindset.

I only ever had great times. There were four of us kids and our parents. Next to us would be another caravan with three or four kids in it and over the road another. The principle was you spent your whole summer with these amazing kids who you played with and most of whom you never saw again. You became like a band of camping outlaws.

Have you been in a caravan or motorhome recently?

I haven’t had much time to recently, but back when I lived in the US I spent a lot of time in a motorhome. I went through all the southern states and stayed in motor parks. It’s an amazing way to see America.

Is there a favourite place you’d like to spend time at?

I love northern NSW. I fell in love with the area many years ago when it was really hippie and not terribly developed. The beaches are good, the towns are cute and there is still a bit of the essence of the 1960s still there. There are a lot of people who are alternative and great markets, organic this and organic that. It’s very laid back.   I also love the Margaret River region in WA.

For the full story and images, See Issue 25 of ROAM