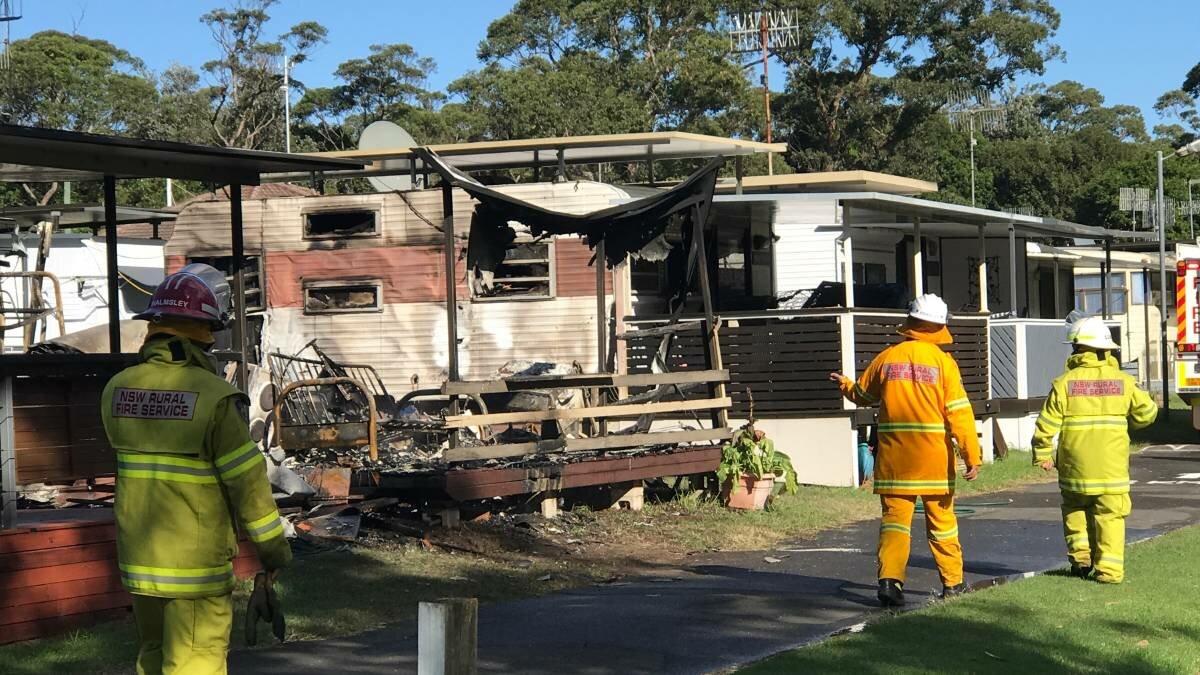 Police, Fire & Rescue and paramedics were called to Hibiscus Gardens Caravan Park just before 7am.

It’s not known what caused the fire but Manager Brendan Edwards believes it could have been an electrical issue.

The 40-year-old caravan was privately owned and occupied by a man in his 20s.

“He was very upset as he has only lived there a couple of months and lost all of his belongings,” says Mr Edwards.

Reportedly, the Salvation Army acted straight away and came along with $500 in cash for the man.