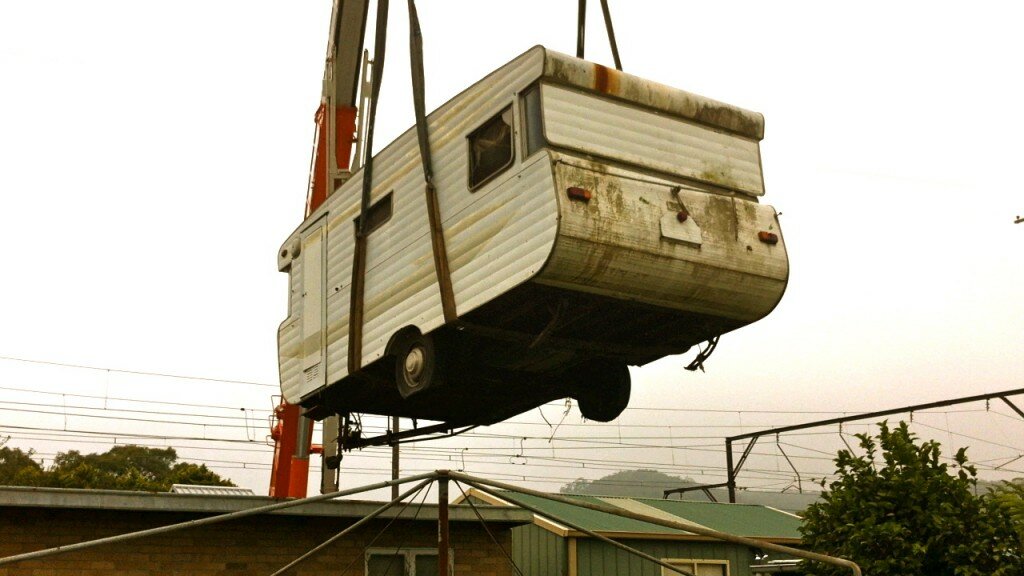 The idea for time to Roam came from the two-year restoration of a classic Viscount that had been in the editor’s family since 1969.

Back in 1974 when I was just four, my Dad’s work with the RAAF took us on a four year adventure from our home in the Blue Mountains to France. While living in Paris my family travelled extensively to the many wonderful European countries and that’s where I had my first taste of camping. I still treasure the memories from that time.  Dad bought all the latest camping gear including a six man tent with three rooms, blow up mattresses, gas cooker, portable gas fridge and gas lights. Our tent was the ‘crème de la crème’ of tents in the 1970s and easily catered to two adults and four kids.

We stayed at caravan parks in France, mostly in The Loir Valley but also in Holland and Austria.
On our posting back to Australia four years later we pitched the six man tent in my Granfather’s backyard in Narabeen.  Not the most ideal place for a family of six to live while we searched for a house.  Fortunately only a couple of months later we found a home and settled back in the Blue Mountains – an absolute haven for camping.  We would spend our holidays roaming and camping in the Grose and Sassafras Valleys.  My brother and our mates would combine our pocket money and go shopping for spam, baked beans, lollies and other necessities.  At night we would light a fire to cook our beans and air guitar to the likes of The Angels and AC-DC.  We would search the creeks for yabbies and cook them in the billy.  We roughed it and absolutely loved it.

But I always longed for a caravan. The idea of a home away from home on wheels was a dream.  Thirty years later that dream came true!

Phill Terry standing in front of his dream come true

Time to Roam founding editor Rod Bruem’s Aunt Dolce had a Viscount in the back yard at Lithgow where it had been sitting for 35 years.

The van had enjoyed time in Kiama on family holidays and even acted as a temporary home for Neville Way and eldest son Gary when the family prepared to move from Wollongong to Lithgow in the early 1970s.

From Lithgow caravan park to the backyard at Dolce and Neville Way’s family home and neighbourhood store on Chifley Road, it served as a spare room for the three Way boys as they grew up.   Rod also used it as his bedroom when he moved to Lithgow to start his career as a cadet journalist at the Lithgow Mercury.

In subsequent years it was left empty and pretty much abandoned. Gardens and high colour-bond fences went up around it.  The old girl was trapped.

When I first sighted her she was a bit of a wreck, but inside wiping back layers of coal dust and dirt revealed glossy laminates and that distinctive 1970s feel.

All but one window was broken and the hatches had leaked so the roof was a mess.  The Way boys were planning a demolition weekend to cut her in pieces and take her to the tip.

As soon as I saw her I had other ideas. Dolce was happy to give us the Viscount, but getting the van out was the challenge.

Did you know the Hills Hoist was invented by the Gerard Kaesler – who built Australia’s first motorhomes – and sold his prototype clothesline to Lance Hill. Also, have you ever seen a Viscount on a crane?!

Fortunately there was a very helpful local crane hire company just a few doors down the street.  A week later the Way family and the neighbours gathered to witness the raising of the Viscount. It took four men, a cradle and very long straps.   She was successfully lifted from her resting place 60 metres into the air, then over the fences and onto a truck parked in the back lane beside the main western rail line.  Soon after, she was on her way back to my place in Katoomba.

The plan was to bring her back to her original state, but first we had to clean her up and strip all the rotted ceilings and walls.

The Viscount Duralvan seemed a little rare. Searching for parts was not easy as there seemed to be none like it around.  She is 18 ft on a single axle, with a separate bedroom. There were loads of cupboards and a chest of drawers big enough for the belongings of a family of six.  The vanity fold-out mirror and light had to be removed because of the rotted particle board window ledge.   The chest of drawers also had to be taken out because of the water-damaged wall behind it. However I kept the drawers and salvaged as much of the trimming as I could. As with many vans her age, the two ceiling hatches had leaked.   To get her original again was almost impossible because of the damage.

We tried to stay as true to form as possible but we also wanted to modernise her in small ways like extending the bed width which was more like a large single bed. It is now a double complete with a luxury mattress!

The ceilings were all removed and by the time we took the chest of drawers apart, most of the walls were also replaced.

This gave us the opportunity to fully insulate the van.  Inside doing the initial renovations felt like being in a big tin can in the sun, even in Katoomba. Insulating the ceilings and walls has made a huge difference.

I spent a lot of time searching for original materials such as laminate which proved very hard to get.

In the end I found ten huge sheets of original 1970s dark timber coloured laminate on eBay for $100. A bargain, but the only problem was getting it from Victoria.  That cost an additional $400 but proved a good buy because we were able to use this on a full wall and on repairs in other damaged areas.

The upholstery was mostly in good condition although the fabric needed replacing.  We also took the original blinds to a blind maker and tried to match the material. This was difficult as they don’t make yellow/lime linen anymore for blinds.  The colours these days are so bland and boring compared to the 1970s.  The van needed brightening up though so we stayed as close to the original colours. All the mid and dark tones of laminate used on the original gave the van a dark feel, but once the new blinds were installed it lit up. The original blind poles were used as the repairer mentioned they are excellent quality and Swiss made.

The distinctive curved Viscount Perspex windows at the rear of the van were damaged and had to be replaced. The two front ones were in good order.

The 1969 Viscounts were the first to have the exterior aluminium painted white. Viscount ‘Duralvan’ also seems to be the last to be painted with the distinctive 1960s thunderbolts.  Our paint work was in fair condition, despite having lived through some heavy Lithgow hailstorms, still we decided on a complete re-spray while keeping colours as close as possible to the original.

The chassis was in good order with just surface rust. She was saved by being in Lithgow, a long way from the sea. The coupling had to be replaced and the old jockey wheel had seized so we used the local welder to do his thing.

The hail had broken or cracked every window except for one which we ended up cracking during repairs, so they were all replaced with new sturdier auto glass.

The entire restoration took about 12 months with some great help from interested tradespeople in Katoomba.  Dolce’s youngest son Glen, a qualified auto electrician, helped out with the wiring and lights and son Gary also helped out.

We’ve named her Dolce’- it’s painted on the back – after our much-loved benefactor and a genuinely sweet lady.

Now she’s registered and ready to roll, still with all the grace and style of 1969. Be sure to say hi if you see us on the road or at a caravan park somewhere in OZ.