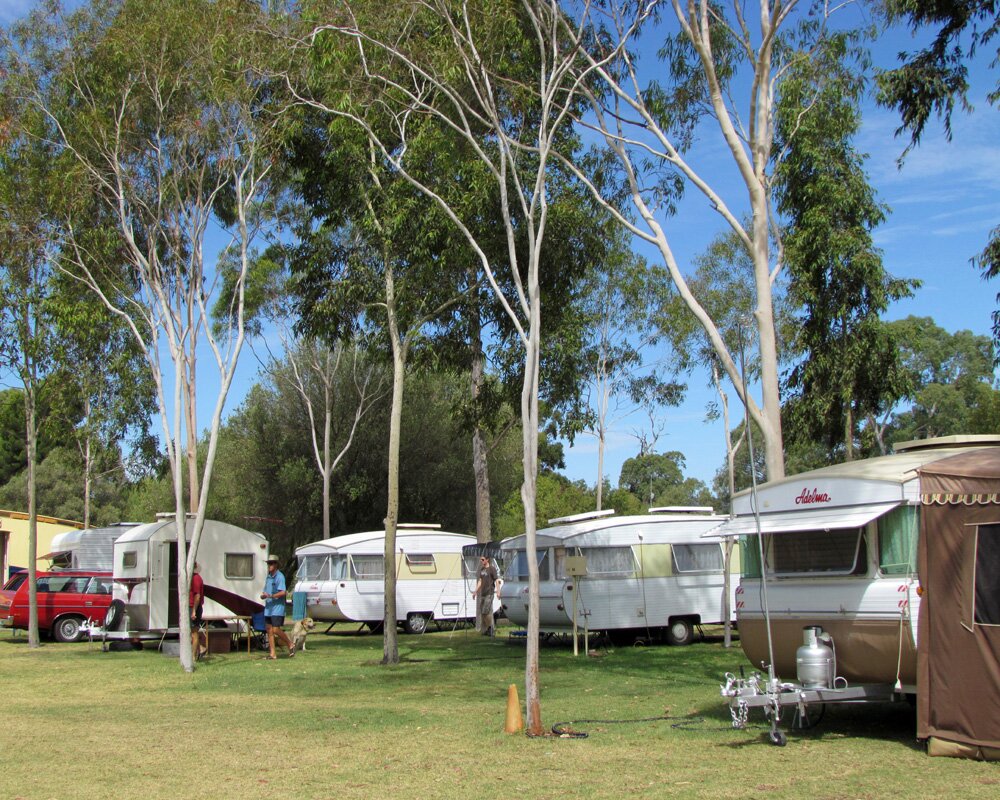 Most vintage caravan enthusiasts view the mid-20th century as the golden age of caravans. After all, it was the dawn of an era when every family aspired to own a car and a caravan. Taking family holidays by the beach or in the bush really became part of the great Australian dream.

But in the 1950, the era of hand-built wooden caravans, the states with the biggest caravan markets weren’t actually the biggest builders.

South Australia punched way above its weight, producing many of Australia’s iconic brands. New South Wales and Victoria had a handful of manufacturers, but South Australia had dozens. Brands included Adelma, Adventurer, Broadway, Clipper, Furness, Globetrotter, Hardy, Harris, Jennison, Paramount, Quest, Road Cruiser, Roadmaster and Rowvan. Even the legendary Viscount started out in Adelaide before moving to Sydney in the late 1950s. Today Adelaide still has some tell-tale signs remaining from its glory days of caravan manufacturing.

In the suburb of St Marys there is a Furness Street named in honour of the former caravan builder, while the sign “Globetrotter Caravans” is still evident on the back of building in Hindmarsh.

The most enduring testament to the South Australian caravan industry is the high esteem in which these vans are regarded in the vintage caravan community. Beautifully restored and loved by their owners, they’re testament to the original high level of craftsmanship of their builders.

But the most interesting thing about these vans is the way they all seem to reveal unexpected stories about different aspects of South Australian caravanning history. Because the caravans were manufactured by small family-owned businesses, these stories are often also part of a family history.

A 1953 Jennison caravan belonging to Jeff Gill of Canberra is a good example. The company that built it was started by John Jennison in the 1930s and based in Salisbury, SA.

Advertisements from the 1950s describe these vans as “the aristocrat of the road”. However Jeff acquired the van more for its family connection than its quality. John Jennison was his maternal grandfather. So Jeff can recognise the people shown in old Jennison caravan advertisements because they are all family and friends.

Ray Mossop of Adelaide also comes from a caravan building family. His father Bert built Broadway Caravans, and Ray is the proud owner of a 1950s Broadway. Herbert Mossop began his caravan building business after World War II in his partner’s backyard and went on to build about 500 caravans up until 1960. To maintain the family tradition, Ray built a custom teardrop caravan and named it “Broadway”.

Yet another man with caravan building in his blood is Larry Weepers of Adelaide. His father bought the Roadmaster Caravan company in 1968 and today Larry is still in the caravan business, though carrying out repairs and maintenance rather than building new caravans. He has a passion for the Roadmasters of the 1960s, with their typically South Australian style of double-camber canite roof. Larry’s own van is a stylish 1963 Roadmaster which he tows with a colour-matched 1967 Mercury Cougar.

Another South Australian caravan brand which produced vans with a surprising resemblance to Roadmaster is Adelma. This brand was built from 1966 to 1980 by the legendary Coppola Brothers, using the jigs and designs that had previously been used to build Roadmasters. To stress the South Australian origins of their caravans, the company name Adelma was a shortened form of “Adelaide Made”.

The Coppola brothers, who were immigrants from Italy, were skilled craftsmen. They were also keen to embrace new technology, like aluminium cladding that became common in the late 1960s. Mike Elly of Ballarat owns a 1973 15ft Adelma Luxury Liner which has only done 8,000km and is in near-new condition. When he acquired it, the caravan was still stocked with 1970s kitchen implements and orange Tupperware.

Another interesting historical connection is the link between Chrysler cars and vintage caravans. Chryslers were built in Adelaide and the luxurious Chrysler Royal is still a favourite with the Chrysler Restorers Club of SA. The owners of these large, finned vehicles sought out old caravans which they could use on club runs. So in South Australia you can see plenty of impressive rigs which have a Chrysler Royal towing a restored vintage van. Chris Howes, a previous President of the club, and his wife Cathy, the current president, are good examples. They have a two-tone green 1957 Chrysler Royal which tows a colour-matched 1964 Globetrotter Gold Coaster, both built in Adelaide.

At the last vintage van gathering at Tanunda in the Barossa Valley, attention centred on two striking Adelaide-built Adventurer caravans parked next to each other. Both were towed by Chrysler Royals and had a matching blue/grey colour scheme.

One rig was a 1960 wooden Adventurer towed by a 1962 Chrysler Royal, belonging to Ellen and Bob Haywood. The other was an aluminium 1965Adventurer 14ft van, belonging to Neill and Joan Wormald, showing how much the design of caravans changed in just five years. But maybe South Australia’s biggest claim to fame is that it produced the most awesome vintage caravan in Australia’s history. The aptly named Highway Palace is a 42ft (13m) long fifth wheeler caravan towed by a 1946 Fargo truck. It was built in 1949 by the Adelaide construction firm of Grace Brothers (not the department store) as a one-off custom built van for a couple living in Pinnaroo, SA. The rig was way ahead of its time with luxury fittings including a bath and running hot water.

South Australians are justifiably proud of the pivotal role that their state has played in the history of Australian caravanning The Caravan and Camping Industries Association of South Australia commissioned Trevor Gill to write a book describing South Australia’s caravanning past. “Still Swinging the Billy”, a lavishly bound coffee table book illustrated with historical photos. It led to a vintage caravan Grand Parade at the Adelaide Caravan & Camping Show in February.

In the 1960s and 70s, caravan manufacture increasingly moved to the east coast, to be closer to both raw materials and markets. That left just a handful of South Australian manufacturers still in operation. But many of the caravans built in Adelaide over the previous two decades are still with us today. Just look around at any vintage caravan get-together and you’ll find some of the most stylish van have their origins in SA.

By KEITH and SUSAN HALL