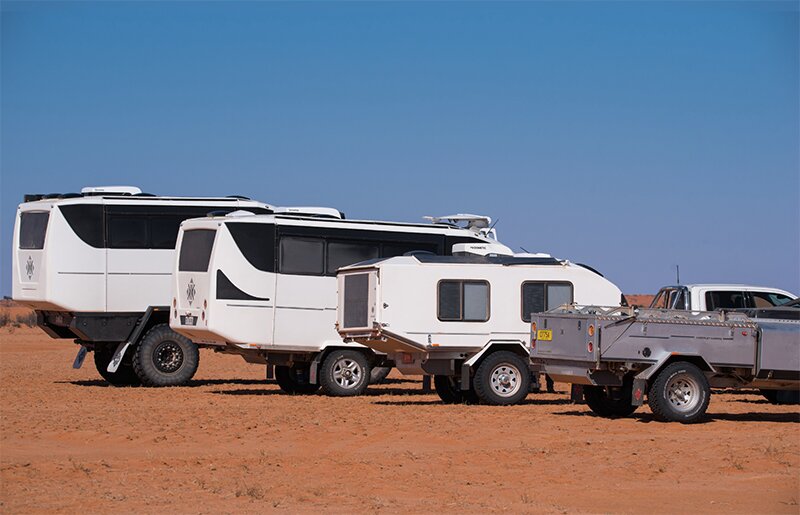 Kimberley Kampers to be resurected

Less than two months after Kimberley Kampers shut its doors, having been put into liquidation, ROAM has been told the company is to be resurrected by Grant Clark, the CEO of K Care Healthcare Solutions.

ROAM has been told that although Grant has no formal experience in the caravan industry, he is a camping enthusiast, and has vast experience within healthcare manufacturing. What this means for the workers in the Ballina factory is as yet unclear, or what it means for the Australian manufacture of Kimberley Kamper products. Interestingly, Grant is the second high-profile boss of an Australian camper trailer company to come from the medical manufacturing industry. Simon McMillon, CEO of Cub Campers is also has a background in healthcare manufacturing.

As background, Kimberley Kampers has been navigating financial troubles for over a year. Late in 2017 one of the company directors resigned, and it was put into voluntary administration in December 2017. The company put on a big showing of new products and changed practices through the early to mid parts of 2018, but was put into liquidation on July 25, 2018.

As we know more, we’ll update this page, so keep checking back, or follow us on Facebook, for all the updates, as we get them.

I have spoken with Grant Clark, who’s confirmed that he is the man behind Kimberley’s rise from the ashes and expects to make a more formal announcement on Monday. During our conversation Grant confirmed that he is committed to keeping Kimberley Kampers manufacturing in Australia and at Ballina. He said he’s been in talks with staff over the last few weeks and expects to rehire from the pool of former employees. He said that he would be issuing contracts of employment next Monday. He said of the factory staff, “The product is only as good as the people putting it together, and those guys have got a lot of experience.”

Grant says that it makes sense to bring some components in from overseas, but said he wouldn’t even have looked at Kimberley if he didn’t think it would be possible to keep it in Australia. He also said that as he has other manufacturing plants, he might break up manufacturing to different places in Australia, but says the finished product will come from Ballina.

As for product, it’s expected that the resurrected Kimberley will focus on its core products – the Kampers and Eco Suite – and will bring back some products that were recently axed. But Grant said he will put production of the Kruiser on hold to continue its development.

Grant told me he is also very keen to get back into manufacturing the Kimberley products as soon as possible. We are very confident the product will be coming back out the front doors at Ballina very quickly, some time in the next couple of months,” he said.

Note: An earlier version of this story said Kimberley Kampers went into voluntary administration followed by the resignation of a director, however it’s unclear when the director resigned and for what reason. At the time we were told the VA was to fast track family legal issues following a divorce, although the former director has since denied that was the case.