Jimmy Barnes is one of Australia’s most successful music artists of all time. He also happens to be an avid camper and vintage caravan enthusiast. We caught up with Barnsey recently in the garden of his home in the NSW Southern Highlands. It’s set to be the final resting place for two of his most-prized possessions, a 1964 Silver Bullet Avion and a 1972 Airstream.

He’s drawing up plans to have the two classic American-built caravans set on solid foundations to be used as guest quarters when his mates come to stay. The veteran rocker has no plans at this stage of his career to stay put for too long himself. Our visit came only days after he checked himself out of hospital following treatment for a painful and debilitating back condition.
Showing all the stamina of an old show trouper, Jimmy was obviously willing himself to recovery as he prepared to head off on a national tour promoting his latest album 30/30, celebrating 30 years since his first chart-topping solo album.

ROAM: Where did you go for caravanning/camping holidays when you were young?
JIMMY: My earliest memories are camping were growing up north of Glasgow. We used to go out and camp at the beach and find mussels. We stayed in little tents and it was bloody cold in Scotland. We came to Australia when I was five. Then went to a place north of Burra near Adelaide. We used to camp out in the bush with a bunch of people.

Later when we hit the road with Cold Chisel we did a lot of shows and we were always travelling. We had a long-wheel-base Toyota LandCruiser we used for six years and we took it everywhere. Quite often we’d end up sleeping by the side of the road, lying on the ground. That was our camp. These days we travel around and it’s all been glamorous in the last few years but in the early days it was camping by the roads and sleeping in the back of cars. I like the touring busses with kitchens and beds and I’ve done a lot of that in America.

I am really fond of being on the road because I have done it for over 40 years now. I get restless staying in big hotels. I like to get out and be near the sea or out in the bush. 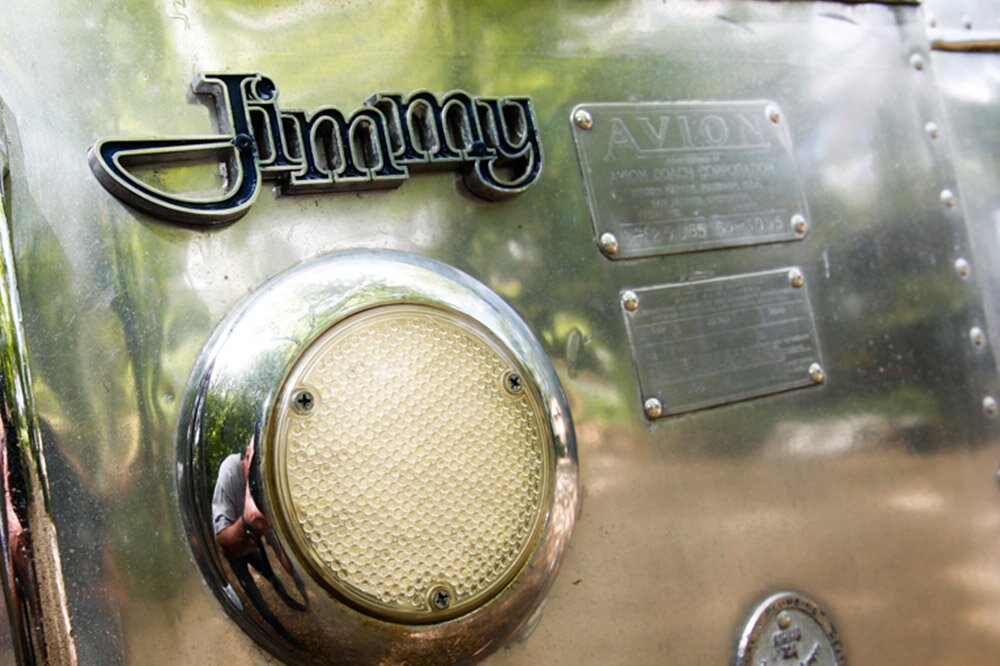 ROAM: Tell us about some other favourite memories exploring Australia
JIMMY: I love the North Coast (of NSW). Cold Chisel spent many years just touring up and down the coast between Sydney and Brisbane. We had some great times up and down there. We did some recordings at studios in Byron Bay. I prefer to be by the sea but I love the bush – that’s why I love the Pilbara. The red dirt the cliffs and the white sand – it’s one of the most beautiful landscapes in the world.

After Jane and I were married we bought a property about ten acres on the Southern Highlands at Mt Gibraltar, the site of an extinct volcano. The kids used to want to go camping so I’d take the four of them up the hill for a camp. It wasn’t the best place to pitch a tent. We’d wake up in the morning all in a bundle having rolled together. It was good because I could call Jane at the house and ask for room service. The kids loved it. The fresh air was great.

Recently I bought myself a swag because there are times I’d just like to roll it out and sleep under the stars. I’ve done gigs where all of us just roll out swags backstage on the floor. Australian rock and roll community are used to doing gigs all over the country and basically sleeping where they fall, usually on a swag or on the floor.

One time we were all up at Seal Rocks and there was four American guys surfing their way around the country and they had little swags all sleeping in the back of a station wagon and we were next to them with all this fancy gear, a 6×6 tent and all sorts of stuff and I get this emergency call to go overseas and do this show and I didn’t even have time to pack up. The guys got to know us cause we were all singing by the camp fire. They didn’t know who we were and I said to them are you going around the country and camping like that and they said yeah we don’t have much money and I said do you want all this camping gear? So they took it and we left and to this day we still get messages from them in America. They were so grateful to get all our gear. We felt bad leaving it but they loved the gear and it inspired their trip and they had the best time ever. ROAM: Has camping inspired you to write any songs?
JIMMY: Not really, we just get out there and sing cheesy campfire songs. We get the acoustic guitars out and sing American songs, “Been through the Desert” and “Muskrat Love”. We sing campfire songs so the kids can join in and Diesel, my brother-in-law, comes camping with us. He’s the campfire song specialist. He knows every bloody camp song you can imagine.
When we go camping we do it luxury style because we all love cooking we’re all really good cooks my wife Jane and her sister, we make risottos and we catch fresh clams from the sea and we sit around with Diesel and my daughter Mahalia and David my son and we sing camp songs. We do great harmonies.

ROAM: Tell us some more about the caravans
JIMMY: The Avion I’ve had for about eight years. A mate of mine was coming over from the United States and we brought it back. I love the shapes of the vans. The Avion is a 1966 and the Airstream is a 1972. It was on the South Coast in a caravan park and they contacted me and I’ve been slowly been doing it up.

They are both actually good to tow. We took the Avion to Deniliquin Ute muster where I performed and used it as my dressing van. I‘ve also taken it to Seal Rocks and to mate’s farms. I collect them mostly because of the shape. I just love them and I like the Americana thing. They’re made in old World War Two plane factories. I like the concept of changing weapons of destruction into something enjoyable. 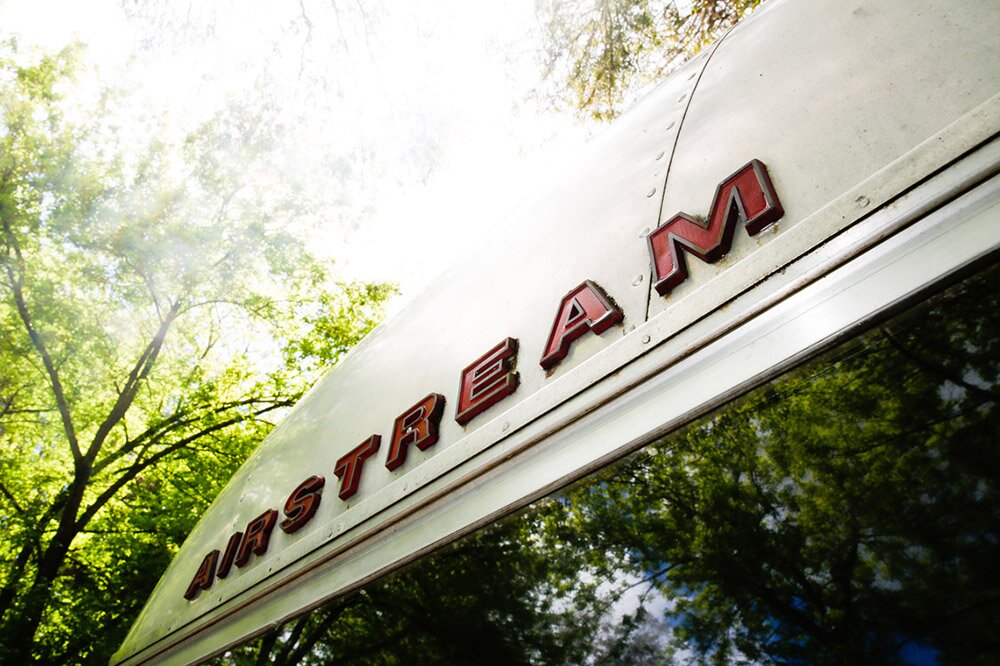 ROAM: Do you have any camping tips? Tell us any must do’s and don’ts
JIMMY: The best thing is leave a place the way you find it. I hate seeing camps where people just trash them. There are some really beautiful places in this country. Basically just respect the country, the land and the other people that are using it. That way we’ll all find it a lot easier and enjoyable to get around.

Read more interviews with celebrities who caravan and camp here. 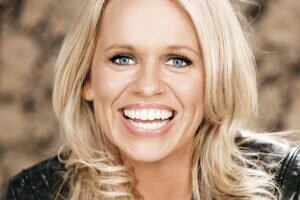 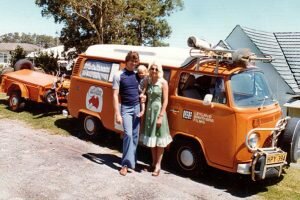 This article originally appeared in issue 12 of ROAM. Subscribe now and read the latest celebrity camper article as soon as each issue comes out.