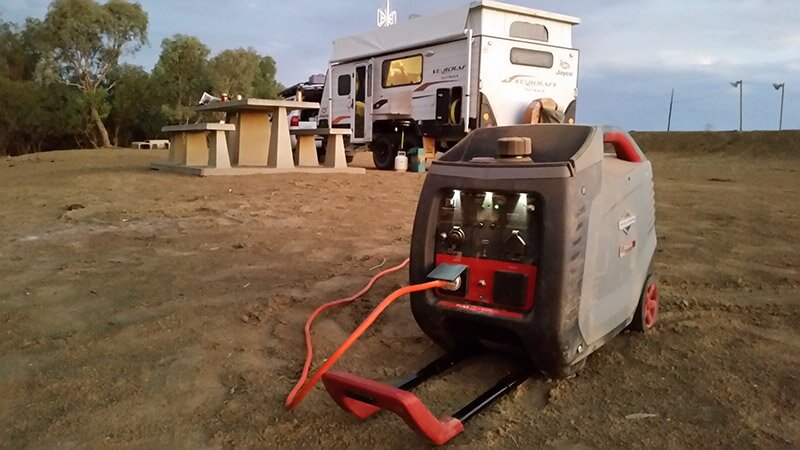 Generator Etiquette – How Not to Be Hated At Camp

There are three main ways to get power to your caravan’s batteries while at camp, and two of them are generally a set-and-forget solution. Plugging into mains power at a powered campsite is a simple as avoiding the red-back spider that’s made its home under the flap, while solar panels just soak up whatever sun they can get until shaded by the horizon, clouds or a tree.

But generators are a little harder to manage, even if they are the one solution that works when all others fail, the only one that works in remote campsites on cloudy days, or at night. The only one that can keep your air conditioner running through the heat of an outback day in a basic free campsite.

With great power comes great responsibility, though, as often those who aren’t reaping the benefits of your air conditioning aren’t as appreciative of the noise, or even smell a generator can give off. Some considerations need to be made if you do intend on firing up a small combustion engine amongst the serenity of the Australian bush.

But first, it needs to be pointed out that generators are permitted to be used in many campsites. In such places, each person camping there has the right to use one, usually within a strict set of guidelines, and just because some are not, doesn’t mean others can’t. To a certain extent, non-generator users need to be considerate of responsible generator users and accept that if they’ve chosen to camp in an area that permits them, they’ll have to deal with the by-product. There are more great campsites that ban generator use than those that allow it, so if you don’t use a generator or like camping near them, there are thousands of great places you can camp where the hum of a combustion engine won’t bother you.

For those that do use a generator, there are a few things you can do to make sure others aren’t put out by them, but top of all those is clear communication. Very rarely will someone begrudge you anything if you’ve explained to them why you need it or for how long it will last. By speaking with your camping neighbours about your generator usage (and maybe inviting them over to happy hour), you’re well on your way to some new friends and fully charged batteries. 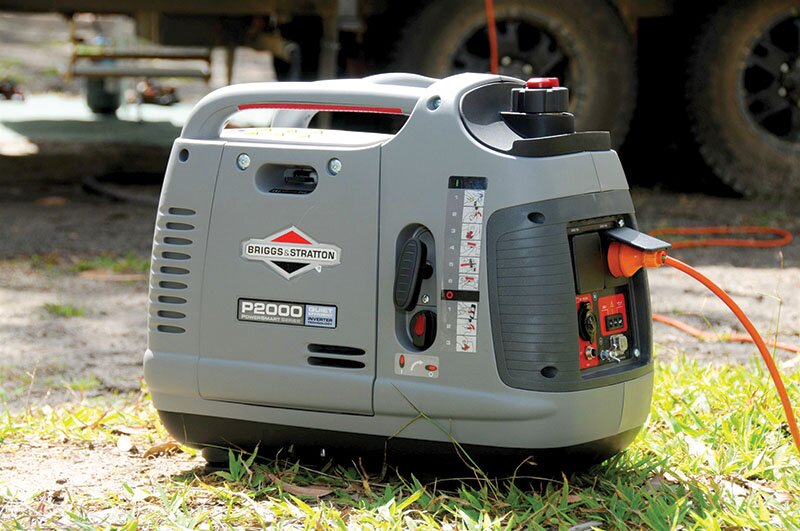 The second thing is to abide by the rules – most campsites that allow generator usage will have restrictions on when a generator can be used and often, which areas of the campsite they can be used in. Consider talking with the other generator users, so you’re all using them at the same times of day, therefore reducing the amount of time a four-stroke hum wafts across a campsite. And if you can avoid it, don’t use your generator after dark. When the world is quieter, the generator’s noise travels further and affects more people.

If there’s no clear section for generator users, try and camp as far from the general masses as possible. Realistically, the further you are from others, the more significant reduction in noise they’ll hear. Take the Briggs and Stratton P3000 PowerSmart generator, which will register 58 decibels from seven meters away. 58 decibels is about the level of normal conversation, or traffic on a busy street outside. But that same sound at around 20 metres away should be about half as loud, or something just a little noisier than bird calls or a quiet suburban street, somewhere just below 50 decibels. 20 meters is about the length of the average power cord, so even you shouldn’t have to put up with too much noise from your generator.

Try to avoid running your generator for extended periods of time, or when you’re not at camp. Once I was camped at one of the billabong campsites in Kakadu National Park and a group of young travellers set up their swags, pulled out a generator and plugged in a couple of pedestal fans which ran all night. In my opinion, that’s an example of poor etiquette. If you do have to use it, only use it as long as it’s really needed – a few hours to charge batteries and run the air con, or a few minutes to cook dinner, being mindful of how others will be affected by its use.

Lastly, consider only using modern generators which have been designed to be as quiet as possible. Although a $250, two-stroke generator you saw at ALDI might be a once-in-a-lifetime bargain, it’s probably best left in the shed at home to be used during blackouts, or on a job site. There’s a good chance your caravan’s delicate electrical system, and the devices you’re charging, won’t like it anyway.

All in all, if you need to use a generator – then use one. They are an important accessory that add a level of comfort and reliability to the camping experience that not many other products do. Just remember, that not everyone agrees with that

Do you use a generator at camp? What do you do to be considerate of the noise?