With power to all six wheels, diff lockers fitted to two of the three diffs and an extended chassis that’ll support a 23 foot motorhome body, the extended, 6WD HiLux on display from Explorer motorhomes is one of the most wild vehicles on display at the Brisbane Caravan and Camping Supershow this week.

Explorer Motorhomes is a small tray back camper and motorhome builder based near the Sunshine Coast which puts out a range of small motorhomes with bodies built from a complete and single-piece fibreglass moulded body, harking back to its owners days as a luxury boat builder. While it’s carved a niche building motorhomes for the backs of Toyota HiLux and Ford Ranger single cab utes, it’s impressed critics recently (including this humble one) with it’s extended wheelbase, six wheel, four-wheel drive Explorer Discovery. When I reviewed it a few months back for issue 32 of ROAM, I said, “Overall, this is quite the motorhome. Its level of fit and finish is exceptional, it’s very comfortable for two people and capable enough to travel most of the roads to the best places in Australia. Not only that, it’s backed by a five-year structural warranty which is one of the best in the business. Sure, this is a distinct vehicle that uses a very different approach to meet and ends, but it does it thoughtfully, practically and with an unexpected grace.”

The six wheeler, four-wheel drive features a it a full load sharing suspension system which allows far more articulation of the two axles, so the rear lazy axle is much less likely to lift the driven one off the ground in undulating terrain. It also means there’s no risk to over-stressing either axle if there is some articulation, as the load is shared between them. That system has been carried over into the six-wheel drive version, of course, with the addition of an extra driven axle. It shouldn’t have too many problems off-road, even in places as remote as the Kimberley, Australia. Explorer’s motorhomeless motorhome on display lets you see the engineering and working of the system, and somewhat understand its complexity. With all that traction, it’ll undoubtably overcome the few shortcomings of lazy axle conversions, which often sees the rear-most wheel lift the rear driven wheel off the ground when the going gets tougher. That might still happen, but there’s still likely to be two sets of driven wheels on the ground at all times.

With a motorhome body on the back similar to the one I reviewed in issue 32, the 6WD version is expected to cost around $265,000, which is not an unreasonable cost for a go-anywhere expedition vehicle. That’s roughly on par with the Kimberley Kampers Unimog, for example. 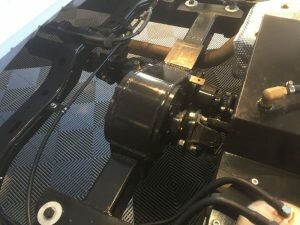 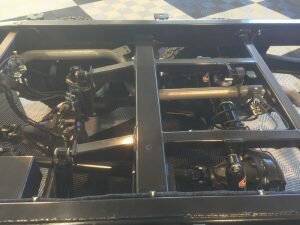 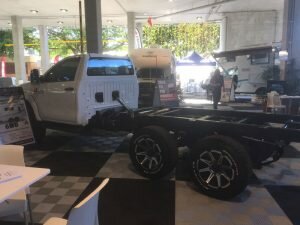 If you had a six-wheeler, where would you take it? Let us know in the comments below.