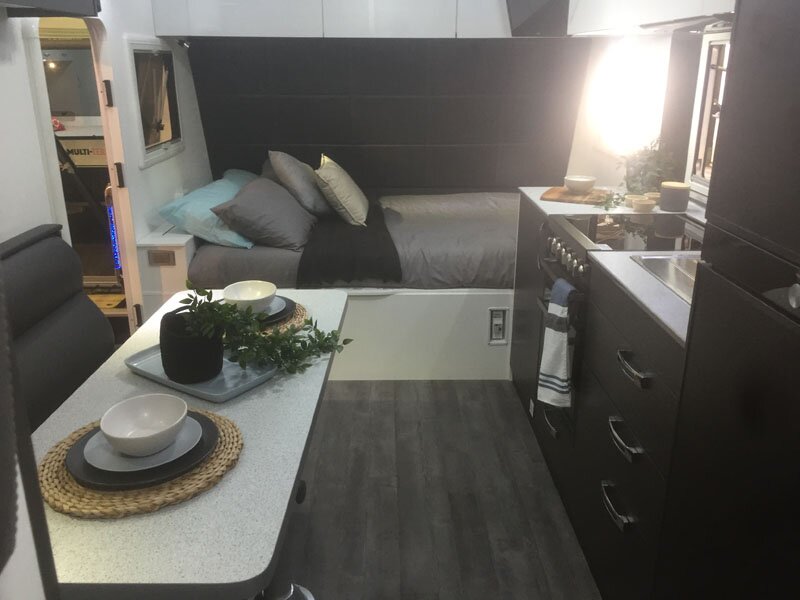 Avida, one of Australia’s longest standing motorhome and caravan manufacturers, has unveiled a dedicated off-road caravan, over and above its semi-off-road range of Multi-Terrain caravans. Called the Rock, it’s initially available in a 20-foot family bunk van with four berths, but there will also be a 16- and 20-foot versions with sleeping space for just two people.

The 20-foot family van features similar interior to the recently upgraded Birdsville and Esperance motorhomes, which is to say that it’s plush. That includes leather upholstery, handle-free overhead cupboards with soft close hinges, shadow lighting, enough lights to blind a supernova and a general feel of interior sophistication. 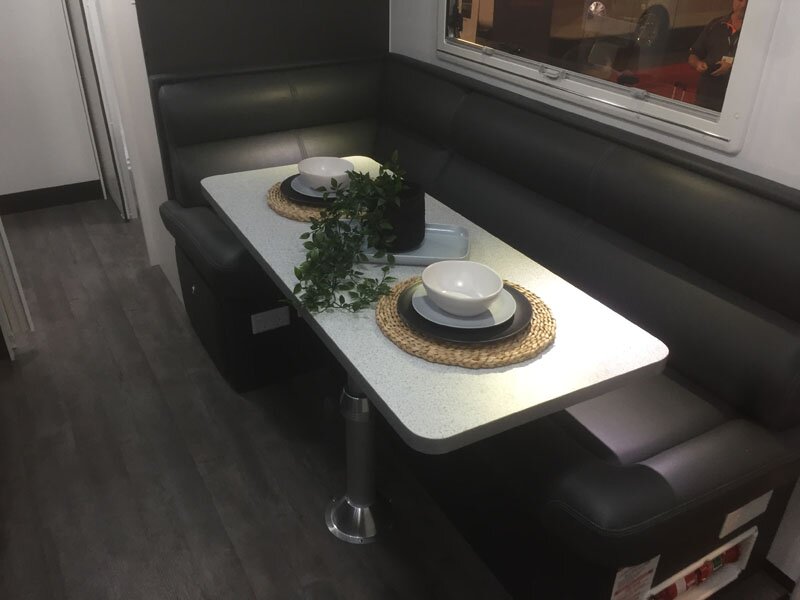 The floorplan is space-saving in that it features an east-west oriented bed (island beds are luxurious, but the biggest waste of actual space in a modern caravan, in my opinion). The kitchen and leather clad dinette are found in the middle of the van, while two bunks stretch north-south along the driver’s side rear, opposite a roomy ensuite.

Standard features include a premium stereo with Bluetooth and USB inputs, reverse cycle air conditioning, soft-close drawers, three slide-out pantrys, filtered water, a washing machine, a large two-door compressor fridge and ceramic basin in the ensuite. Shown in the images is an oven, which is the only internal optional extra on display. The caravan is fully constructed by Avida, down to the chassis which is purpose-built and hot dip galvanised. That’s placed on Cruismaster XT suspension with premium Dexter brakes and 16in sports alloy wheels (plus two full-sized spares). In comparision to the Multi-Terrain specced Avida’s the new vans is higher off the ground, has better suspension and more underbody protection.

It’s body also features a single sheet from the bottom of the front nose to the bottom of the back wall. With its single-piece walls and floor, there’s only four sheets in the box and therefore almost no chance of it ever letting in any water. On the roof there is 300-watts of solar to help charge the two 120ah batteries. Underneath there are three 125-litre water tanks, two for fresh water, one for grey. Externally, it’s got awning and work lights around the van, and a full-width tunnel boot. A second boot can fit the optional (and stunning) Dometic slide-out kitchen, plus there’s a large toolbox on the front which can be wired to fit a small fridge on a slide. There’s also a reversing camera, DO35 off-road hitch and brush rails, just in case. 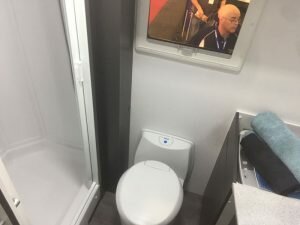 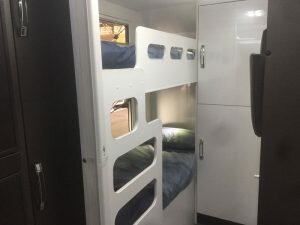 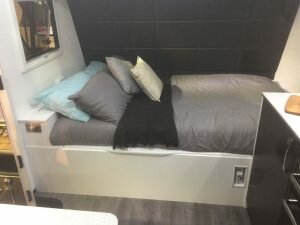