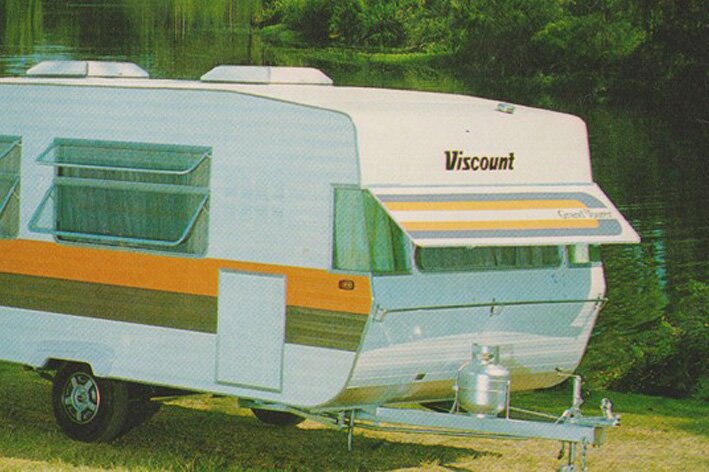 What really happened to Viscount?

In the 1970s when Aussies sang of their love for football, meat pies, kangaroos and Holdens, odds were that close behind the car was a Viscount caravan. Join us as we dive into the history of this caravanning icon.

Viscount brought mass production to the industry, making stylish and durable caravans affordable for average families for the first time.

At its peak in 1978, not long after taking over arch-rival Millard, Viscount accounted for three out of every four caravans and campers sold.

No one could have foreseen that just a few years later the company would be on the ropes, desperately struggling to stay in the game.

The story began in 1956 when John and Maureen Carr arrived in Adelaide with not much more than a suitcase.   She was just 19 and he was 24.  The newlyweds were part of the ‘Ten Pound Pom’ wave of immigrants paid to come and help ease the country’s post-war labour shortage.

Maureen’s first and still vivid memory of Australia is disembarking from a P&O liner  and being taken on a cattle truck to their first home, a crowded and draughty former army barracks.

It was an inauspicious beginning for a couple who were later to enjoy incredible wealth and luxury. 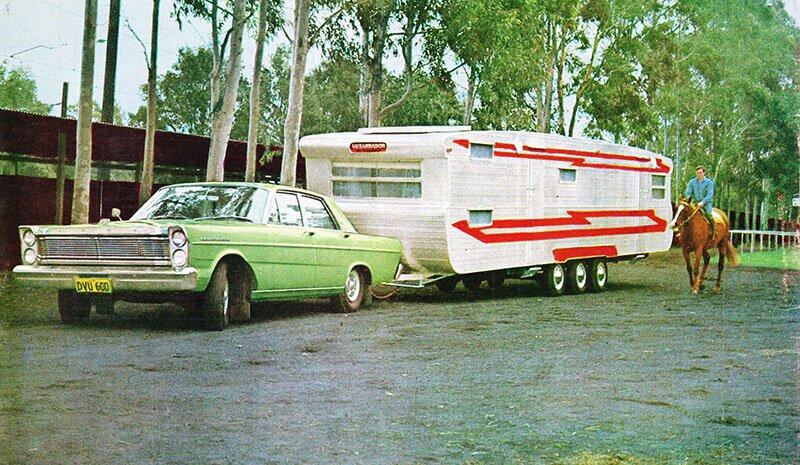 John was a talented carpenter and both went to work straight away.  After a couple of short-lived jobs, Maureen says John found himself building caravans in a small backyard operation owned by a man by the name of Hardy.

“Before long John started his own caravan building business in a milking shed on a big old dairy farm.  We worked nights and weekends.  When our first daughter Jacky was born she lived in the back of our car for about the first eight months as we were constantly on the road on sales trips.”

Maureen takes credit for coming up with the name Viscount, inspired by the excitement surrounding the arrival of the first Vickers Viscount airliner flying into Adelaide.

As well as doing the books in the early years and making curtains for the vans, Maureen also takes credit for actually selling the first Viscount.  She just happened to charm a farmer passing by the single caravan they had on display at the Royal Adelaide Show.

“Actually it was the second caravan we’d built.  The first one was in the yard back at the dairy because we needed somewhere to live when Jacky was born.  It was the display caravan and I had to keep it spick and span – and disappear when a buyer came along.”

Buyers did come and quickly appreciated the quality and workmanship of John Carr’s caravans.  Viscount grew quickly, moving to a new purpose-built factory and a few years later to NSW. 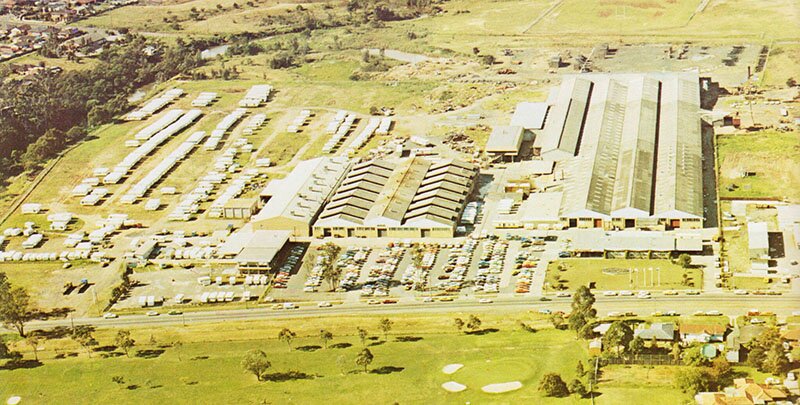 The Carr family also grew, with four daughters and a son following in close succession.  Maureen says it was initially tough for the family as every spare dollar was ploughed back into the business.

As Australians became more prosperous in the 1960s, Carr found success by delivering lightweight luxury caravans almost a generation above anything else on the market.  By the latter half of the decade he’d perfected mass production of strong aluminium frames.

In July 1965, the company moved to a huge new factory complex at Orange Grove Road Liverpool, famed for being “the biggest complex of its type in the southern hemisphere”.

Starting work on the first day was a bright young accountant by the name of Garry Dunn.  He was excited to be working alongside the boss who the workers called ‘JC’ – “short for Jesus Christ”, they said half jokingly.

Carr and Dunn developed a close working bond based on their passion for numbers and JC’s desire to drive down costs.

However Dunn was amazed to learn the man already regarded as one of Australia’s most successful up and coming businessmen could barely read or write.

“His handwriting was so poor he often asked me to complete documents for him.” 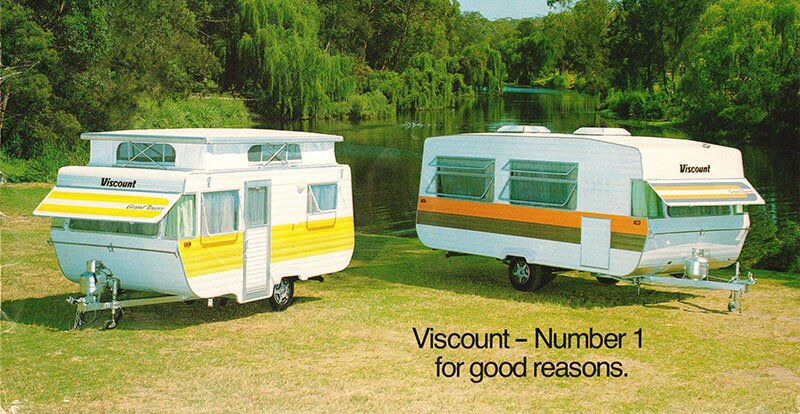 Maureen Carr says her late husband suffered from mild autism, a secret they never told their children.  However both Maureen and Garry Dunn say whatever JC lacked in literacy skills he more than made up for with other talents.  Put a spreadsheet in front of him and he could tally up the columns with ease.

“When we arrived in Sydney and he saw the site he wanted for our first factory he just got out of the car, walked in, came out a short time later and told me he’d  persuaded the owners to sell.  The same thing happened when we later bought the factory site at Orange Grove Road.  He just convinced the market gardeners who were there it was time to move on,” Maureen says.

As the years of hard work brought big rewards in the 1970s, the Carrs travelled the globe, making alliances and doing deals.  Dunn says they constantly sent back new ideas, materials and components.   Senior staff and their families were also rewarded with fact-finding tours to the US.

“At one stage the former Viscount factory at Lansvale was converted into a flat pack furniture factory after John went to Sweden, saw IKEA and decided to do the same thing here,” Dunn says.

Changes came rapidly in the mid 1970s. Gordon Cairnsdale, who’d steered the company for many years, died suddenly after a road accident late one night on his way home from the factory.

According to Dunn, Cairnsdale had been a crucial partner in the business, working with Carr to make it successful.  Not long after that, the former junior accountant was appointed managing Director of Viscount Industries.

Dunn headed the company through what were to be its final glory years as Carr lived the life of a global playboy, even opening a nightclub on the Gold Coast.

Dunn says Viscount’s success at that time was largely due to being close to the major dealers at the time and quickly adopting new innovations.