Melbourne Leisurefest is on this weekend and there’s a whole swag of new caravans, campers and camping products on display. Here’s some of the most notable.

On The Move Caravans Traxx Series II
The Victorian manufacturer’s first slide-out model, the Traxx is a serious piece of caravan. The giant dual axle van has a very modern-looking interior that’s really set off by the 50-inch (yes, 50 and inches is correct), telly that rises from a cabinet at the foot of the bed. All of the van’s furnaiture is CNC cut, too, which adds to the precision of the cabinetry. 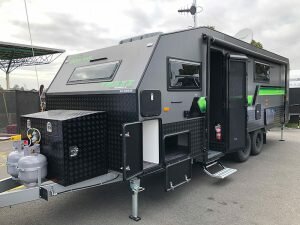 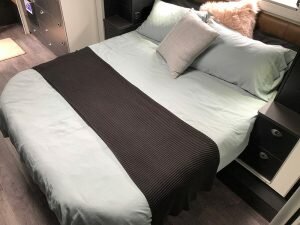 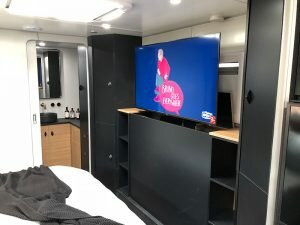 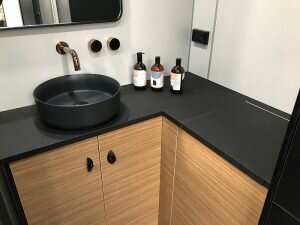 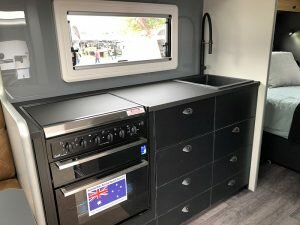 The Traxx Series II caravans are described by On The Move’s owner, Lennie Mifsud as the brand’s versatile caravans – a semi-off-road model they can do a lot of things with. All that size and luxury comes at a price, though – the van is on display for around $119,000.

Thetford’s new fridge and cooktops
European appliance manufacturer Thetford, is displaying its new range of kitchen appliances, including the T1152, a slimline 152L compressor fridge. Designed to fit into more convenient and space-efficient areas of a caravan, and run off batteries and solar, rather than gas, the new fridge has a large bottom drawer, big enough for 2L bottles standing up, and 18L of freezer capacity. 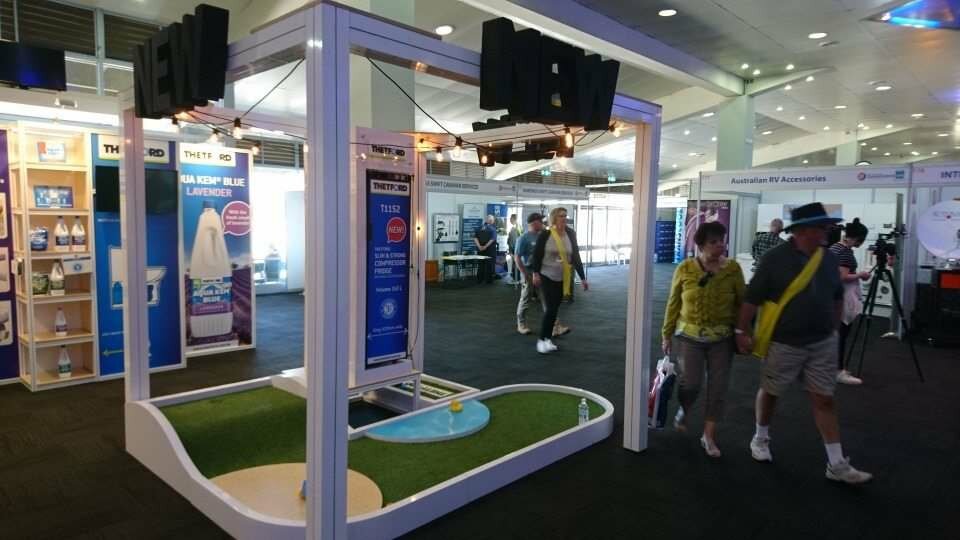 Thetford also has the new Topline 922, two-burner gas stove on display, alongside the Enamelled Kitchen Centre. The stove, with it’s enammelled glass base, rather than stainless steel, looks stunning and is supposed to be easy to clean. It’d look pretty good in a vintage caravan renovation, that’s for sure. 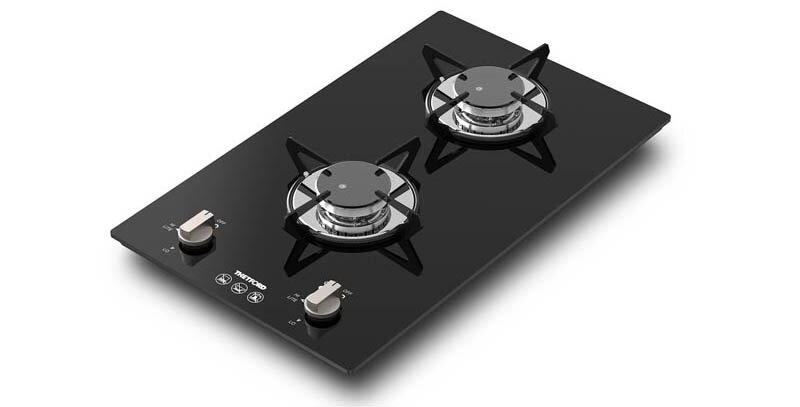 Skamper Campers Dingo Pup
The Dingo Pup is the latest in the Skamper Kampers forward-fold campers, although this one’s the lightest of the lot. Tipping the scales at just 1160kg, the Pup is over 300kg lighter than the Dingo. It still has Skamper’s one-peice continuous chassis and what appears to be the same body and tent as the heavier versions, although downgrades many of the features to skim the kilos back. There’s 10in brakes instead of 12in, 15in wheels instead of 16in. It also doesnt have the luggage rack, as extensive a kitchen, less underbody protection, one battery instead of two and a smaller water tank. Skamper says this has resulted in a 100kg ball weight, which is feather-lite for a forward fold camper trailer. 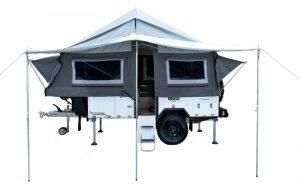 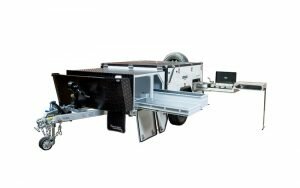 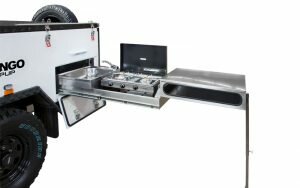 Trakka Trakkadu 450 S
Trakka is showing off it’s updated campervan range, including the impressive, albeit indulgent, Sports range of campers. The 450 S is based on the most powerful of the Volkswagen Transporter range, and has a 150kW, 450Nm engine with 7-speed DSG gearbox.

The 450 S will be completed with Trakka’s Plus Pack, an extra’s package that adds a swag of high-end gear to the campers. That includes at aforementioned lithium batteries as well as an app connect function, reverse camera, Volkwagen’s light and sight package, colour matched bumpers, fog lights and window screens and blinds. There’s also an electric awning, 38-litre grey water tank, crockery set, a sliding side door screen and a rear annexe for extra living space.

The lithium battery pack includes a 125ah battery which is light weight and much faster to reach full charge. As it’s usable capacity is 25 per cent higher, it also offers more power for the same size battery when compared to an AGM. It’s partnered with a 15amp, five-stave 240-volt lithium battery charger and 25amp, five stage DC to DC lithium charger. You probably can’t afford it, but it’s worth a look just to sit inside it and dream… 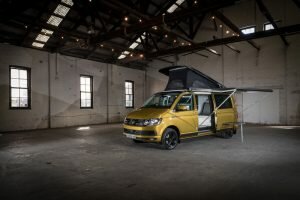 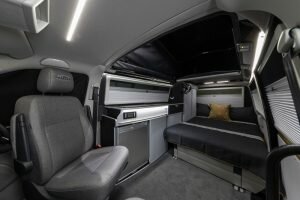 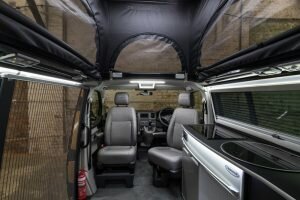 Dometic CFF 45
Dometic has comprehensively updated its old CF40 portable fridge, replacing it with the larger capacity CFF 45. The new, 43.5L fridge weighs 19kg and is said to be one of the most efficient fridges in the range. Along with the digital display system, the new fridge has a unique double-hinged lid, so it can open from either side, depending on what’s convenient. It can hold wine and soft-drink bottles up right, and can be used as either a fridge or a freezer. 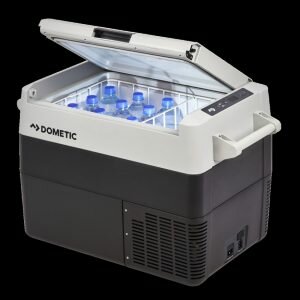 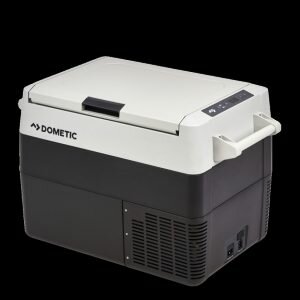 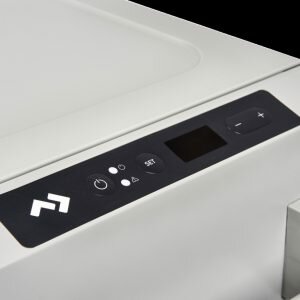