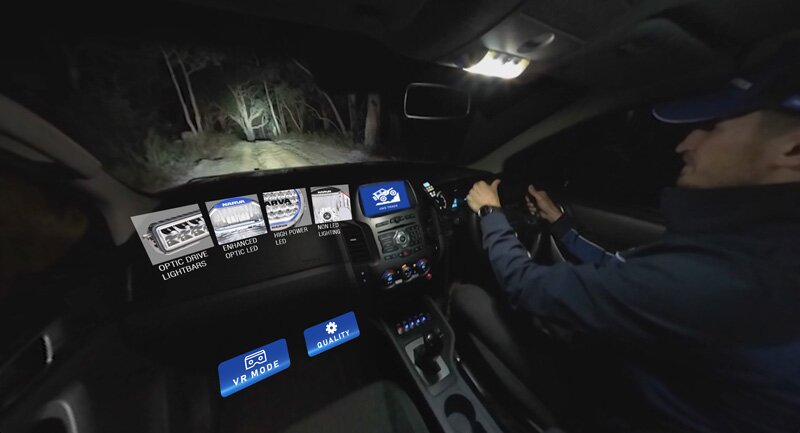 Ever used a set of virtual reality goggles or watched a 360° video? Leading automotive electrics supplier, Narva, has just launched a VR experience to show off its entire range of high-performance driving lights, and it’s pretty cool stuff.

The newest lights to the range are the Narva Ultima 175 and 225 L.E.D driving lamps with ‘enhanced optics’ a technology Narva says “captures and harnesses the light output and precisely focuses it for maximum volume and penetration”, which I think means makes the light shine brightly for a long distance.

Unlike many of the high-performance LED driving lights, which rely on a high quantity of high-powered LED globes and an array of small reflectors (like the Ultima 180 and 215), the Ultima 175 and 225 lamps provide their spread of light from a row of LEDs onto a single highly polished reflector, much like how the older style, single bulb halogen or HID driving lights used to do it. Although the Ultima 175s put out just 3800 lumens compared to the Ultima 180’s 6795 effective lumens, the 175 is more than twice as efficient. It only takes 30 watts, rather than 120, which is 126 lumens/watt for the 175 and 56 lumens/watt for the 180. 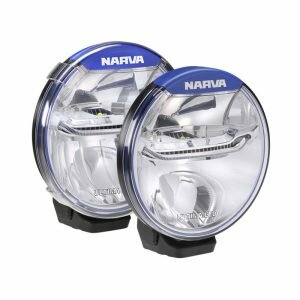 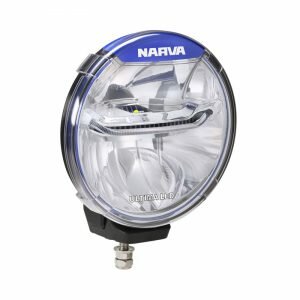 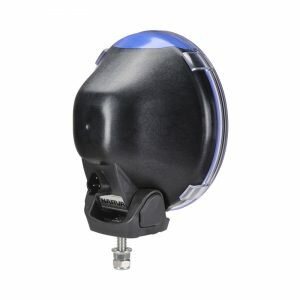 Narva says the new Ultima 175 and 225 lamps are available in combination, broad and pencil beam patterns. They can penetrate up to 680 metres at one Lux depending on the pattern selected and feature a signature L.E.D daytime running lights courtesy of a forward facing LED strip.

If you’ve got a smart phone you can take a virtual tour of the Narva light range, thanks to its VR experience (click here). It’s even better if you’ve got a set of VR goggles, (or Google cardboard) as you can sit in the driver’s seat next to Narva Marketing Manager Jake Smith and trial all the different lighting combinations (from standard High Range to top-of-the-line Narva Ultima 215 lights) in varying terrains, including highway driving, dirt roads and low-range off-road tracks.

My advice if you’re using the goggles. Sit on an office chair so you can move around without walking into anything.