Yesterday, Queensland and Australia’s towing community erupted in outrage at a suggestion by the Courier Mail that Queensland would be preventing aftermarket upgrades to towing capacities. The article in question said that “The new laws mean any Queensland driver wanting to buy a caravan will probably need to buy a new vehicle as well.” That statement, based on the alleged changes that sparked it, is patently untrue. So, what is really happening with Queensland towing laws?

Back in June, Queensland Transport and Main Roads circulated drafts that set out to change the specifics of what was and wasn’t possible around GVM, GCM and towing capacity upgrades. The two codes, Gross Vehicle Mass Rating of Light Vehicles; Code LS11 and Modifications Leading to Re-rating of Gross Vehicle Mass of a Light Vehicle according to LS11 Design Certification; Code LS15 specifically focus on increases in load capacity.

It’s LS11, though, which is causing all the drama. It said,

“LS11 code is not to be used for changing the rating of towing capacity, Gross Combination Mass (GCM) rating or maximum braked towing mass (MBTM) of the vehicle. These ratings must remain the same as those provided by the original vehicle manufacturer.

When the vehicle is loaded to the gross vehicle mass according to LS11 rating, the safe trailer mass it can tow must be adjusted so that the total combination mass does not exceed the rating or the limit specified by the original vehicle manufacturer.”

Stakeholders (mostly businesses involved in providing GVM and towing upgrades to light vehicles) were asked to make submissions, although were given less than a month’s notice before the expected changes would come into place. Prominent aftermarket suppliers like Lovells Springs and Six Wheeler Conversions all made submissions citing the need and benefits of towing and GCM upgrades, although according to Mike Briggs, director of the latter, there was no response. Mike told me, “There was a draft modification code sent to us for review, which we sent responses to. I don’t know what is going ahead. We haven’t heard anything back about our submissions.”

However, approval for GCM increases are possible on a federal Second Stage Approval, which is when modification happens before the vehicle is registered, according to Briggs. He told me, “There was an update on the cards for the Federal Second Stage Manufacturing which would not have allowed for towing or GCM upgrades. However, on consultation with representatives at the RVCS, they have said we can still apply for the upgrades and have them assessed on merit. The problem is, they don’t have a lot of legislation around GCM or towing upgrades, so are happy to pass on the assessment to the State authorities.” 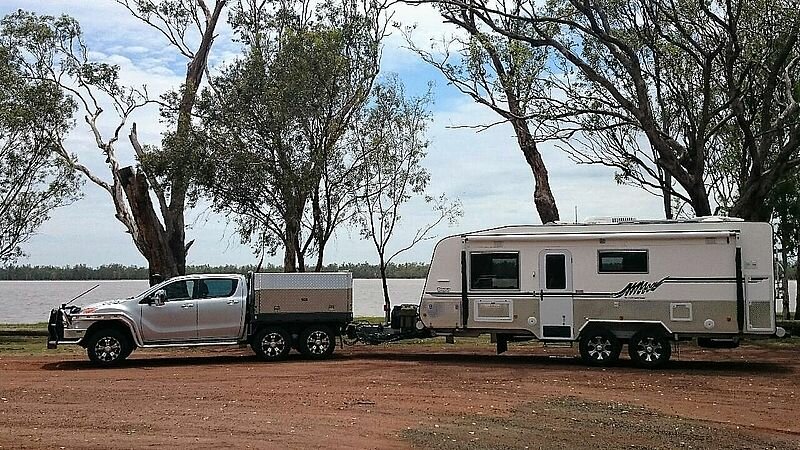 Lovells Springs has today made a statement (read the full statement here) condemning the Queensland Government’s stance on these changes, saying “The Queensland Government is persisting with refusing to permit the revisions of Gross Combined Mass that are allowed on in-service vehicles in New South Wales and Victoria, and on pre-registered vehicles across Australia.”

So, what can we learn from all this?

Firstly, if this does come into effect, it affects only a very small number of caravanners in Australia. As an indication, Mike’s company, Six Wheeler Conversions, did 43 conversions last year. And while there are many more simpler upgrades made by companies like Lovells, over 20,000 new caravans were built and sold last year, and over 600,000 are registered on Australian roads.

Secondly, it has the potential to significantly damage the viability of many small businesses, like Mike’s, without addressing the problem at hand – which is why people need to upgrade their towing vehicles in the first place.

Many caravans are overly heavy. In an unrelated, and as-yet unpublished, interview with former caravan builder Neil Chesney, he told me that caravans are heavy because it’s cheaper to build heavy caravans than light ones. That’s in line with comments made in an open letter about the LS11 draft by Briggs. It says, “the RVCS has allowed car manufacturers to promote high tow capacities, with unrealistically low GCMs and allowed caravan manufacturers to promote big vans with unrealistically low payloads for years. This has trapped many motorists, who’ve unwittingly found themselves over ATM and GCM. For many of these motorists, it’s unaffordable or impractical for them to trade up from their already accessorised [vehicles].”

Realistically, preventing the increase in towing capacities doesn’t get overweight caravans off the road, as most people with an overweight caravan are not aware of the fact. Indeed, as a result of research I have done, it’s often a result of overloading the van and vehicle, rather than incorrect weights being published by manufacturers. All the more reason to give people an avenue to rectify the problem. All preventing the increase of towing capacity and GCM does is prevent drivers taking reasonable and responsible steps to ensure they are towing their caravans safely. That’s outside the benefits to people who need upgrades outside of towing requirements. 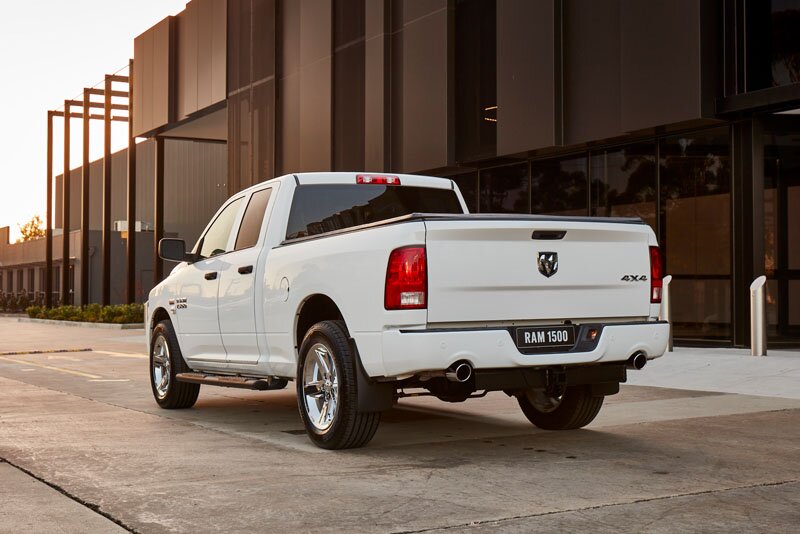 Will vehicles like the RAM 1500 become more popular because of its high GCM?

Thirdly, if you want to buy a new caravan, you would only have to buy a new car if the caravan you want is too heavy to be towed by your car. If you own a modern SUV or 4WD, there are literally thousands of vans for you to choose from that can be safely towed by everyday vehicles. The issue may only arise if you want to tow a caravan that’s at the maximum limit of the vehicle – often 3500kg – and that is a very big and very heavy caravan. You’d be doing yourself a favour to tow something lighter.

Fourthly, there’s no date set for these changes to take place, if they do at all. According to Lovells, the Minister for Transport, the Hon Mark Bailey MP, has said that the proposed new Vehicle Modification Codes LS11 and LS15 will not now be introduced on 4 September 2018.

And lastly, if you do want to increase the GVM, GCM or towing capacity of a vehicle, it is still entirely and legally possible. And as the changes won’t be retrospective, vehicles that are already modified will be fine. So if you’re at all worried, book that six wheel conversion in pronto, I guess.

Have you got a GVM, towing or GCM upgrade on your vehicle. Tell me why you needed it?