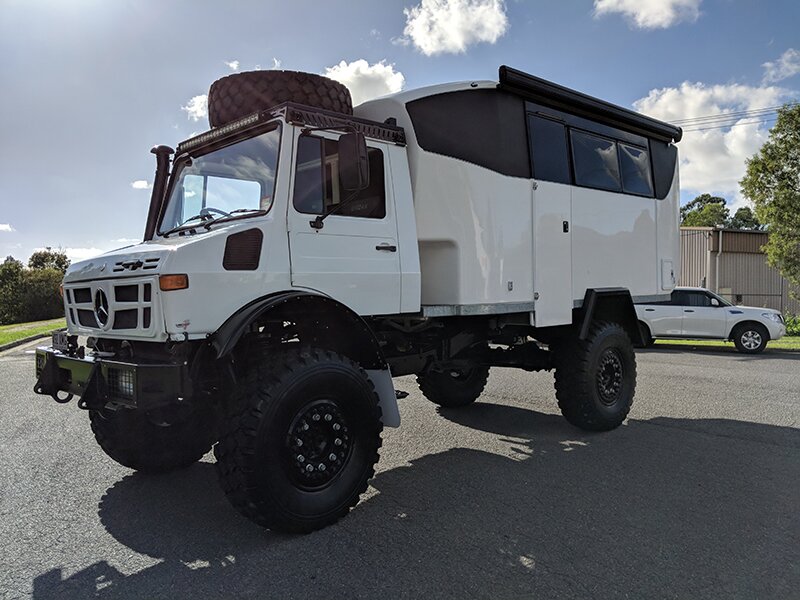 Hottest things on display at Sydney Caravan and Camping Show

The Sydney Caravan Camping Holiday Supershow begins on Tuesday and all the exhibitors are set up and ready to show off the best of their wares. This year has brought some really exciting new products (as well as some really, really old stuff), but if you’re looking for the hottest of the hot, then they mostly fall into the off-road, high-tech or very, very old categories. Here’s what you should look out for at the show. It’s been 30 years since Jayco introduced us to its Outback uprade for camper trailers, although in all that time it’s always been a product for ‘outback’ roads, rather than off-road tracks. That might be about to change as Jayco has brought along an Adventurer Camper Trailer, which, if it’s anything like the Adventurer caravans, is a full off-road camper that is built for much rougher tracks than outback highways and the like. Read more about the Jayco Adventurer Camper Trailer here.

It was almost a year ago that Ballina-based Kimberley Kampers unveiled plans for a Unimog based version of its product and the company has finally delivered. Kimberley has developed the expedition vehicle in partnership with Unidan Engineering, a Gold Coast based rebuilder of the Merc-Benz trucks. The one on display is a fully reconditioned Mog with a modified E-Class Kruiser on the back. It rides on 46in wheels, has 20 gears and is next to unstoppable. 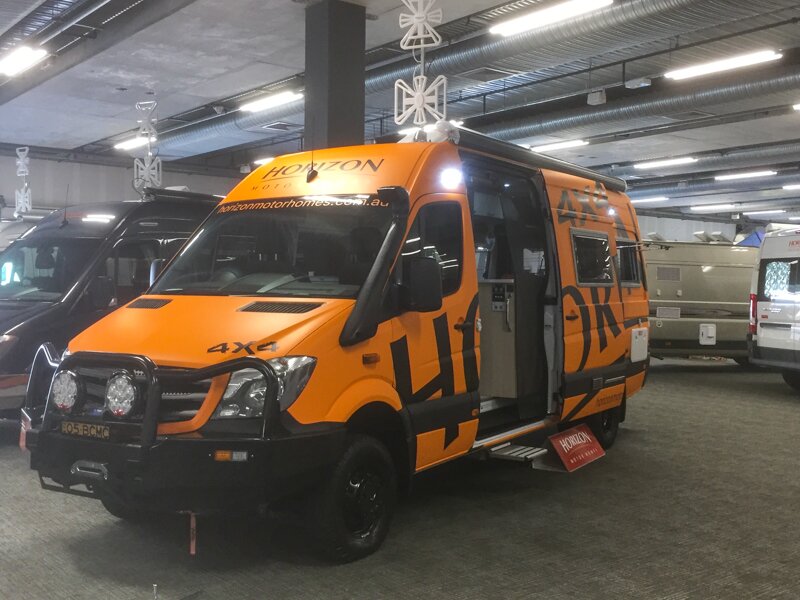 Another Ballina-based business, Horizon Motorhomes has brought along a bright orange 4WD Waratah motorhome. Said to be the personal vehicle of the company’s owner, the Merc-Benz Sprinter based motorhome is sure to make a statement. It’s complete luxury inside, too, fitted with a great shower and toilet, swivelling front seats and a convertible double bed. It’s just (loudly) begging to be driven around Australia. Frontline Campers has been building campervans in Sydney for more than 30 years and this year has a big assortment of Volkswagen and Hiace based campers on display. All of them are overshadowed by the T2 Kombi on display, which is allegedly worth more than any of the other new campers here. It’s been fully reconditioned to original spec, including a full engine rebuild. And we asked, but found out it won’t be turned into a camper at any stage. We’re not sure if we’re happy or sad about that, either. 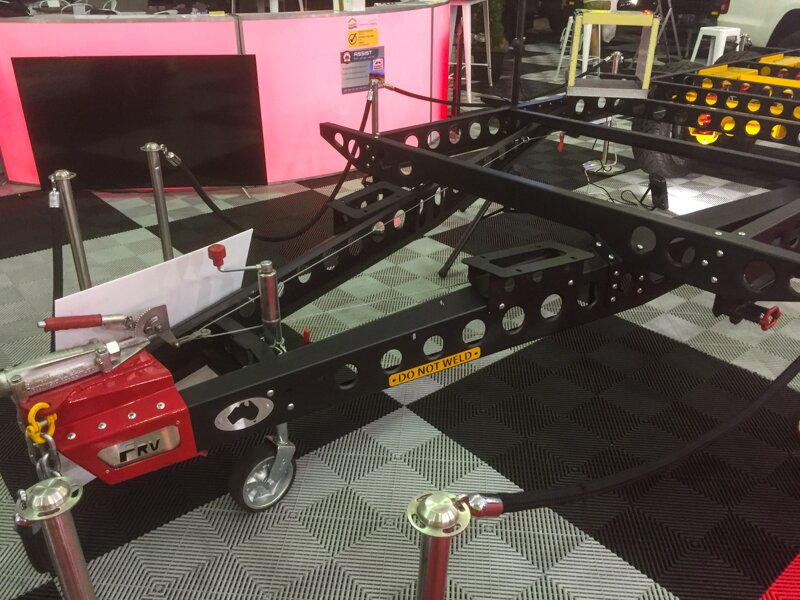 Western Australian-based caravan builder, Coromal, has brought along its amazing new chassis. Completely CNC machine and lazer cut, the whole contraption is 130kg lighter than an equivalent chassis made in a more traditional way. The whole thing is riveted together (with really massive rivets) rather than welded and almost modular in design. Coromal has also unveiled a new suspension design, which takes influence from its traditional knee suspension, but modernises it a bit. New production methods have also completely eliminated timber from the Coromal product, so it’s all worth a look. Call us biased, but our own stand is by far our favourite. On it we have eight vintage and classic caravans which span a time period starting in the 1930s and finishing in the 1980s. Also, as far as we can tell, we have the only caravan here on 20in (or there abouts) rims. The rims are wooden spoked and from a Model A Ford, but fitted to a caravan that was built in 1936! We’ve also got one of the first Jayco’s ever built and one of the last Sunliners ever built. Seriously, it’s very cool.

The Sydney Caravan Camping Holiday Supershow runs from Tuesday 24th of April to Sunday 29th of April at Rosehill Racecourse. Parking is free. Get tickets here (for a discount) or at the gate. Make sure you come and say hello.