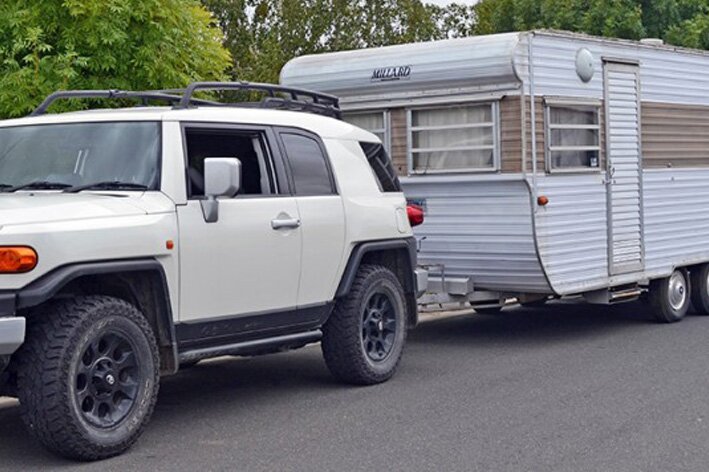 Tired of removalist expenses each time they moved, frequent nomads Andrew and Tanya Filak decided to invest in a permanent home – with wheels. With the help of their young daughter, Tasca, the trio gave Milly – the vintage 1973 Millard – a new lease on life.

Where did you find your van & how did you come to own it?

Some friends of Andy’s parents contacted them and offered to sell their vintage 1973 Millard caravan to us if we wanted it. We’d been looking for years but never quite had found ‘the one’. We drove from Jervis Bay to Melbourne to take a look and it was love at first sight. 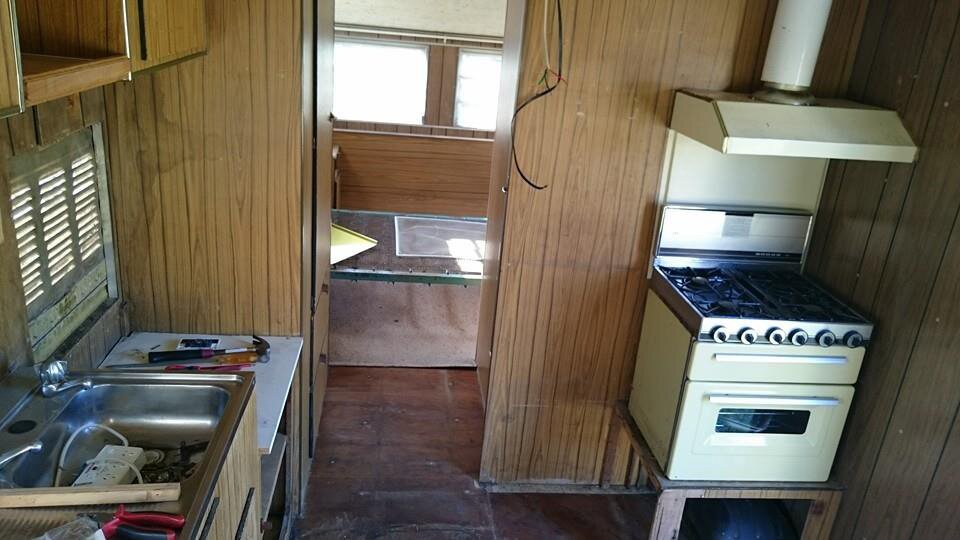 The old gal had seen much better days. She’d been left to rot in the weather and there was an extremely strong aroma of mould and cigarette smoke. The roof, cabinetry & floor all bore the scars of water damage, which we soon discovered was due to the sidewall having separated from the roof in a small section. At some point a patch job had been attempted in the bedroom roof vent by taking out a section of the kitchen bench top, which resulted in it fusing shut. The toilet holding tank leaked, while the water pump was totally fried. Basically, she required a lot of TLC. 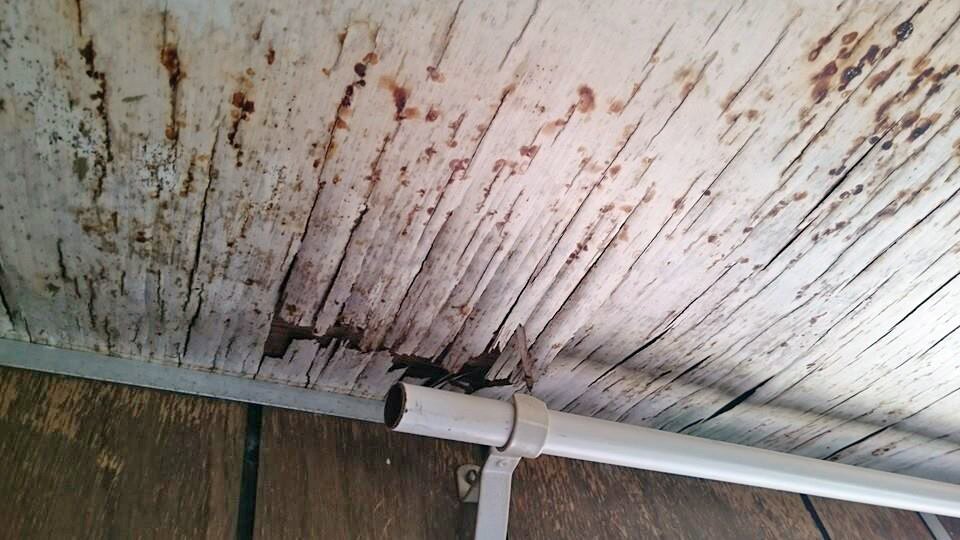 What do you know of it’s history?

We really don’t know too much of her history. The previous owners had her for eight years and used her for their fishing trips. At some stage she’s clearly enjoyed an awning, judging from the mounting holes and rails on her, but they told us they never had one. 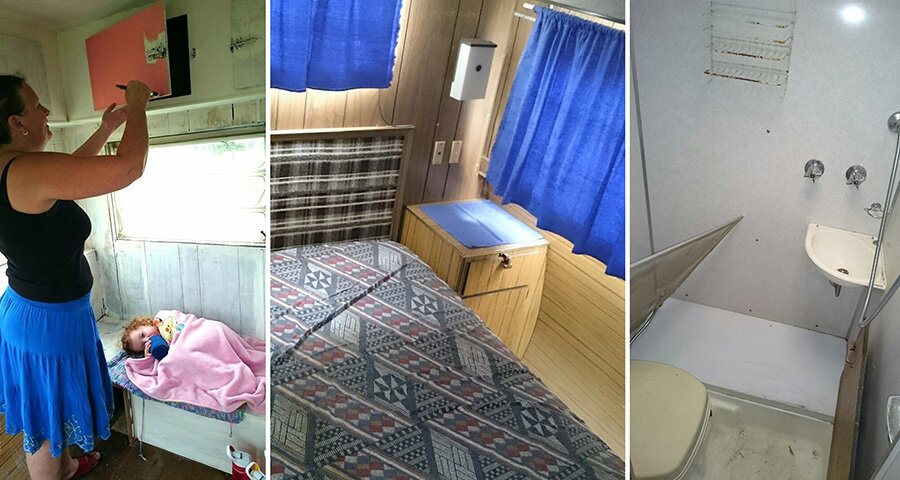 Our biggest challenge by far has been to stop the water onslaught! Every time we think we’ve finally got her water tight, a heavy downpour proves us wrong. But we’re slowly winning that battle.

If it’s in your heart, just do it! It’ll never be perfect, as it’s already led an outstanding life before you. The entire point of going vintage is to embrace the personality of the van, the era and the people now. 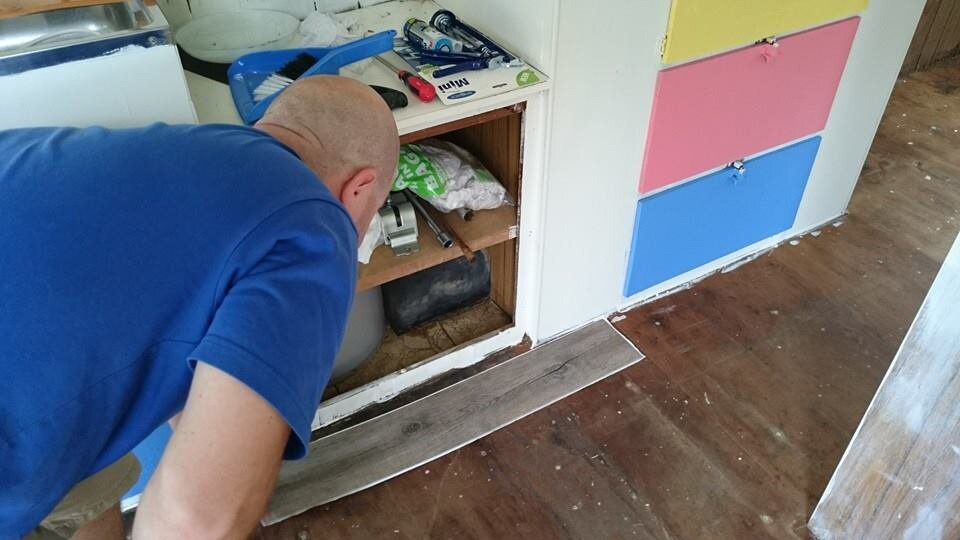 Tell us what you use it for now.

We live in our Milly full-time. We’re semi-nomadic, traveling the nation for work and usually spend a year in each region before moving on. Now instead of money draining away in removalist and rental costs, we can simply hitch up our very own home and take ourselves to our next destination. It gives us a sense of stability, that even though the scenery may change, our home doesn’t. We are now very proud first homeowners. 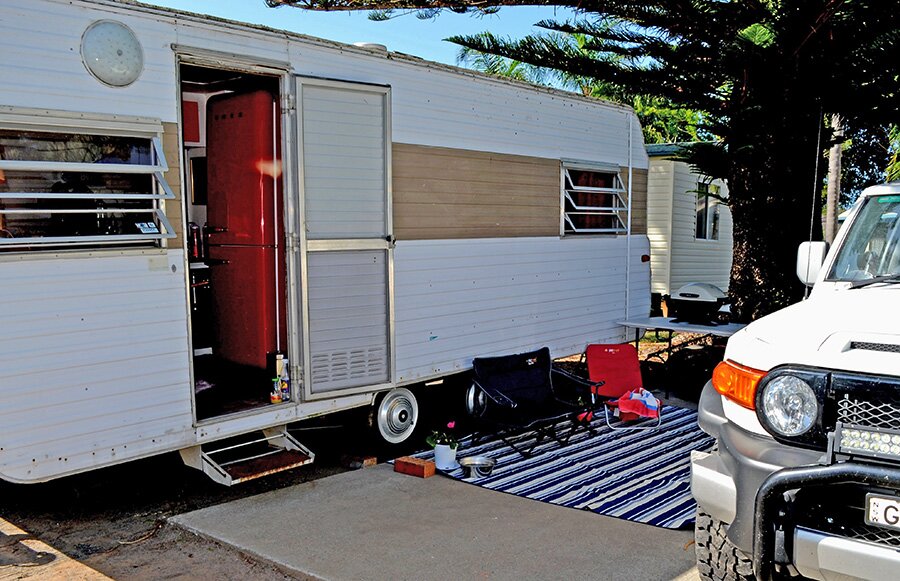 What have been some of your most memorable experiences?

Having travelled both length and breadth of Australia already, we enjoy wild places the most. From The Tarkine in Tasmania to The Kimberley in WA, we’re looking forward to now revisiting all of our favourite places with Milly. It will be a new experience for us as we’ve always been tent campers before. Our first time out with Milly opened our eyes to what a lovely community the caravanners are with everyone ready to help us out as novices. It has been absolutely lovely seeing the misty eyed moments of nostalgia with so very many stories of how our Milly evokes fond memories in so many people of their vans ‘just like that one’ when they were younger. 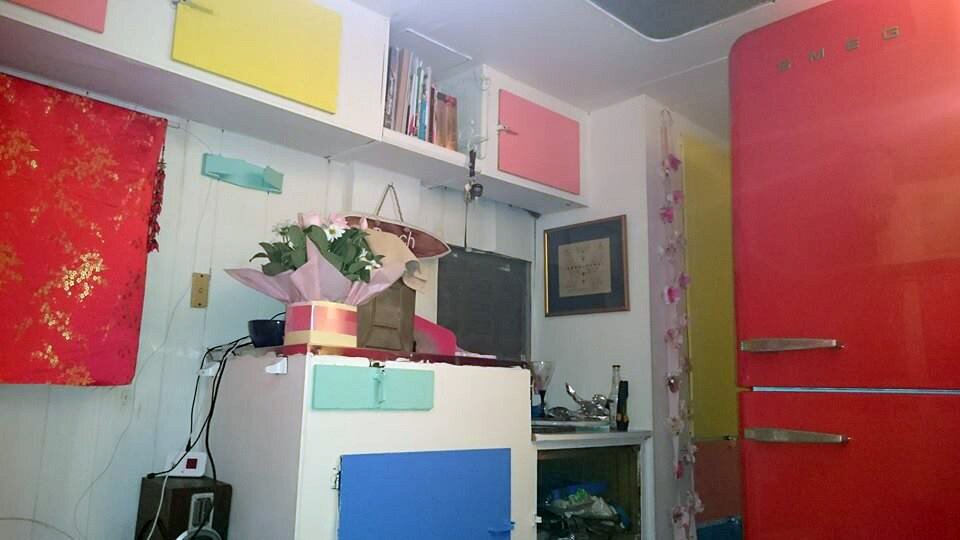 Love Millards? Then you’ll love How to Find the Perfect Millard and this story on a restored 1979 Millard.