When it comes to vintage caravans, there are few Australian makes as sought after as the fabulous fiberglass Olympic.

Advertised as “the Aristicrats of the road”, they’re renowned for their durability and light-weight practical design.  More than a thousand were built from 1961 through to the late 1980s.

These timeless classics owe their heritage to the Dimmack family, who can trace their links with caravan building as far back to the 1920s when the arrival of the Model T Ford made motor vehicle travel accessible to many for the first time.

Walter John (Jack) Dimmack started building bondwood and aluminium caravans in Queensland not long after he returned from the Second World War.

Olympic Caravan Industries was registered in 1961.  The 16 foot Riviera was the debut model, initially available in a range of colours, with the 14 foot Debonair launched in 1966 priced at $1600. They were followed by another mid-size van called the Contessa, the luxury 19 and 21 foot Stardust launched in 1969 and an 11 foot six “Micro Styleleader” coming in 1975.

As demand increased, Dimmack decided to simplify production by making every caravan the same colour.  It’s why most you see on the road today are generally cream in colour unless they’ve been repainted by their owners.

Production peaked in the late 1960s around the same time Olympic found national fame thanks to two very well planned publicity stunts. As media watched on, a Sydney dealer towed an Olympic caravan down the Parramatta River behind a boat, proving they were leak-proof and could go just about anywhere. The same PR stunt was performed on the Swan River in Perth and was even more memorable thanks to the addition of some “damsels in distress”.

Beautiful women in swimsuits rode on the roof of the caravan, but it all came unstuck when the tow rope broke and the caravan started floating off.  Fortunately one of the onlookers came to their rescue, diving in the river and re-attaching the tow rope. 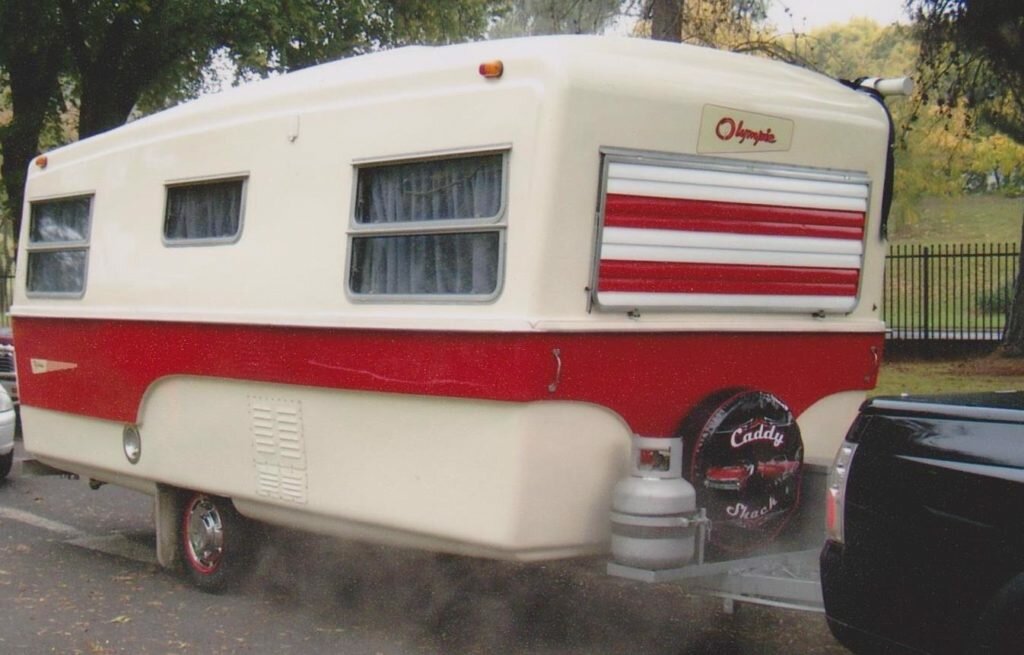 As well as the watertight fully fiberglass vans, Olympic  built  other recreational vehicles including campers and range of composite fiberglass caravans in the 1970s marketed as “Travel Trailers” Factories were located at various Brisbane locations and as far away as Labrador on the Gold Coast, with final assembly at a site at Springwood/Slack Creek.

Bob Taylor who hails from the Tweed region of northern NSW is possibly Olympic’s biggest fan.  He’s a collector, restorer, historian, archivist and even matchmaker. “I’m known for marrying up buyers and sellers.  When people want an Olympic, they say, Bob will find me a van.”

Much sought after by collectors, Olympics i9n good condition have been known to fetch prices in excess of $10,000. “People like and respect them because of their dependability.  They were well made, they’ll go just about anywhere and last,” Bob says.

Bob Taylor has kept register of Olympic caravans and their owners for the past decade. Of the estimated 1200 built he has just over 500 on his database, the most recent having a 1988 serial number on the chassis.

Bob worked with the Dimmack family to organise a reunion of former Olympic employees in 2010  which also served as a 90th Birthday party for Jack Dimmack.   It was a memorable day and fitting tribute to the caravan legend who passed away the following year 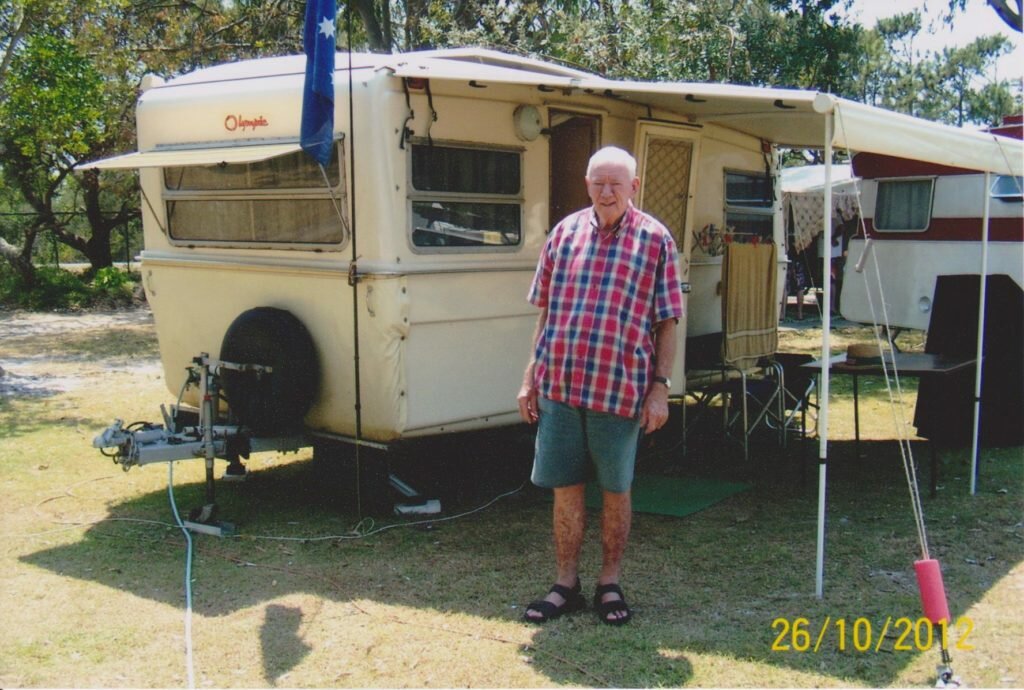 Bob Taylor with one of his Olympics

As for Bob, he’s not slowing down, despite having recently being diagnosed with cancer for the third time. The 75-year old recently bought another Olympic caravan, a 1967 Debonair, which he plans to restore between visits to hospital for treatment.  It will be the seventh fibreglass caravan he’s restored. “I know from previous experience that you’ve got to have a project to focus on to get you through the chemotherapy.”

This article originally appeared in issue 6 of Time to Roam