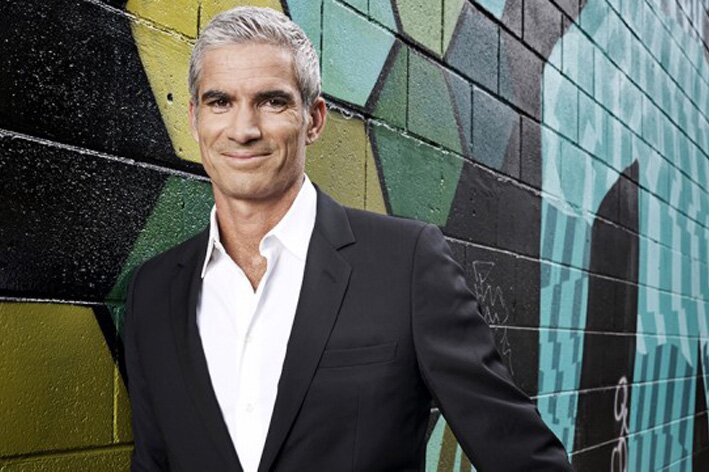 Craig Foster is one of the most prominent sports journalists in Australia, presenting the nightly sports report on SBS World News.

Thanks to his success on the soccer field, he would have to be one of Lismore’s best-known exports. A career In English football and many appointments to global soccer organisations means he’s as well known in international circles as he is back home.

1. Where did you go for camping holidays when you were young?

Many places, though time was short with representative duties in various sports for all three brothers, so holidays were precious. Every year we would stay at Shaws Bay Caravan Park in Ballina for weeks over Christmas. They were idyllic times fishing for whiting on the sand flats behind Missingham bridge, catching mud crabs in the pots behind the (new) airport, pumping for yabbies for bait, riding our bikes across to town for some hot chips and surfing at Flat Rock or Lighthouse Beach and snorkelling in the lagoon. Even today, nothing can beat a feed of fresh Whiting or flathead pulled straight from the river. When any of the boys get home for a visit, we always bring back a fresh supply of fish courtesy of Kev, one of the district’s finest fishermen.

2. What was your favourite place to camp and why?

The attraction of Shaws Bay was its seclusion and triangular nature that meant the kids were safe to strike out on our own for days on end with the bay, lagoon and surf all available without having to cross a road. This freedom is what I most fondly remember. As a father, I ensured my own three children spent their holidays in the same spot every year, staying with their grandparents. All of my nephews have done likewise. Our kids have loved it as much as we did.

3. Tell us about some of your favourite camping memories.

Perhaps the best was a month spent with my father around 1995 fishing for barramundi. I was playing at Adelaide City and broke my foot three times, always in a rush to get back on the field so the club said get away to recuperate. Pop happened to be heading on one of his frequent fishing expeditions and someone had pulled out. I took the spare seat. We had a fantastic time. I experienced the beauty of the NT, saw mosquitoes that could carry you away, caught and cooked fish as big as you’d ever see, put a severe dent in the stocks of barra and drank a few beers over ampfires. I have always dreamt of giving my son, Jake, now 17 the same opportunity with his dad and grandfather but, so far, opportunity is difficult to find.

4. Any not so favourite camping memories or experiences?

One sure springs to mind. We took the family of five up north a few years ago and as any campers on the east coast well know, Ballina at Christmas time can rain for weeks on end. This Christmas the kids were excited but the winds were extreme and rain wouldn’t stop. We went anyway. The winds were so bad the caravan was going to roll over so the three girls had to head back to the family home in Lismore. Just the boys stayed. We thought we’d be blown away but had great fun with my son and we fished in driving rain the entire next day. The next morning there were tents all over the ground and a host of teenagers drenched to the skin or sleeping in their cars. Those Target tents aren’t built for the far north coast weather!