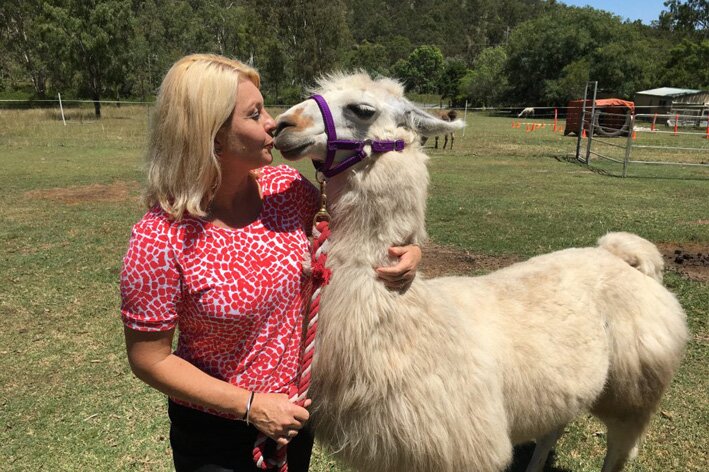 Stacey Thomson is known to Australians young and old simply as Ranger Stacey.   She went from one dream job to the next when, as a young Queensland Parks and Wildlife Service field officer, she was invited to appear on children’s television to introduce native wildlife.

It wasn’t long before Stacey had to give up her day job to focus on Totally Wild. She’s been with the trailblazing show about science, nature and wildlife since it premiered in 1992.  Quite the trailblazer herself, Stacey never tires of learning about Australia and still regularly meets people who tell her she inspired them to make conservation a career.

We went on lots of family camping holidays when I was young and that’s really what sparked my desire to become a ranger. I grew up in Brisbane and we spent weekends at places like the Lamington National Park, which was just a couple of hours away.

What are some of your favourite camping memories?

Every year at Christmas time my father, who was a scuba diver – we called it ‘skin diving’ in those days – took us to North West Island which is in the Capricorn Bunker on the Great Barrier Reef. It felt like we went for a month but it was probably only a couple of weeks. We had to take everything, including fresh drinking water, and it was the biggest adventure. We went with the same group of people from the diving club every year and saw them and saw turtles and I just loved it!

My favourite places were always near the beach or in the rainforest and they still are … but I’m happy to go just about anywhere, really! Those formative years of camping and bushwalking really shaped me. It gave me an appreciation of the environment and of Australia itself – what a big place it is and how different and nice the people are, wherever you go. My childhood memories are definitely the best. Little moments from those holidays still pop up all the time. 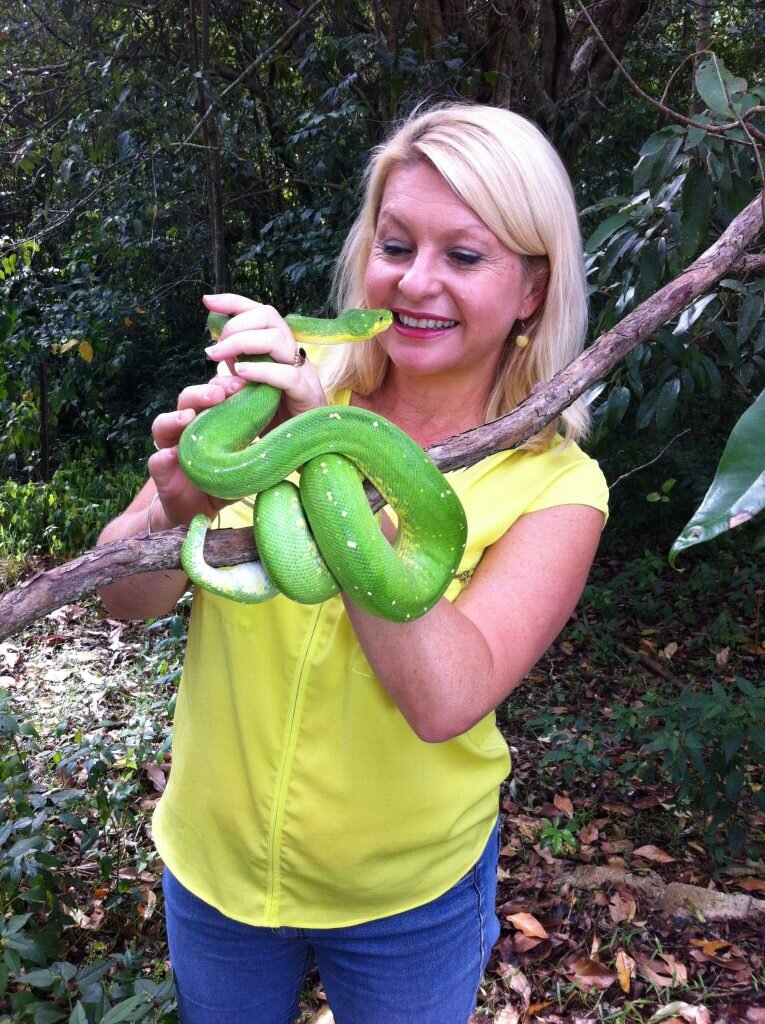 It wasn’t exactly camping. I did a story on wombats for Totally Wild and we stayed in the middle of nowhere in the Epping Forest National Park. There were no showers and the toilet, with no door, had an amazing view. We went spotlighting for wombats at night and it was such a privilege to get to go where nobody else gets to go. After four days I was filthy and when I got back to the hotel and finally had a shower the red dirt just kept coming…

You’re obviously very well travelled; is there anywhere you haven’t been that you’d like to experience?

I haven’t been to Uluru! I’d like to go there and to the Kimberley; they are such raw, vast spaces. I’d also really like to swim with the whale sharks off W.A.

For the full story and images, see Issue 21 of ROAM