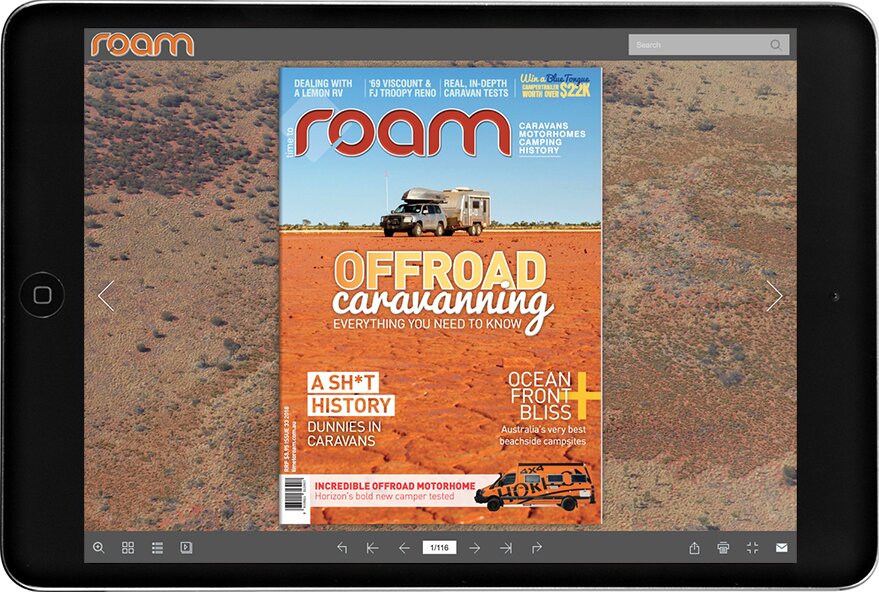 Article by Time To Roam · 25 May 2018 · 4
This issue we delve into the history of off-road caravans in Australia, and trace it all back to the first off-road caravan trip in 1896. And if you think that’s an interesting history, you’ll think the next one is sh*t. We look into the rise of the dunny in caravans.

We take the scenic route to Hat Head, waste some time in Woodgate and go to the secluded Red Bluff campground in Western Australia. We head along to the massive Vintage Caravan Nationals, and look at the sweet restoration of a 1969 Viscount and 1984 Toyota FJ Troopy.

For those looking to buy something new, we’ve put a bold off-road campervan to the test, taken a cosy tray back camper for a spin and camped in two great touring caravans, one so light even a small four-wheel drive can tow it and another built for families on the move. Plus, we also look into Australia’s lemon laws, and see what consumers can do in the unlikely event they’re stuck with a faulty product