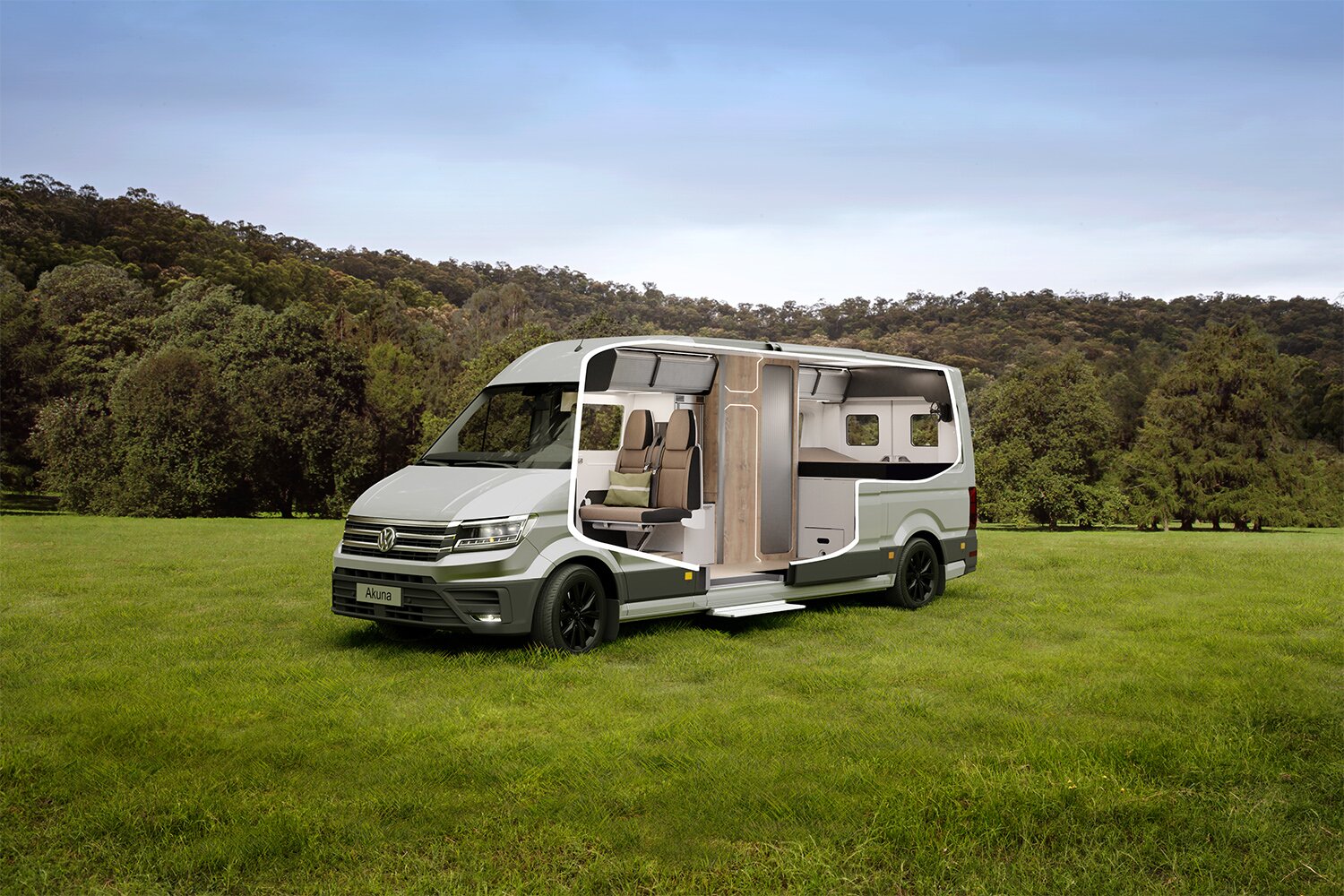 Well known for its top-of-the-line Volkswagen Transporter motorhomes, Trakka has reintroduced a Volkswagen Crafter big-brother after a five-year hiatus. Called the Akuna, the Crafter-based motorhome sits between the Fiat-based Torino and Mercedes-Benz-based Jabiru. It offers noteworthy features like lithium batteries and diesel room heating as standard.

Trakka has said the new motorhome has been three years in development. It said, “Available in both mid and long wheelbases and three different layouts, the Akuna has rounded out TRAKKA’s well established Torino and Jabiru van-based motorhome offering.”

The latest Volkswagen Crafter was released in Australia late in 2018. It replaces the tired, first-gen version which was co-developed alongside the Merc-Benz sprinter, but with none of MB’s finesse. Only available in manual guise, it quickly fell out of favour with buyers, and as far as we can tell, no Australian motorhome manufacturer built on the platform for the last few years of its life.

Trakka has only released details of the long-wheel-base four-seater version but has said mid-wheel-base two, and four-seat versions are included in the model line-up. The Akuna 4S features an east-west oriented bed at the rear, kitchen along the passenger side, bathroom down the driver’s side and a four-seat dinette at the front.

The Akuna range pricing begins at $150,000 for the yet-to-be unveiled mid-wheel-base two-seater and up to $160,000 for the long-wheel-base 4S. Find out more or compare the range at trakka.com.au.

There’s more to this story. Read all the details and find out more on the ROAM magazine app. Download it for free.