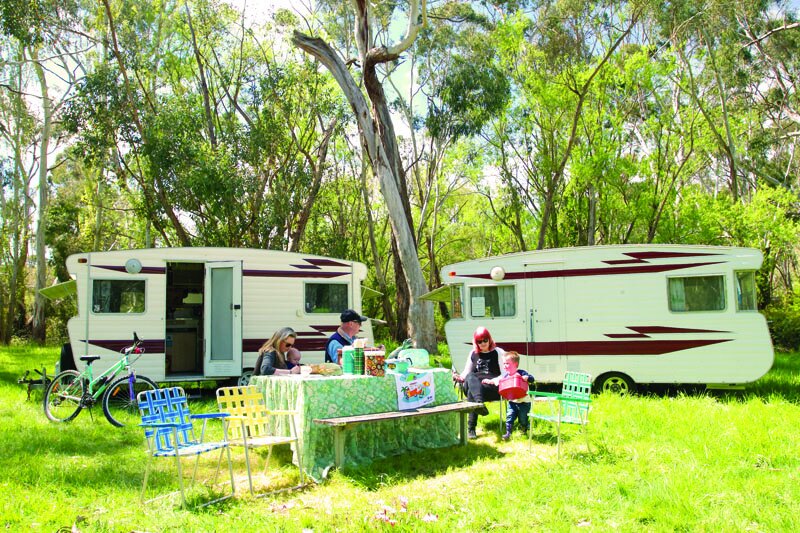 This is a tale about how two vintage caravan look-a-likes met in the most unlikely of circumstances. Kym Hamilton has been travelling extensively though the eastern states of Australia, but a few months ago ventured westward with the aim to cross the Great Australian Bight with her travelling companions, daughter Charm and the friendly pup Buffo. She left her favourite tow vehicle behind – a powder blue 1964 EH Holden wagon – in favour of a steady extra cab ute and hooked up Lucille – a 1969, 15-foot Viscount Ambassador with custom burgundy coloured “dynamic twin flash”. This caravan had been renovated and prepared for the trip, but alas, best laid plans can sometimes go awry!

My wife Gloria and I have had our own vintage 1968 15-foot Viscount Duralvan for a while. It was one of the first “white acrylic finished” caravans and was originally supplied with a blue colour flash. We changed the colour of this flash to match our tow vehicle, which is coincidentally the same colour “custom” dynamic twin flash as Lucille’s. What are the odds, given that this colour was not on the original manufacturers palette? 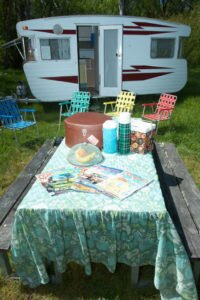 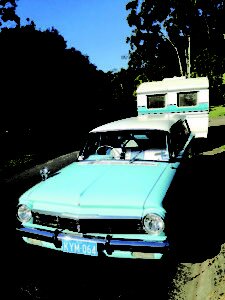 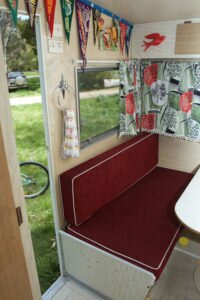 The first time I laid eyes on Lucille I thought that there had been a mistake! I thought someone was towing away our beloved Viki! It turned out that Lucille had an axle problem and had broken down just a couple of kilometres away from our home in the Adelaide Hills where Viki was safely tucked in her shed. The mistake identity was further confused as Kym’s caravan has also had the interior updated just like ours. 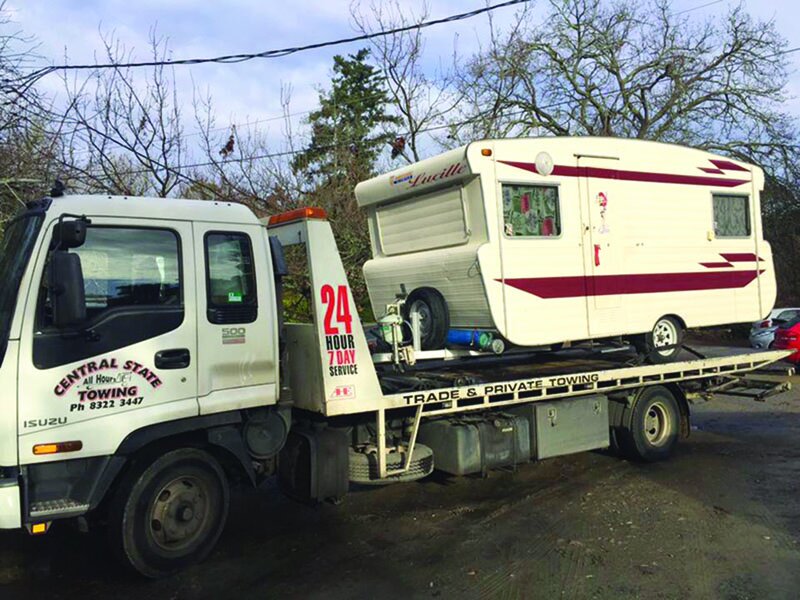 After the new axle was fitted, Lucille did finally make it to the Great Australian Bite, so it would be some months before the two Viscounts were able to meet. We found that Kym is an avid collector of vintage items and collectables and often locates precious items which are advertised through her Facebook page, Lucille’s Vintage Wares.  Gloria and I have found this a great place to purchase a few more of those irresistible caravan collectibles!