Hugh and Belinda Williams are the owners of Lifestyle Caravans at Ulverstone in northern Tasmania and they love caravans, especially old Viscounts.

When Hugh acquired a well-travelled 1973 Ambassador earlier in the year he gave it to his workshop team to renovate over winter. When did you first meet Bessie?

One weekend some time ago I received a text message, it was from my boss. “I’ve just bought myself another Viscount”. Despite owning a successful caravan business with so many new vans to choose from, Hugh and Belinda are just as happy spending their time in an old Viscount. It had been a couple years since their last Viscount and from the sounds of things, they’d found their next one.

This 1973 Viscount Ambassador had been sitting in a neighbour’s yard for some time and one day when a For Sale sign popped up, Hugh drove in, sealed the deal and towed Bessie away.

It seemed quite good initially, apart from some cosmetic issues. The original layout saw four bunks in the rear, which had at some stage been changed to an east west double. Apart from that it was original and ugly! 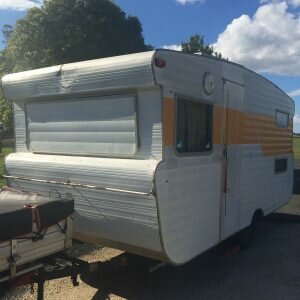 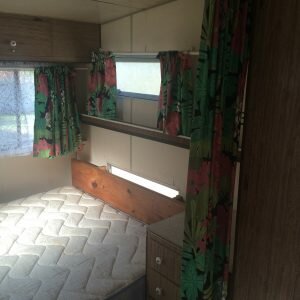 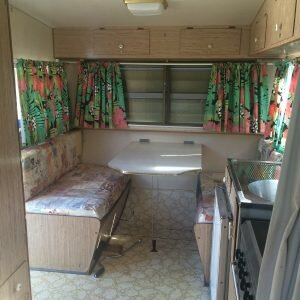 For the last 43 years, nothing. For the most recent few Bessie had belonged to a family in Tasmania and they gave her the name. They had many wild outback trips in Tasmania, which would mostly see them bouncing Bessie through tracks not designed for caravans. Prior to that, Bessie belonged to a family who travelled all over Australia going to different baseball tournaments. They then moved to Tassie and sold Bessie.

What were the biggest challenges in restoration?

I’m not sure if you can consider this a restoration, more of a complete rebuild. The biggest challenge was knowing where to stop. Hugh said to me to do her up as a job on the side over winter, but he didn’t give me a budget.

I gave it to the boys in the workshop and told them to strip it until I said stop.

Bessie received a new A-frame, as well as complete new independent suspension. The original chassis was straightened and strengthened. The floor and wheel arches were also replaced.

From there we re-lined the original roof and walls, using the same technique the majority of Australian manufacturers use when building new vans.

From this stage we made all new cupboards, cabinets, kitchen, bed and seats. Bessie was starting to look like a new van in the shape of an old van. I am not going to suggest that anyone needs to go to this much effort, but replacing existing springs, axles, brakes and the coupling should be the priority. Then you can worry about the cosmetic issues. Doing this will keep you safe on the road, which is by far the most important.   This van has done its job for 43 years now and will continue doing its job in the Australian outdoors for another 43 years.

Tell us what you use it for now?

Bessie will continue to be a weekend warrior with some adventurous trips planned for the future. Expect many more memories to come. 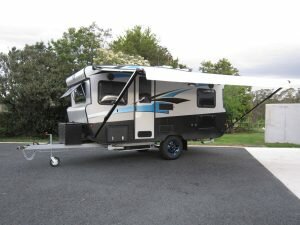 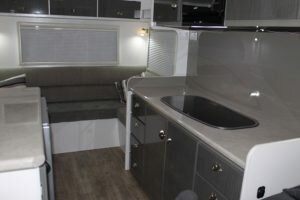