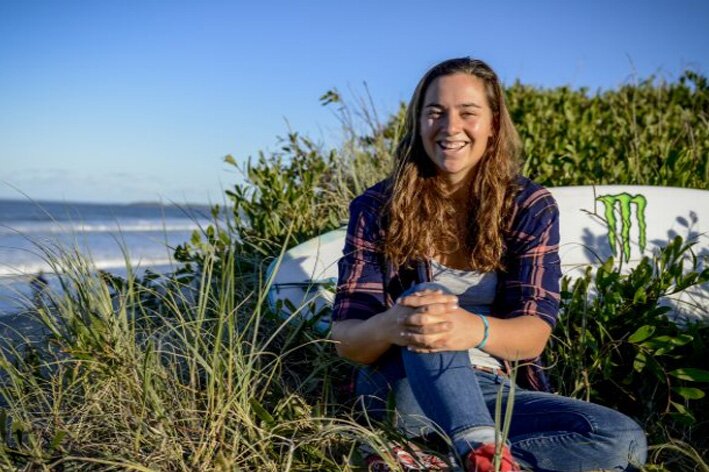 Camping with the stars: Tyler Wright

Tyler Wright has surfed her way across the globe to become Australia’s newest sporting world champion.

Sport writers estimate she’s now earned close to a million dollars in prize money and Tyler recently invested some of that buying a beach house back home at Gerroa – the first coastal town you come to as you enter the Shoalhaven heading south from Sydney.

Where did you camp when you were you a child?

We camped heaps, but it was fairly basic. Mum and dad had a Ford Transit van, they put a double bed in the back, another on top and another underneath and we used to go up and down the coast in that.  It never felt cramped, we were just having too much fun.

What are you favourite memories?

Just being outdoors and on the beach all day every day. Paddling in the creeks in canoes. The care-free lifestyle. If you want to have a nap, you can have a nap. We’d spend hours and hours doing just simple things, like trying build a fire rubbing sticks together.

Not for me, although I do remember the time my older brother Owen fell out of the top bunk and landed on my younger brother Mikey’s head. Lucky there was no lasting damage.

Do you get time for camping now?

Not as much as I’d like. A few of my friends now have really perfect set ups for going camping now so we’re planning ahead – I want to take them out to places where I’ve already been. The older I get, the more road trips I want to do.

What places are you keen to see?

I’d like to go west one day and get away from the coast. I really love the snow and would love to spend more time there, but with my career right now I just can’t.

For the full story and images, see Issue 24 of ROAM