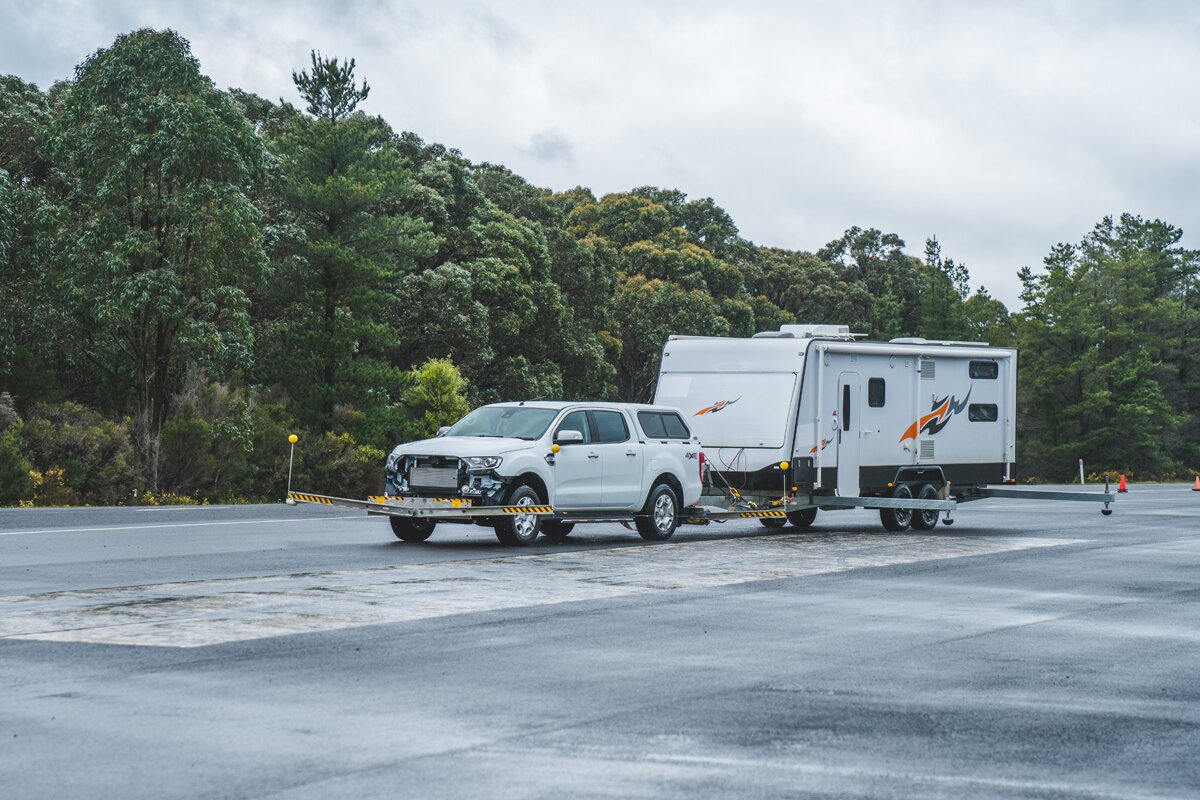 ABS For Caravans – The Next Step In Safety

Caravan and trailer towing safety has taken another step forward as Bosch Australia unveiled a brand new trailer stability product which includes an anti-sway function and ABS (anti-lock braking). Trailer Stability Control (TSC) is designed for fitment to caravans (or any trailer with electric brakes) towed by passenger vehicles.

Developed in collaboration with AL-KO, the product us expected to be made available early in 2018 and is designed to overcome the problem of trailer instability during braking, swerving, overtaking or high-wind towing scenarios. Bosch says it has the potential to reduce the number of trailer related accidents by 45 per cent.

Mounted to the trailer’s chassis, the system comprises an Electronic Control Unit (ECU) with integrated motion sensor, and wheel speed sensors. These sensors determine the movement of the trailer and the speed of each individual wheel, respectively. The brain of the system, the ECU, will be manufactured at Bosch’s production facility in Clayton. It takes readings 25 times a second to determine if and what sort of action it needs to take. 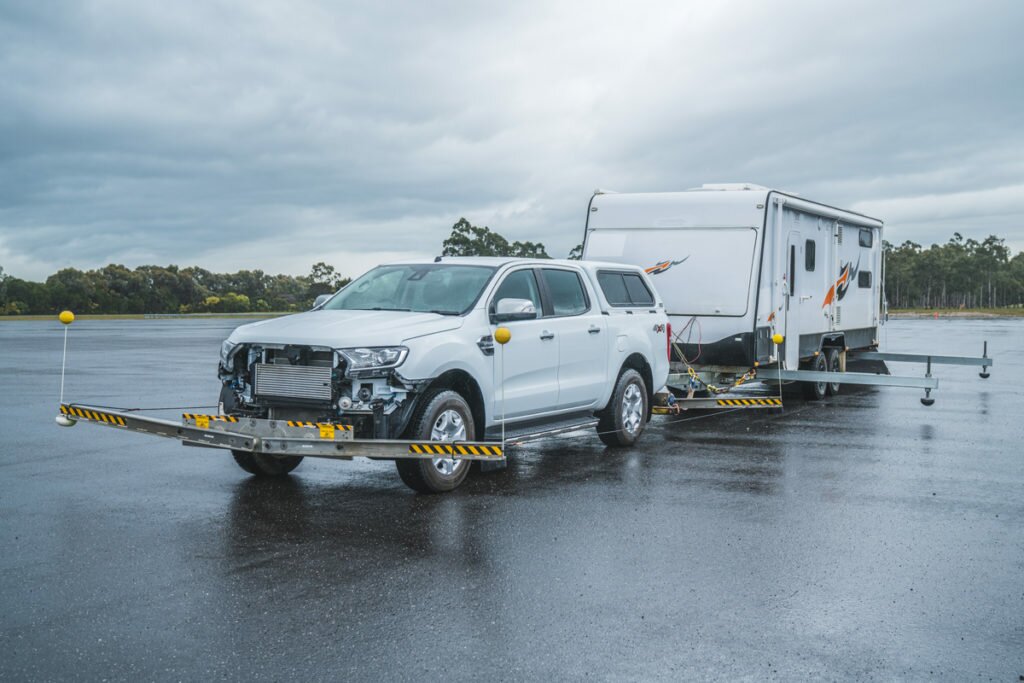 Bosch used this combination to demonstrate the TSC – the large bars are just in case it wants to roll over.

The system has been designed to work on any trailer (with the exception of truck trailers) with up to three axles. Bosch confirmed there is no technical weight limit to the system, but confirmed it is compatible with American tri-axles caravans which could weigh as much as 20-tonne.

According to Bosch, it has been tested in off-road scenarios, is fresh- and salt-water proof and takes 12-volt power either from the trailers house battery, or through the vehicle’s trailer plug. It is one-size fits all, and can be fitted to any trailer with electric brakes without the need for trailer specific tune or calibration. It’s independent of the trailer’s brakes, which means if it fails due to damage or malfunction, the caravan’s brakes will still work. The system is complimentary to vehicle ABS, but will work even if the tow car doesn’t have ABS itself.

This isn’t the first trailer specific product to deal with caravan sway – AL-KO’s Australian and European arms both have a sway control product for electric and manual trailer brakes respectively, while AL-KO’s sister company, Dexter, has its own systems. Both AL-KO versions work by applying all the brakes at once to slow a trailer down and mitigate sway, while the Dexter product analyses sway and only applies brakes to one side at a time.

The Bosch system takes the technology further. In a building sway scenario, it will recognise the situation and apply all the trailer’s brakes to reduce it. If that doesn’t work, it will apply more brake force, and so on until the sway is under control. It can even recognise a wheel has lifted off the ground. In those situations, it will reduce brake force to that wheel to minimise potential damage to the tyre when it hits the ground again. Bosch hopes its new technology will help prevent this.

In a swerve situation, it also applies braking force to all wheels, using its sensors to determine the appropriate force needed.

In emergency braking situations, demonstrations show that the towing vehicle can maintain far better control and is less likely to be pushed by the trailer reducing the risk of being forced out of your lane, or jack-knifing. The tow vehicle maintains the ability to steer out of danger, imitating the benefits of vehicle ABS.

No price has been released by Bosch, although it’s expected to be competitive with current anti-sway systems on the market and will eventually be made available as a retro-fit kit and potentially for hydraulic braking systems.

Would you like an ABS system fitted to your caravan?