Renowned for its fine wines and food, the NSW Riverina city of Griffith has even more to enjoy in 2016 as it celebrates its 100th anniversary.

Griffith has emerged as a must-stop destination over the past decade for travellers heading north or south on any of the major inland routes and it’s easy to see why.

Where else in the world can you spend days dining out on fine Italian style food and wine in a relaxed Australian country environment?

The unique Italian flavour has its heritage in the influx of European migrants who settled in the area as it was transformed as part of the massive Murrumbidgee Irrigation Area project.

When European explorer John Oxley first set eyes on the area in the early 1800s, he was so unimpressed said he was “the first white man to see it and would undoubtedly be the last”.

Despite this rather bleak description, others saw great potential in Griffith’s vast open plains. 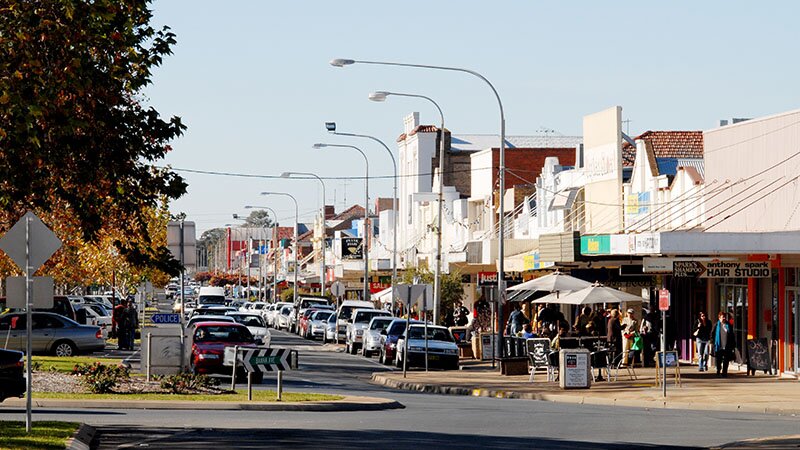 Sir Samuel McCaughey, who had created a successful irrigation system at nearby Yanco, convinced the government to undertake construction of the Murrumbidgee Irrigation Area (MIA) in 1906. Work began quickly with the construction of Burrunjuck Dam starting the following year. By 1911 manual labourers using primitive machinery were hard on work on the main canal, taking the waters of the Murrumbidgee to the Griffith area.

To foster an urban culture befitting the new fertile paradise, American architect Walter Burley Griffin and his wife Marion Mahony were called in to design the layout for the town. The couple had already won the deign competition for Canberra and they used similar concepts for Griffith with ring roads, parks and wide tree-lined streets.

Though the plans weren’t strictly adhered to, enough of the Burley Griffin’s visions were taken up to create the grand statement developers were hoping for. 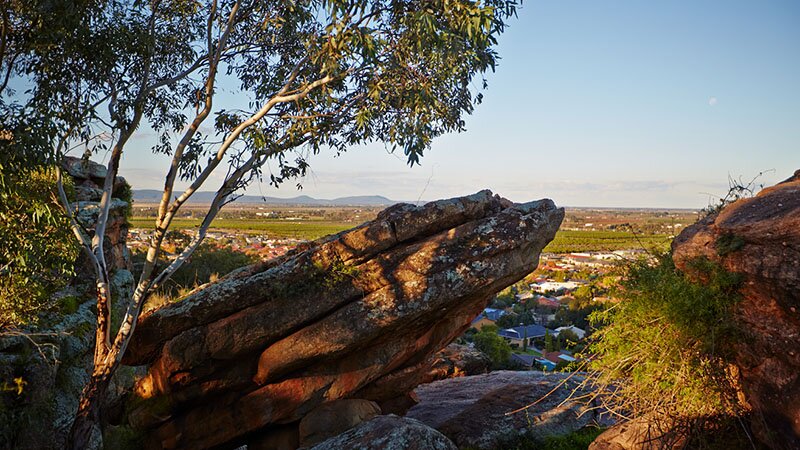 New settlers soon flocked to the region with a huge influx from Italy bringing in centuries of experience in farming, viticulture and a love of good food. Today as many as 60 per cent of Griffith residents trace their family heritage back to somewhere in Italy.

Expansion of the original MIA project continued right up to the 1970s with Griffith emerging as the centre of one of Australia’s great food bowls.

Today it’s responsible for producing 80 per cent of NSW’s wine grapes – that’s about a quarter of the national total. Add to that 90 per cent of Australia’s rice crops and close to a quarter of a million tonnes of citrus each year.

As well as producing great food, Griffith’s Mediterranean climate makes it a pleasant place to visit at any time of year. Special events to mark the centenary include an International Sculpture Symposium.

Beginning May 2, eight renowned sculptors will work over two weeks to transform a block of granite into something fitting for the centenary celebration.

A good place to begin any trip to the region is the Griffith Visitors Centre where there’s easy parking and plenty of friendly advice.   Spend some time enjoying the centre’s interpretive history display before taking a stroll up Banna Avenue – the Burley Griffin vision of a grand country boulevard main street.

It’s here you’ll find many of Griffith’s Italian restaurants, cafes and delis where Italian is as freely spoken as English.   Many other nationalities now round out the city’s rich multicultural tapestry, which now also includes people from more than 70 countries including India and the Pacific Islands.

For wine lovers, a short drive out of town takes you to well-known vineyards such as McWilliams, De Bortoli, and Yellowtail. Though perhaps best known for producing Shiraz and Merlot, Griffith is getting a name for Italian varieties such as Montepulciano, a lovely medium-bodied red. Griffith is also a wonderful place to spend time in the great outdoors, with self-guided bushwalking and cycling trails. There are a number of paths to enjoy depending on your time and ability.

As a bird migration corridor, Griffith and surrounds are also a mecca for twitchers. Some of the best bird watching areas are Scenic Hill Lookout, home to the Hermit’s Cave, and Cocoparra National Park, 25km north east.

Head to visitgriffith.com.au for more info