Most Aussies dream of doing a lap of the continent, however work and life commitments usually see most put off that dream until later in life.

NSW couple Caz and Craig Makepeace are among the growing band of young families refusing to wait to join the grey nomad brigade.

Their story, along with spectacular photographs, captured a following of more than 40,000 fans on Facebook.

We caught up with Caz to find out what the couple learned along the way. 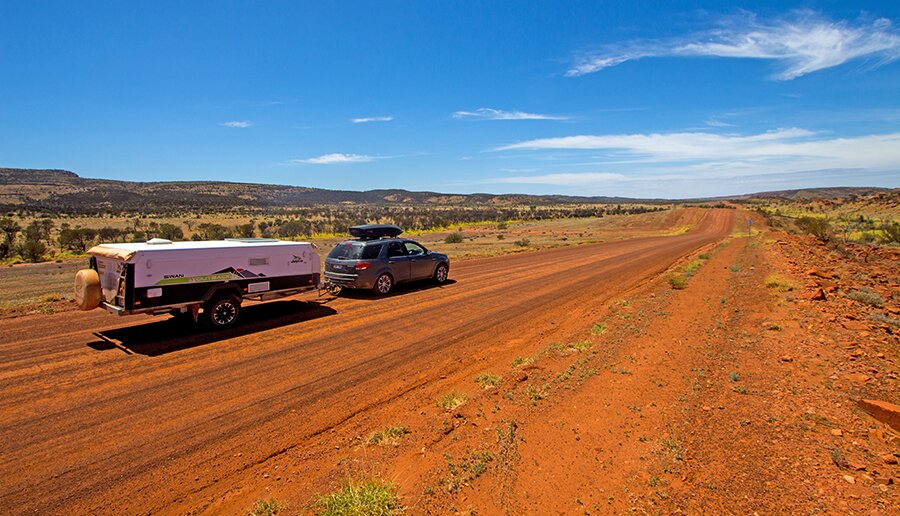 What inspired you to create Y Travel Blog?

We’d been travelling the world for many years and did not want to stop our nomadic lifestyle. We had reached the age where working holiday visas were no longer an option. So we were looking for our own portable business. At the same time, we loved sharing our stories and tips to help other travellers. We felt we had learned so much so we created an outlet where we could share and follow our passion as well.

When did you decide you wanted to travel around Australia?

We decided in about July 2013. Our business was starting to grow and we knew the timing was perfect. After a health crisis, I realised life was too short and if now was the perfect time to enjoy this experience as a family and share it with our community.

What preparations and planning did you do before setting off?

As we’d been travelling for many years had minimal possessions to pack up, sell or store, we were able to plan less and embrace the moment.

All we needed to do was plan a general itinerary for the first month and the direction we wanted to travel in, which changed in a few months time anyway. The less you plan, the more able you are to change when things are suitable. We did not get a camper trailer until six months into the trip.

Did you have much four-wheel driving or camping experience?

None at all. We once attempted to drive on the beach with our 4WD without letting the tyres down! There’s nothing like waves kissing your wheel hub while you’re bogged in sand to make you learn fast! We had camped plenty of times over the years, so felt confident with that side of things. Did you have a route in mind or make it up as you went?

We knew we were heading south and then across to the west. But, we spent too long in Victoria, which meant we were hitting the bottom of the country during winter. So we reversed and headed north and then went west via the Top End.

What type of camper trailer and 4WD did you take?

We had a Jayco Swan Outback pop up camper trailer and a Ford Territory, which is an all-wheel drive rather than a four-wheel drive.

How did you find the 18-month adventure?

It was amazing. It’s crazy to think there is still so much more we have not seen. We could easily do another lap, but at this moment we are all exhausted and need some rest and stability for a while.

What were the highlights?

Link: Read the full interview in Issue 15 of Time to Roam.

Choose your own Macleay adventure