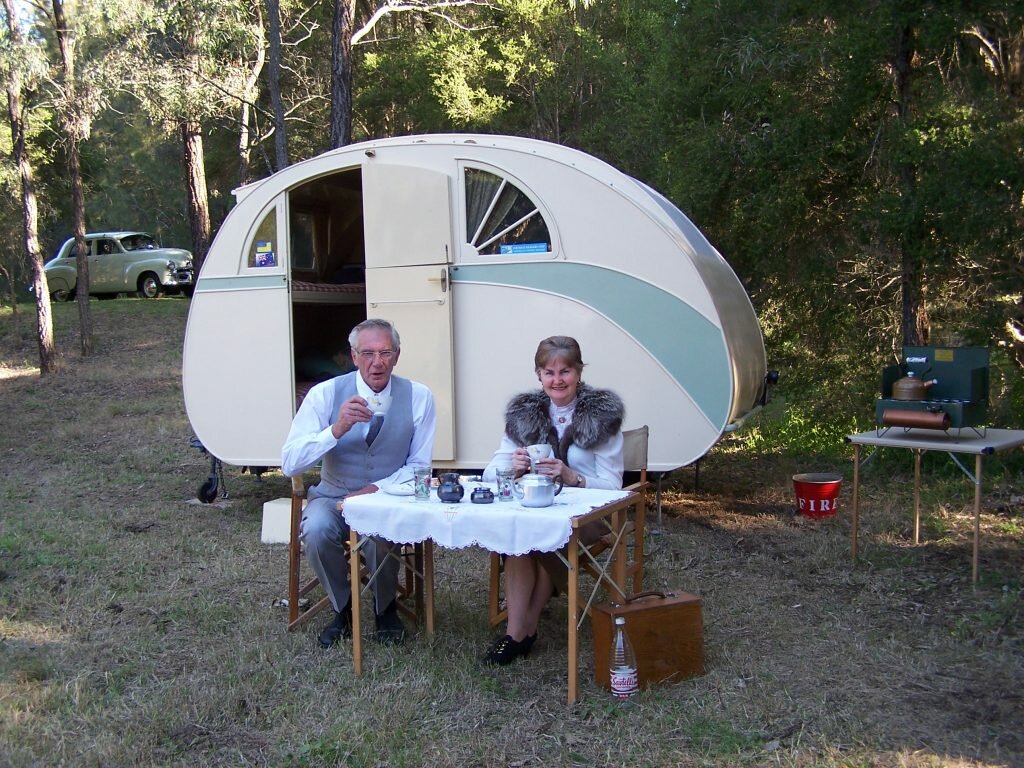 Vintage caravan enthusiasts Bob and Yvonne Kerr have restored a number of beauties over the years. Their latest caravan, a rare and mysterious jewel from the 1930s, has proved to be the most interesting reno rescue of all.

Where did you find your van and how did you come to own it?

Back in 2006 I was displaying another vintage van at a rally in Picton NSW and I had a notice in the front window offering to buy pre 1960 plywood caravans. A couple of weeks later I was contacted by a chap whose mate had a 1936 caravan he was prepared to sell. Conveniently, it was just 15 minutes away in the next suburb.

The van we now call “Ol’ 36” was in the corner of a large shed and had been there some years. There was water damage to the ply externally and internally. 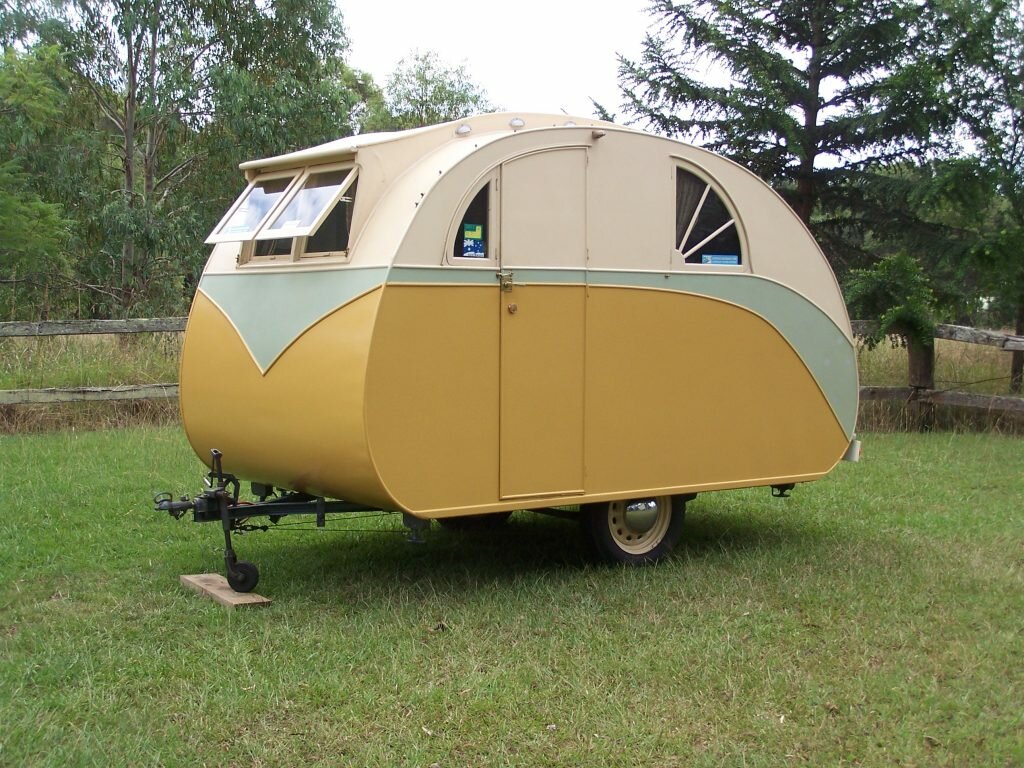 The owner had no interest in vintage caravans and had received this one as part payment for work he’d done. He’d made no enquiries of the previous owner regarding the history, so it has been a bit of a detective game. Most of the hardware fittings inside the van, such as window hinges, door and cupboard catches have English patent numbers dated before 1936. During restoration I found evidence the original plywood was made in Australia, so I’ve come to the conclusion the van was made here, possibly from plans and parts sourced from the UK.

For me the hobby of restoration is about maintaining the original mechanical and design features of the caravan as much as possible. The van was built by craftsmen, so keeping to their high standards when replacing the interior plywood was a challenge.

If anybody is embarking on the restoration of a vintage caravan and needs advice or inspiration, I’d suggest they join the vintagecaravans.proboards.com forum where all aspects of vintage vans, including restoration and history have been discussed for over 11 years.

For the full feature, see Issue 19 of ROAM