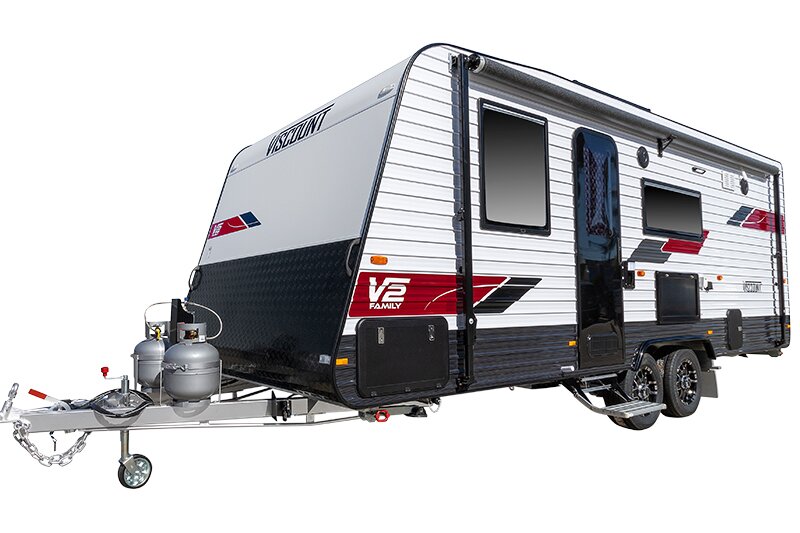 It’s taken much longer than two months to raise Viscount out of the ashes, although it’s been revealed that Concept Caravans is behind the move. Concept, a Victorian manufacturer, also builds Franklin and Newlands brand caravans, both well-known names of the 60s and 70s.

The new range of Viscount Caravans take some inspiration from the Viscounts of old – they aren’t expensive or overly flashy and it looks like they’ll represent good value. Initially, the vans will be available in eight different layouts, two of which will include bunks for two or three children, in lengths ranging from 5.38 metres, (17 feet 6 inches) to 6.48 metres (21 feet). 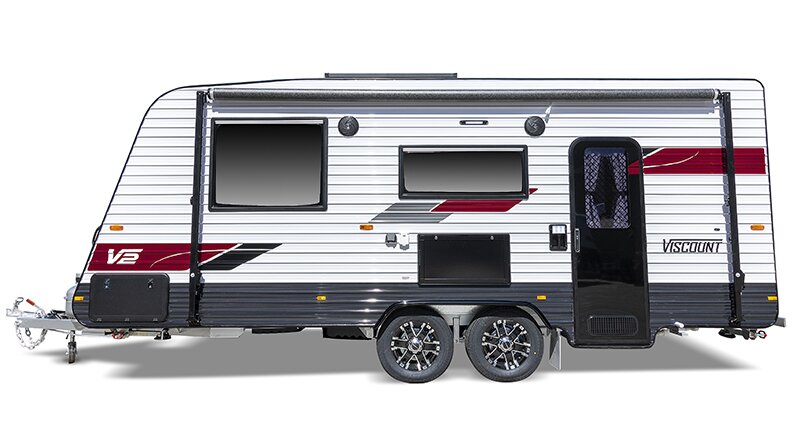 Across the range, the vans will feature queen sized beds, inner spring mattresses and, by the looks of pictures we’ve seen so far, high gloss cabinetry with a modern range of colours available. The kitchens will all get a three-way fridge, four-burner stove and oven, range-hood and microwave. The vans are expected to come with a roof-mounted air con, 100ah battery and 150W solar panel, plus 22in telly, USB charging points and a Bluetooth radio. All ensuite models will also be fitted with a washing machine, moulded fibreglass shower cubicle and 28-litre gas/electric hot water system.

The V3, which is expected to be the longest of the caravans, has more ground clearance and all-terrain tyres, offering a little more off-road ability. All the vans can be fitted with AL-KO ESC.

Prices for the vans will start from $49,990 for the 17-foot, single axle V1, with pricing on the others still to be released. 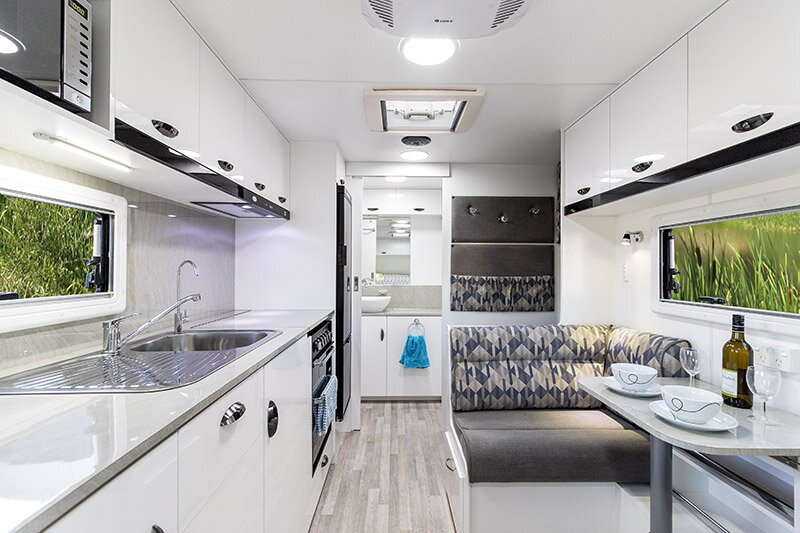 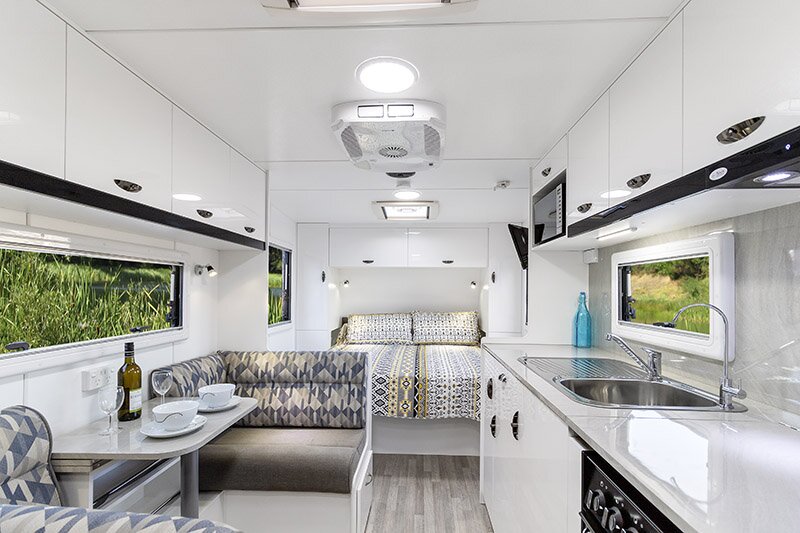 The Viscount Caravans of old, through 1970s and ’80s was the largest manufacturer of caravans, at its peak accounting for up to 7 out of 10 vans built and sold in the country. It’s history is storied, though, and you can read about its rise and fall here.