For the second year in a row Jayco has unveiled a bold off-road caravan prototype at Melbourne Leisurefest, one of Victoria’s largest caravan and camping exhibitions. The concept Jayco XPLO Outback is a squat, rugged looking caravan that seems less concerned with comfort than it does with storage capacity and off-road ruggedness.

The 13-foot van weighs 2241kg, according to a weight slip in one of the drawers, and has an ATM of 3000kg. As displayed there is 279kg of weight on the ball, although most of the storage, including a large front box, is forward of the dual axles. Jayco displayed an indicative price of $69,900, plus options, which included a $4125 hot water heater. As displayed, the van is $77,790. If the product goes on sale (which is unlikely in this exact format), the price is likely to change. There was nearly a $10,000 price increase from the indicated price of the Jayco Adventurer prototype to the real thing that went on sale earlier this year. 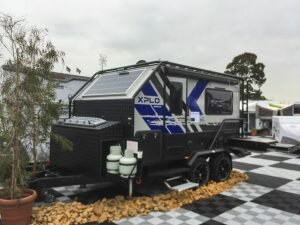 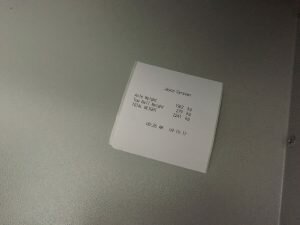 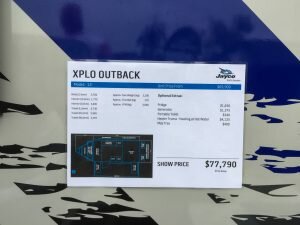 Jayco says it has built this van in response to the speed in which the off-road caravanning and camping segment is growing. While this is only a prototype, the company has built it to get feedback from consumers (you won’t be able to buy this van), so expect to see an expansion of the company’s off-road caravan range, which includes the Jayco Adventurer caravans, and rough-road capable Outback upgrade to all of its models.

Features of the XPLO include off-road, independent J-TECH suspension, all-terrain tyres with two full sized spare wheels, and a full, mandrel bent roll cage completely protecting the van from goodness knows what. Inside, there’s an east-west double bed and a large, L-shaped storage cabinet which is dominated by evenly spaced drawers. The unit’s kitchen slides from the outside rear, and a fridge can be fitted to a slide to the front. There’s provision for motorbike storage on the rear bumper, too. 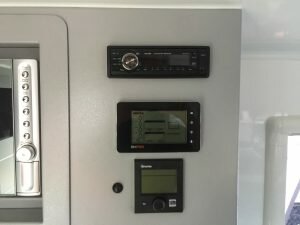 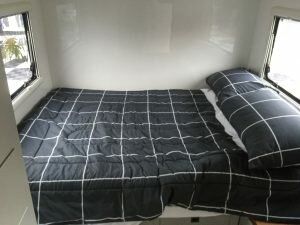 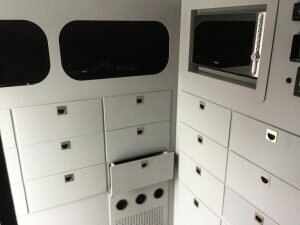 Jayco isn’t the first to build a rugged, heavy off-road trailer designed to carry boats and motorbikes and a reasonable level of comfort into some of the most hard-to-reach reaches of Australia. Patriot Campers has carved it’s own niche building bespoke off road toy-haulers for very specific needs, while On The Move and Royal Flair have also developed products catering for this emerging market.

Some have questioned (me included) the weight of such combinations in off-road situations, as well as the almost ironic need to have such a high-level of comfort during what’s meant to be the most rugged of adventures.

I’d love to know what you think of products like this, and if you’d ever consider using them. Comment below.