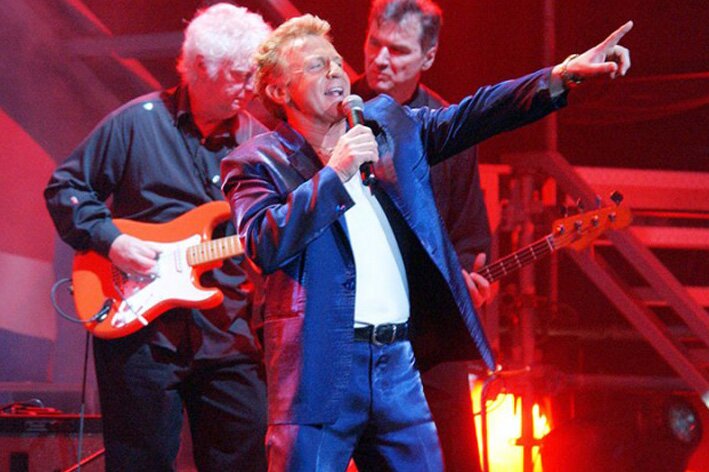 Back in the 1960s he was a pop star as big as they come. With hits like Que Sera Sera and Shakin All Over, Normie Rowe ruled the Top 40 charts until he was conscripted to go to Vietnam in 1968 and his singing career went on hold.

After serving with distinction in Vietnam, Normie left the army four years later and began a new phase of his life as an entertainer.

In the decades since he’s never been far from the spotlight, appearing on TV in both variety shows and acting roles.  Rowe also regularly tours the country on the national club circuit; those 1960s hits still firm favourites with the crowds.   The past year has been especially busy with a tour to mark the 50th anniversary of his very first hit, It Ain’t Necessarily So.

Normie grew up in suburban Melbourne, with his parents Connie and Albie, brother Graeme and sister Lois.   While they didn’t have much money, they did enjoy camping holidays, even if the transport method was unusual.

I didn’t realise we weren’t very rich until later on in my life, because all the kids in my area of Melbourne were pretty much in the same boat. A lot of the people in our street, their fathers were truck drivers and when it came time for holidays all us kids would pile onto the back of a tray truck – there were no sides on the truck. Our parents would climb into the front seat and off we’d drive down to the Mornington Peninsula. We often camped around Rye and Rosebud, mostly in national parks.

What was it like living on the road while on tour?

The Playboys and I spent most of our time on the road from about late ‘64 to the middle of ‘66. We’d often stay in caravan parks in this big dual wheel caravan towed by an old Chevy. Being on tour it was almost like camping because you’d have one relatively small suitcase and a different location every night. We played in every town from Brisbane to Cairns with a population bigger than 2000.   We did one night stands for six months, came back to Sydney to record, then went out another six months.  It gave me an incredible love of being out on the road, meeting people in rural areas.

Have you done any camping outside of touring?

I spent a great deal of time camping when I was in the army. It was very different. We’d camp in a different spot every night. I was in an armoured personnel carrier, we’d pull up and shut down, so we spent our time inside these carriers on bench seats or in hammocks. After that I didn’t really want to camp much. My first wife’s idea of camping was a suite at the Hilton with room service and hot water running. My second wife on the other hand grew up out west of Bourke and camping was a thing that everybody did, you know, everybody had a bed roll. 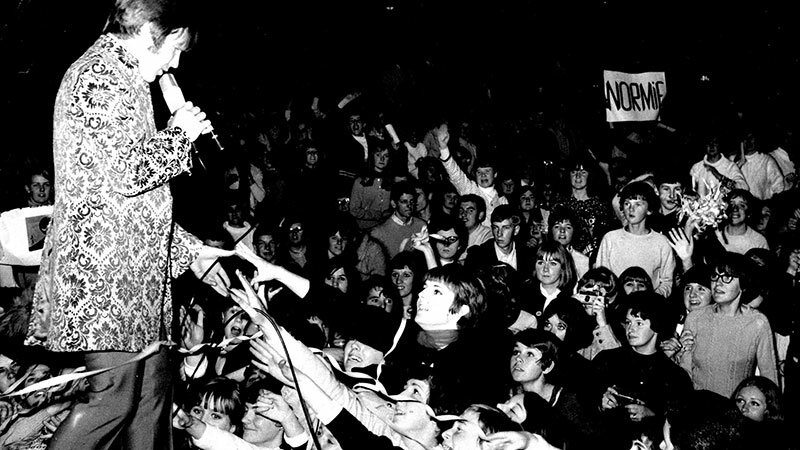 Tell us about some of your favourite camping memories.

I remember we had this one Christmas in the early 1980s where we camped with two or three other families at the Colo River in the Upper Hawkesbury and I was able to use all these skills that I’d learned in Vietnam; setting up hutchies, a big tarpaulin half the size of a footy field for shade, and a rotisserie to cook a big side of lamb over the fire. I did all that with my Swiss Army pocketknife, which you could do just about anything with. All the kids were running around and just enjoying the outdoors, it was a fantastic holiday.

Any not so great camping memories?

Memory is a wonderful thing; it does tend to put a lot of the good things at the top of the list. I’d rather remember the fun things. There was one great thing. In Vietnam we had a driver named Dallas, who was a bit of a portly chap and he loved his food. We were eating American rations, and he got his parents to send all these spices and herbs over. We were eating gourmet meals every night when he cooked.

One other time I was out bush and sick of eating cold meals, so I made a cage out of fencing wire I could drop it onto the hot air exhaust to heat up my beans. I placed it on the back about 10 minutes before we were due to have lunch, then went to sit up the front. Driving along we heard this incredible bang! We turned our guns to where we thought the shot came from, and the whole troop opened fire towards the bush – bang, bang, bang. When it had calmed down and we realised we weren’t taking any incoming, I looked over and saw the can of baked beans all over the side of the car.

Do you have any camping tips?

Yes, if you’re going to eat canned food, pierce the can before you put it over the fire.

I’ve done a lot of Variety Club Bashes, and they always look for really out of the way places. If anyone wants to break into the outback, I’d recommend hooking up with a Variety Club Bash and become involved in it, raise money for kids, and see awesome places. I joined a bash in Kalgoorlie one time, and we headed some 400km north of the city…. when we arrived at the location, which only had a grid reference, there here was this big army set up with a camp kitchen – we had a black tie dinner in the outback. It was surreal. Another bash took me to Ararat in Victoria and I ended up sharing a car with Peter Brock through the Grampians. Variety does some absolutely amazing things, and being involved with them over the years has been such a great joy.

What are some of your favourite Aussie destinations?

I’m happiest when I can’t see anything man made. One of places that I loved more than any was in the Kimberley, WA, because it’s just so different, it’s unique. Things such as the Ord River, Kununurra, the sunrise and sunsets, the springs and freshwater lakes, crossing the Fitzroy River is amazing and the Bungle Bungle Ranges, they look just like a giant chocolate layer cake. You can’t believe how fantastic it is. Big vistas enthral me. For great views, Mt Keira out from Wollongong is fantastic. Maleny and Montville, the Gold Coast along Springbrook. Australia has some amazing vistas.

I’m not a big camper, you know, I’ve done it. I’ve done caravan parks, I’ve slept in tents. I bought a bike about 12 years ago and I put a tent on the back to go see places I’d never seen before. Australia is never-endingly surprising and people who don’t leave the cities all their life just miss out. On the road up around Biloela, there’s just this fabulous expanse of a valley in front of you. Travel has just given me such a love of this great continent. I haven’t ridden it for about two or three months because of the weather, but there’s a good chance that I might take off and find a little spot.

Link: Read more in Issue 18 of Time to Roam Australia.