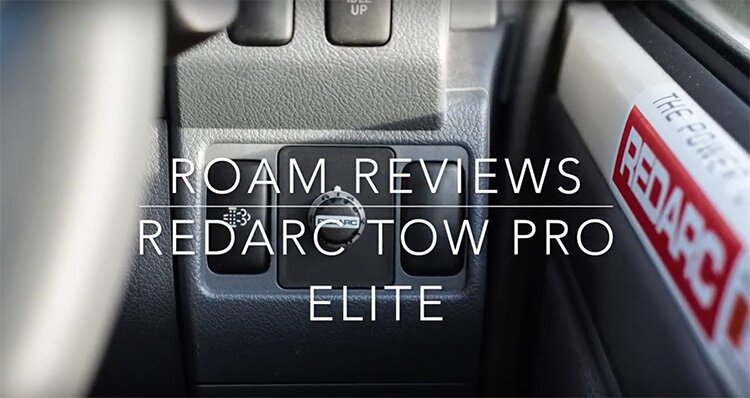 Electric brake controllers have come a long way since electric brakes were first introduced in the 1970s by the company that is now AL-KO. From the large and bulky boxes that sent a predefined amount of electricity to the brakes, no matter how much you actually needed, to the more sophisticated, but still bulky inertial sensing units that made braking far less jerky.

But it was Redarc’s innovation, about a decade ago, that really changed the game in Australia. The South Australian manufacturer released a remote mount unit that hid the control box out of site and just left a small dial and button on the dash, which not only looked better, but left more knee room around the foot well. The only problem with them, was that they were manually controlled, and so suffered the same problems all manually controlled brake controllers did – you have to manually control them.

The Redarc Tow Pro changed all that. The first remote mount, inertial controlled brake controllers were revolutionary – the control box could be mounted out of sight on any angle, and they still offered smooth and modulated braking performance. But they had to be calibrated, which although it only usually took a little bit of time, essentially meant towing for up to a few hundred meters without trailer brakes. The Tow Pro Elite addressed all that, and has become the gold standard in brake controllers – it’s, for many car manufacturers, the brake controller they offer as a factory fitted accessory.

Although it’s one of the most expensive electric brake controllers on the market, we take a look at the Redarc Tow Pro Elite to see how it really performs on the road, with a heavy caravan on the back.

Which brake controller do you use? Tell us how it goes in the comments.