Are you sure that’s been renovated?

TIM ELLIOTT is one of a growing number of VW Kombi owners who aspire to keep their renovated vehicle looking as original as possible.

He shares his renovation with us, and explains the reasoning behind his desire to stick with an ‘un-renovated’ aesthetic.

Where did you find your Kombi and how did you come to buy it?

A friend found it on a station at Coober Pedy, SA. I acquired it from him in 2007.

What shape was it in?

Pretty rough and rusty, the bottom six inches or so were replaced with new steel and original pressed repair panels. It was a full restoration besides the paint and patina. 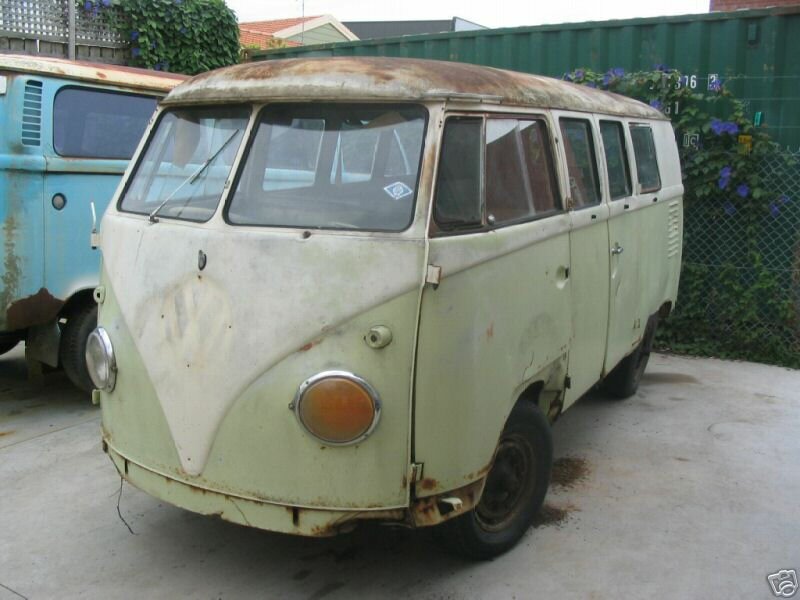 The Kombi before restoration. 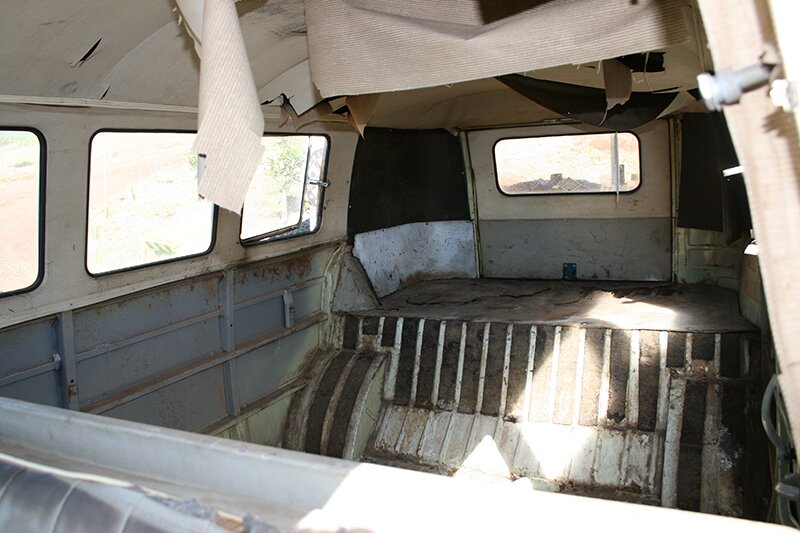 The interior before restoration.

It’s a 1962 Type 2 Australian built Microbus. A Microbus is basically a more comfy, nicer interior model and more seats than a standard. I know very little else about its history besides the outback Australian graveyard where it was dumped.

It was basically stripped when I got it. The engine and gearbox were gone along with the electrics. There was hardly any interior left. The mechanicals were the main priority so the suspension has been upgraded to IRS (Independent Rear Suspension) and a later model Beetle gearbox along with later model Kombi disc brakes up front and drums on rear.   I also put on a brake booster so it actually stops! All of this allows for a smoother more comfortable driving experience with the earlier look. 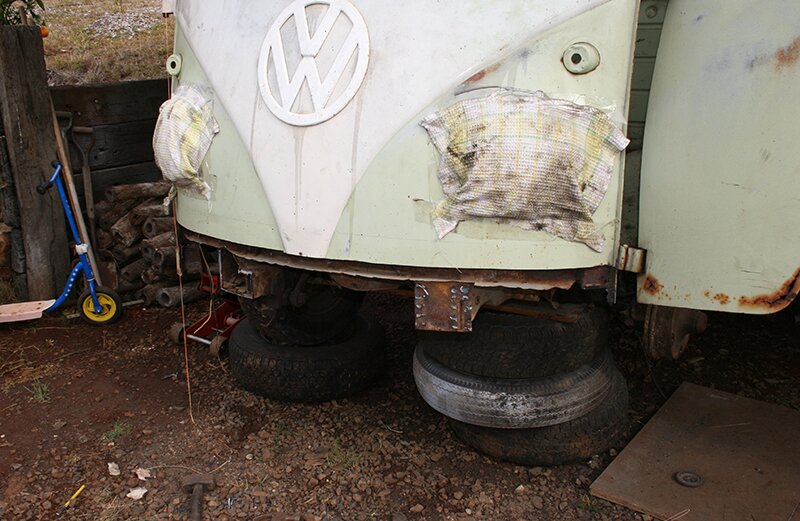 Showing the extent of the structural restoration required

What was the big attraction in the “unfinished” look?

The aim is to dig it up and drive it –you put it on the on the road in the best structural condition as possible then use it as it was intended.   It’s like buying a piece of antique furniture – you don’t fully restore it. You have scuff marks and patina and natural wear as nature intended.

Put it this way, if you’re going to restore one, you have to make sure you do it exactly right and it will cost you big bikkies.  If you do it this way, you haven’t damaged your investment, because you haven’t sand blasted it and repainted it in the wrong type of paint or colours people mightn’t like.

Part of the attraction is to get one with original paint because as soon as you paint it it’s not unique and it’s not original. Anyone can paint a van but you can’t recreate nature. 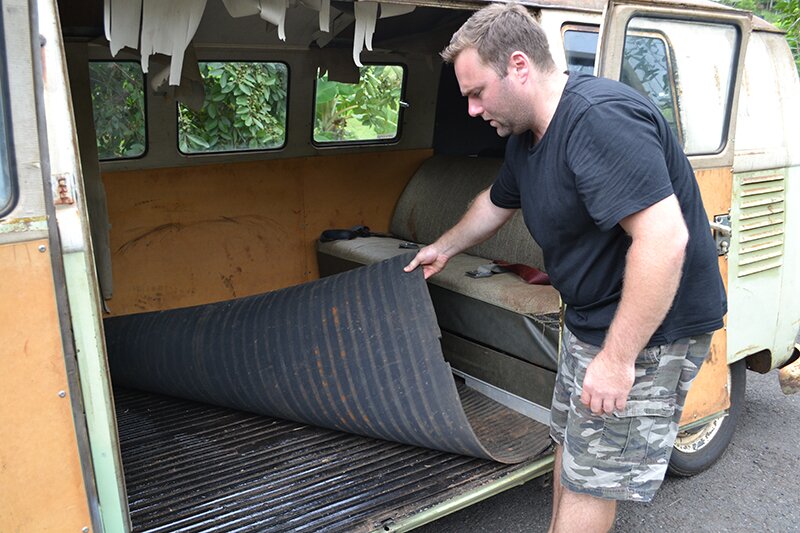 The replaced floor now covered with an ant-rust compound

Any tips for others would-be restorers?

I always tell people, vehicles rust from the inside out so it may look good on the outside but you need to look a little deeper. Also don’t jump into buying the first thing that comes along, do your research.

Tell us what you use it for now, what have been some of your most memorable experiences

We get out every other weekend and do the shopping along with regular camping trips. Our family of five can squeeze in at night and it adds that extra level of fun. No matter where you go people want to chat about their own experiences with VWs and comment on how they love them. One comment we get almost everywhere is “When are you going to paint it” I tell them it’s done.

Link: Read more in Issue 13 of Time to Roam.