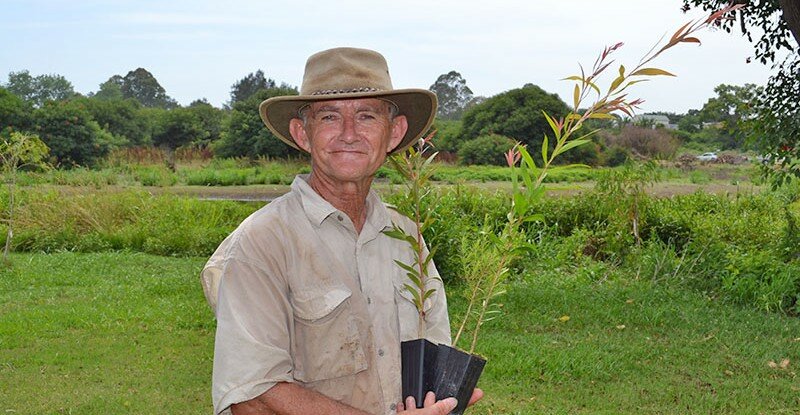 Just One Tree at a Time

Derek Goodwin has been quietly waging one-man campaign to clean up waterways.

PARIS BOSCH finds out how Derek’s mission started and what plans he has for the future.

Lismore is a city full of people who care about the environment, with thousands turning out recently to march against the evils of coal seam gas.

In this city of environmentalists, its surprising to know that one man has spent more than half a decade waging a war against one of the region’s most pressing environmental problems, largely on his own.

It was back in 2008 when Derek Goodwin began his personal crusade to clear out and destroy feral plant pests.

Derek and his team of volunteers

He says it sprang from concern for the wellbeing of children, after a Catholic parish hall located near the overrun Hollingworth Creek decided to establish a childcare centre.

“The area behind the hall was terribly overgrown, so much so that you couldn’t even see the creek because of all the lantana and exotics that were there.”

“The thing about these exotics is they’re so thorny you simply can’t be near them, and I thought that’s not the ideal situation so I started to clear it back to make it safe for the children.”

One of his biggest challenges comes from prolific coral trees that have infested the land.

“Once coral trees get in they’re like a virus that takes over the whole area. They’ll outgrow any native plant and immediately shade it out, so nothing else has a chance.”

“It’s also virulent in the way it spreads. It has thousands of seeds per tree and can grow off itself, so if any part of the coral falls into the waterway and is carried to a bank, well you’ve got yourself another tree. It’s an enormous task, but it really is important to get them off the waterways.”

To date, Derek has successfully cleaned up several kilometres of riverbank.

More recently he’s turned his attention towards restoring a 10 hectare lot known as Duck Pond, so local residents can once again enjoy it unhampered by corals and other feral weeds. 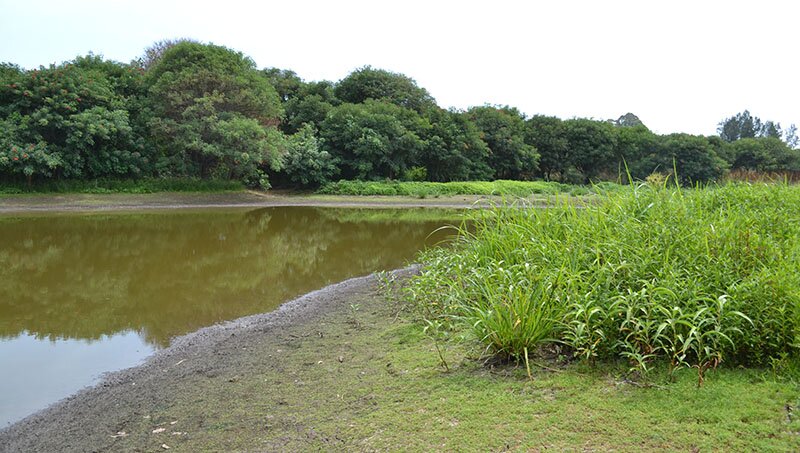 The Duck Pond at Lismore

“So far we’ve cleared around 50-60 per cent of what we call the eastern area, but it’s a many, many year project as a lot of it is done by hand. You have to poison the corals, cut them down, clear them and then replant indigenous trees so it’s a long process.”

According to Derek, it is seeing the difference his work makes encourages him to keep going.

Link: Read more of the interview in Issue 13